If the twitchy, arcade-y run ‘n guns that populate the vast majority of the first-person shooter genre aren’t doing it for you these days, you may not be having a problem with the genre per se’. It might be that your gaming palette just demands something a bit more methodical and grounded now. If that is the case, then Black Matter’s Hell Let Loose might just be the ticket for you. It proudly wears its intentions as well as its flaws on its sleeve and makes no apologies for either. While its unforgiving nature might be an acquired taste for many, and it likely won’t really click with you until you’re several hours in, this particular road to hell is likely worth traveling for those looking for a truly hardcore World War 2 simulator.

Hell Let Loose doesn’t waste much time before thrusting you into its mix of first person shooting and real-time warfare strategy. Once on the ground, you’ll want to immediately begin and sustain constant communication with as many of your squad mates as possible, as the most organized and efficient team of 50 is often the winner of the game’s 2 main modes; Offensive and Warfare. Both of which are basically centered around the concept of a huge map where up to 100 players compete for control of the map’s handful of zones scattered throughout the area while a timer ticks away. As previously mentioned though, communication is the main key here. One can voice chat with their designated unit, with whoever is near their current location, or of course commanders can functionally talk to the entire army by talking directly with leaders of each unit. Soldiers within each 6-player unit are tasked with carrying out their specific duties whether that be medical, engineering, assault, support, or other focuses. All of which have their own unlockables that slowly fall into place as you use them. But everyone also needs to be able to think on their feet and pick up players’ slack at a moment’s notice, and this is where a lot of the spice of Hell Let Loose comes from. When a rigid strategy comes into conflict with unexpected complications, your team’s mettle will be tested, and you will either sink or swim together. 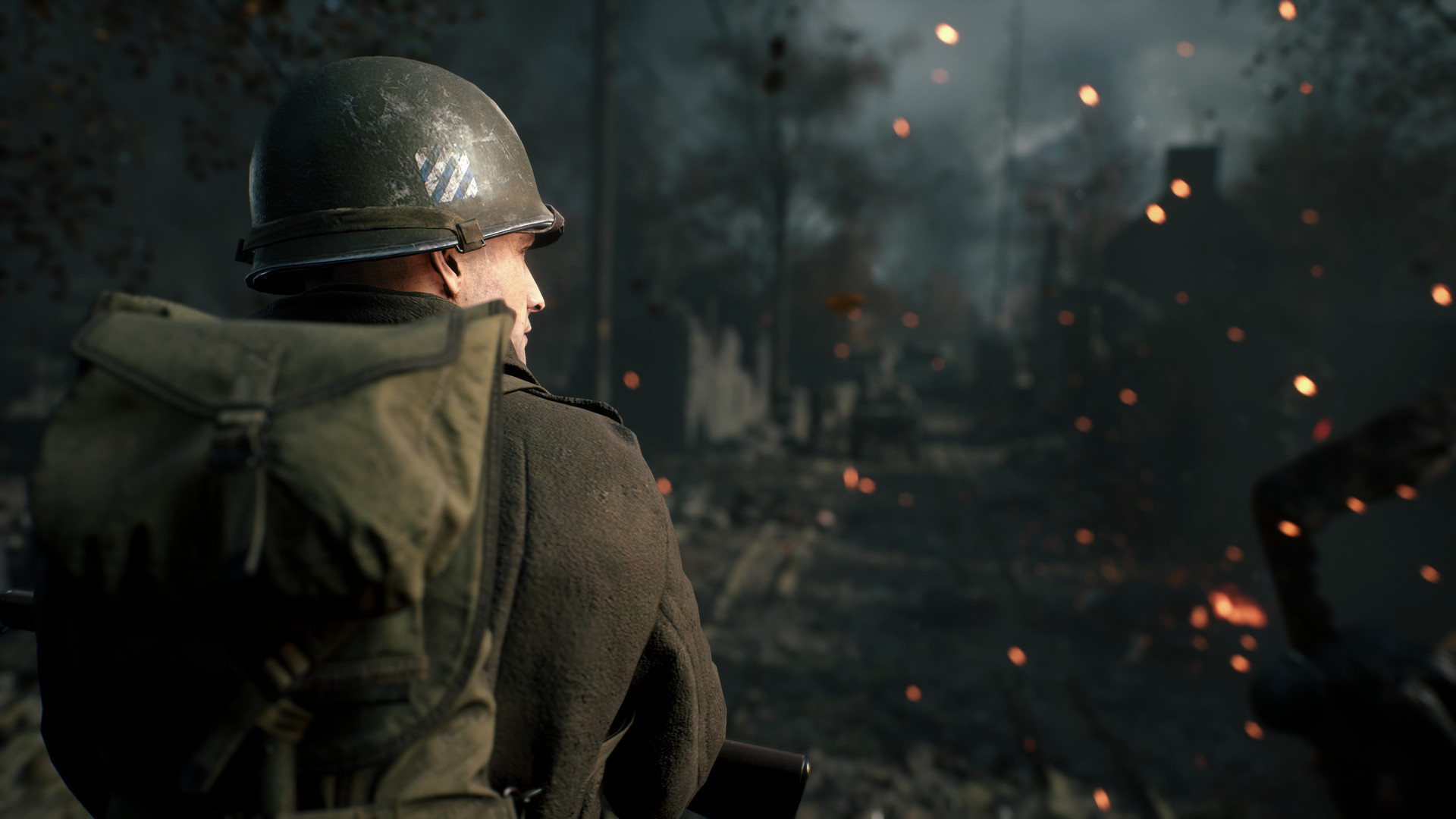 "While its unforgiving nature might be an acquired taste for many, and it likely won’t really click with you until you’re several hours in, this particular road to hell is likely worth traveling for those looking for a truly hardcore World War 2 simulator."

Respect for the game’s general concepts and themes aside, on a technical level it’s a bit more of a mixed bag. The environments are generally well-crafted and highly detailed with dilapidated fences, partially-incinerated houses, and other ravages of war abound. These pockets of highly engrossing areas don’t encompass the majority of most maps though. Most of what you’ll see as you traverse the landscapes on your way to your next destination are large empty fields lined with the same bushes and trenches that you saw in the last map, and while this is probably more realistic than loading up each map with all sorts of interesting locations, it also can make long stretches of gameplay feel a bit dry as you will spend a rather large chunk of your playtime crossing big swaths of the map.

This is especially true when you’re first starting out or when you end up on a poor team since you’ll be dying more often. This can of course be alleviated with vehicles, but then you pay the price of being a massive target for enemy forces. Even when you’re in one of the game’s more visually interesting spots there’s rarely anything to find there anyway. In fact, they can draw the eye of the enemy as well, so your team really shouldn’t hang around in them for long anyway, unless of course your strategy specifically requires that. Customization of your soldiers’ attire is similarly full of respectably accurate options but nothing special. The flipside for the game’s visuals being a bit barren and plain is the game running pretty well most of the time and setting the mood effectively with nice lighting on top.

From a wider view of the game, those drawn-out segments of traversal and strategy are really just the connective tissue between the game’s brutal firefights where one wrong move can alter the course of the entire battle. It’s in these moments – where you and your opposition are finally having it out – the most prepared and efficient team will almost surely prevail, and all of the buildup of strategizing and execution comes to a head. The nuts and bolts of the combat are about as basic as it gets though. Holding R1 will bring up your unit-specific options like health packs, grenades, mines, or binoculars, but the rest of the controller layout is standard FPS fare. Although I do appreciate the ability to sprint while crouched – which you don’t see every day. While I never found any major problems with the combat itself, and support for the DualSense’s adaptive triggers was nice, I have to admit some of the basic actions are a little too slow and chunky for their own good.

"From the arrhythmic snaps of distant gunfire to the iconic ping of an MI Garand’s final bullet ringing out, Hell Let Loose’s atmosphere is brought together nicely with a vast array of authentic sounds that engulfed the many battles of World War 2."

Ducking behind a wall to avoid incoming fire, or going prone in the grass to avoid being seen by an enemy soldier as they’re coming around the corner feels like it takes an eternity in those tense moments, and in a game that punishes mistakes so heavily by taking you all the way back to one of your claimed spawn points, that can be a real bummer at times. Still, everyone you’re fighting against has to deal with the same things, so I suppose it’s technically not unfair. It’s just moderately annoying in those moments, and it doesn’t help the already prickly gameplay go down any smoother. Getting killed by enemies you never even see and having very subtle – if any – indication of where their fire is coming from are also things that are should be filed under the category of “effectively realistic but at the cost of congeniality”. Fleeting moments of frustration can quickly give way to the game’s many satisfactions if you luck out with a great team, but the opposite can be said if you don’t, unless you have at least 40-ish friends who are all as good at (and dedicated to) the game as you are. But I think for most of us that won’t be the case.

The game’s sound design brings an extra bit of shine to the overall experience. From the arrhythmic snaps of distant gunfire to the iconic ping of an MI Garand’s final bullet ringing out, Hell Let Loose’s atmosphere is brought together nicely with a vast array of authentic sounds that engulfed the many battles of World War 2.

Hell Let Loose is something that most online multiplayer shooters are afraid to be. As any misstep in unbalanced map design or overpowered classes could result in an instantly broken experience for everyone. Despite some clunkiness with finer movements, some stretches of dullness that go on a bit too long, and the inevitable inconsistencies that any online game is destined to deal with, Hell Let Loose often adds up to a good time, and sometimes even a great one. It doesn’t do much to go above and beyond, and its deficiencies might be enough to stop some from enjoying its strong points, but for the players the game is clearly aimed at, its flaws are mostly forgivable.

Too much downtime; Some movements feel overly sluggish; The maps feel empty.

Final Verdict:
GOOD
Hell Let Loose does little to overcome the downsides of its realistic take on World War 2 and strategic gameplay, but manages to reap some rewards out of it as well.
A copy of this game was purchased by author for review purposes. Click here to know more about our Reviews Policy.