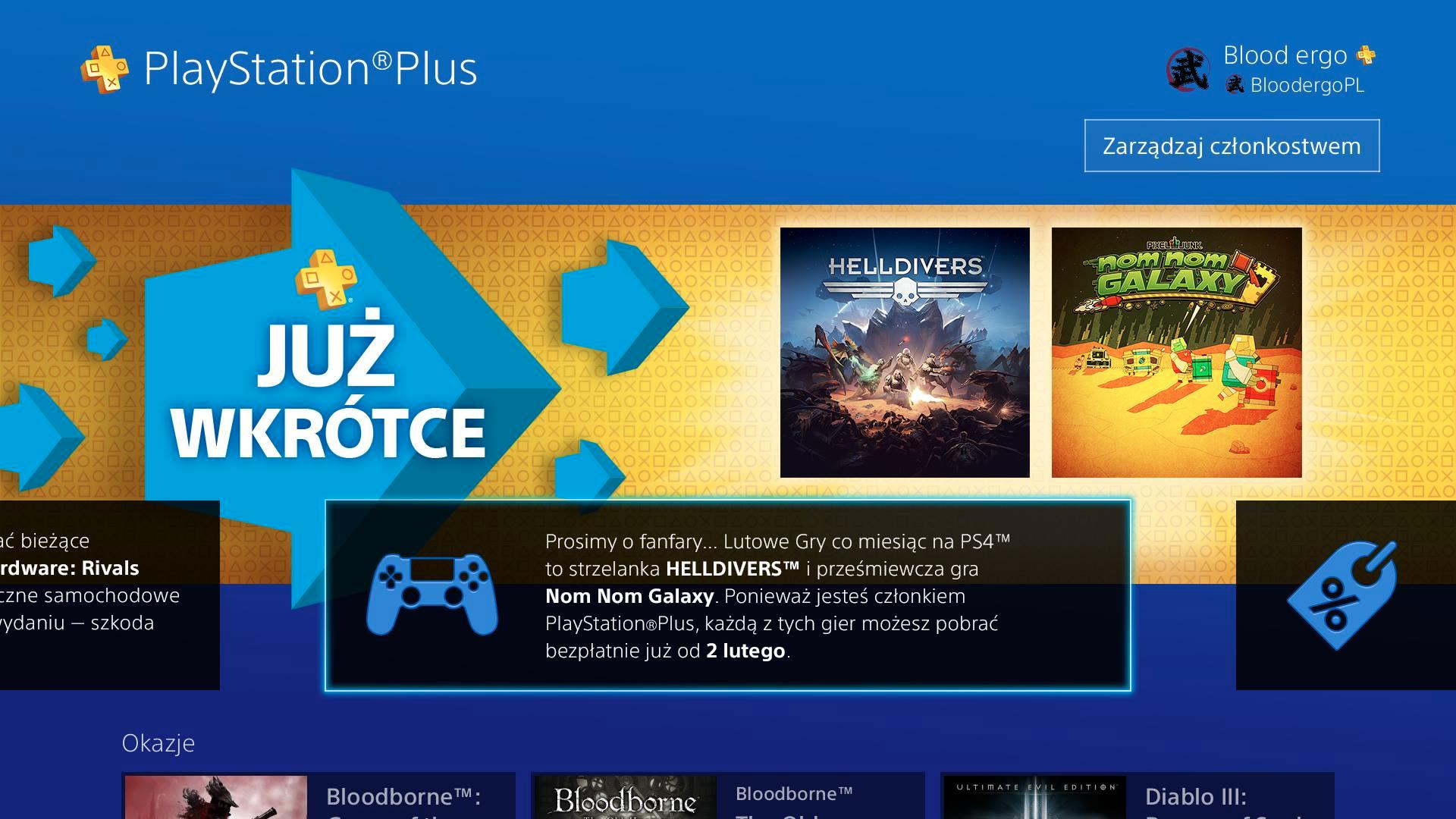 PS Plus’s offerings for the month of February appear to have been leaked slightly ahead of time, at least for the PS4; according to a Reddit user (also verified by VideoGamer), Sony have mistakenly put up February’s PS Plus offerings under the PS Plus tab on the PS4 early, leaking the games that will be offered in the process.

And what are these games? Well, once again, they are nothing special, though it’s a minor step up from the horridly abysmal showings the service has had in the last couple of months. PS4 players can expect to get Helldivers, which is an excellent co-op title, as well as something called Nom No Galaxy, which I can admit to having absolutely no idea about.

The offerings for the PS3 and PS Vita are as of right now unknown, but they have to be better than this.

My PS Plus runs out next month; I’m really thinking of letting it lapse.