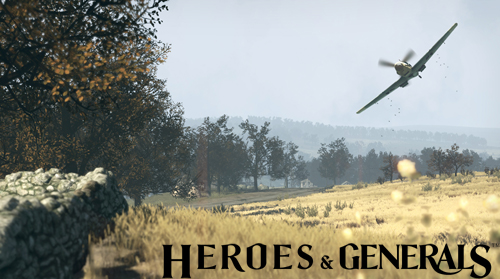 Reto-Moto have today announced that Heroes & Generals has entered into a closed beta.

The highly anticipated Heroes & Generals is a free-to-play massively multiplayer World War II shooter from the original creators of the Hitman series. Featuring explosive online battles between the axis and allies in a ongoing fight for European domination.

Heroes & Generals attempts to eliminate the bland, shapeless baggage that weighs down the  genre by delivering both a satisfying strategic action combined with a full blown first-person-shooter experience.

Players are transported from the cushy warmth of their web browsers to authentic WWII battlefields, fighting alongside thousands of other gamers in a constantly shifting battle for military supremacy.

To be in with a chance of nabbing a beta key for yourself, head on over to the www.heroesandgenerals.com community site.