Hitman Absolution Review: An Impressive 9/10 From a Polish Magazine

Hitman Absolution is shaping up to be a fantastic game, and our preview only confirms that. The game comes out later this month on the PS3, Xbox 360 and PC, and it seems we have our first review for the game where it scored a fantastic 9/10.

The magazine that gave it the score was Official Playstation Magazine. In the review is is mentioned that the AI is great, the game is difficult even on lower difficulties, and the single player is about 15 hours long. 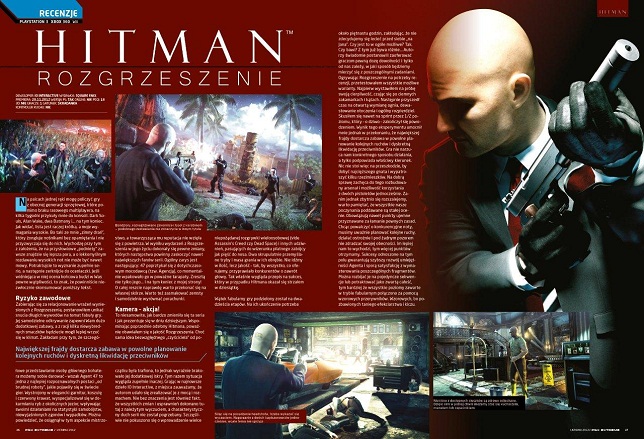 Here’s what our preview had to say about the game:

“IO Interactive and Square-Enix have something very special with Hitman: Absolution. They’ve taken the beloved franchise and significantly upped it to the level of an intelligent summer blockbuster. It’s absorbing yet intricate in it’s mechanics and rewards both the road less travelled and the one revisited. It’s already looking like a major winner, not only for the franchise as a whole but as one of the more compelling stealth/action titles to come out in recent years,” our author Ravi Sinha wrote.

Magazine reviews are always a bit on the higher side when it comes to score so we would recommend waiting for the embargo to lift.