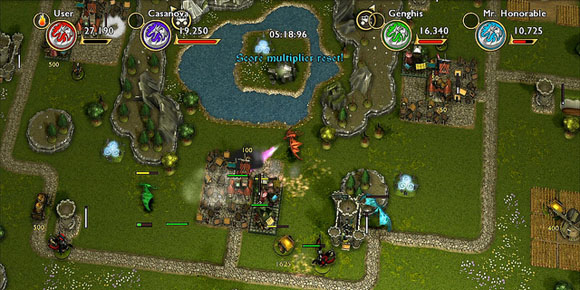 Hoard will release via Steam for your PC and Mac on April 4th, and will retail for $9.99. Pre-sales will begin on March 21st with a limited time “fire-sale” discount of 25%.  In addition, sharing with your friends is rewarded, as a 4-pack of Hoard can be purchased for the low price of $28.00.  Steam Play is supported, meaning Steam users who own both a PC and a Mac only need buy the game once.

Here’s some info of the game as provided by the devs:

“The Steam version includes the same fire-breathing fun as the console release plus some brand new features.  The game has 4 modes, over 35 levels, leaderboards, full multiplayer suites (4-player co-op and competitive), and 100+ Steam achievements. In addition, never seen-before features such as Night Mode (for vibrant fiery goodness), a Winter tile set, and new maps are added as a reward for PC and Mac fans’ patience.  Finally, cross-play allows PC and Mac users to compete or cooperate in their quests for gold.”