The team at Yggdrazil Group talks to us about their horror title, now out on consoles as well.

Posted By Shubhankar Parijat | On 28th, Nov. 2018 Under Article, Interviews

When Home Sweet Home, developed by Thailand-based Yggdrazil Group, launched for PC in 2017, it slipped under the radar a little bit. But ask those who played it, and they’ll tell you that it was a great game, one that delivered one of the most unnerving scariest experiences in the industry in years. About a month ago, Home Sweet Home launched for PS4 and Xbox One as well, with VR support on the former, giving even more players the chance to get scared out of their wits. Excited about the release as we were, we sent across a few of our questions about the game, and a few other topic of interest to us, to the developers. The following questions were answered by Sarut Tubloy (game director), Pngtham Nantapan (game producer), and Natthayaton Chinthanatsitthi (game marketing). 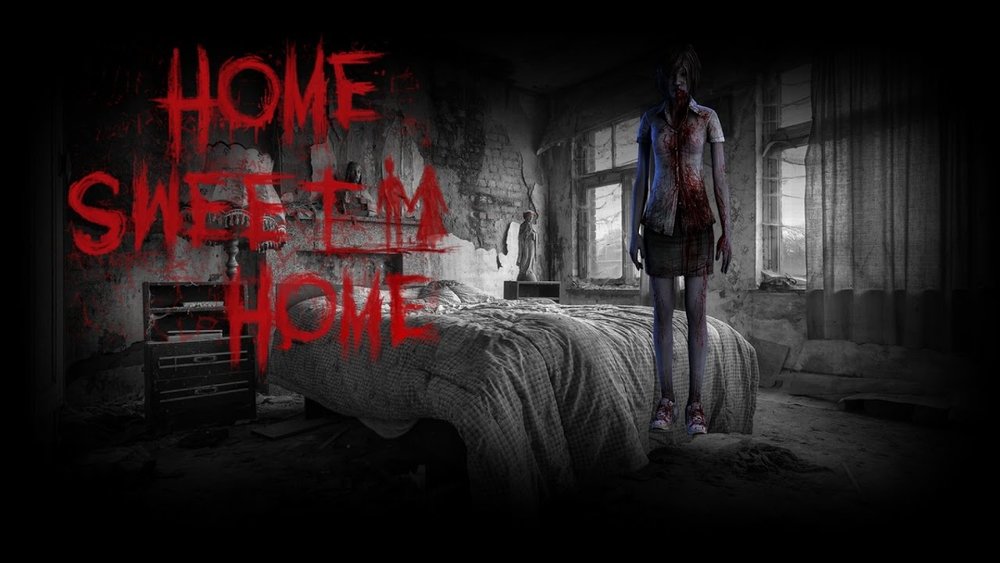 "Given that the PC version of the game was well received, we had hoped that we could move the game over to consoles. Fortunately, there was enough interest in our game from both Thai and international fans, so it naturally made sense to bring the game to consoles."

What would you say are some of the most unique aspects of Thai horror stories?

The majority of Thai horror stories are attached to the concept of the religion that most Thai people believe in. This includes the existence of sin, merit, and the afterlife. To simplify this: sin is a product of an evil deed, while merit is a product of a good deed.

In Home Sweet Home, each evil spirit that the player will encounter originates from a different sin. For example, the red-eyed Petra is the afterlife form of a teen who disrespected and abused his parents. The teen continued to pile up sins until his untimely death. Thus, he was cursed to roam the afterlife as a Petra. Additionally, most of the Thai ghosts still reside in this world because they still have something that is tied to the world of the living. And until it is resolved or concluded, they cannot proceed into afterlife peacefully.

More importantly, Thai society is based on collectivist culture. We tend to be in a group, and relationships are a very important aspect of our daily lives. A lot of Thai horror stories stem from relationship problems… whether it’s family or friends, it’s usually be the main focus of the protagonist.

Was it always a part of the plan to bring the game over to consoles?

Given that the PC version of the game was well received, we had hoped that we could move the game over to consoles. Fortunately, there was enough interest in our game from both Thai and international fans, so it naturally made sense to bring the game to consoles.

Can you tell us about how stealth is used in the game?

We use stealth in Home Sweet Home primarily as a means to enhance tension and to change the gameplay from hunter to hunted. There are many points in the game where the player will need to hide from one of the spirits in order to survive and complete their current objective. In a few instances, the player will even have to find a way to hide from multiple spirits that are trying to seek them out. This type of life-or-death stealth is used to instill intimidation, panic, and fear in the player. We also relied on the use of audio as a means to warn the player that danger is near and to help them navigate the twisted labyrinth. Having audio cues like Belle’s boxcutter allows the player to think about the best course of action. “Am I safe, or should I make a mad dash to my destination?” This sort of question is something we always want the player to be internally debating while they play the game. 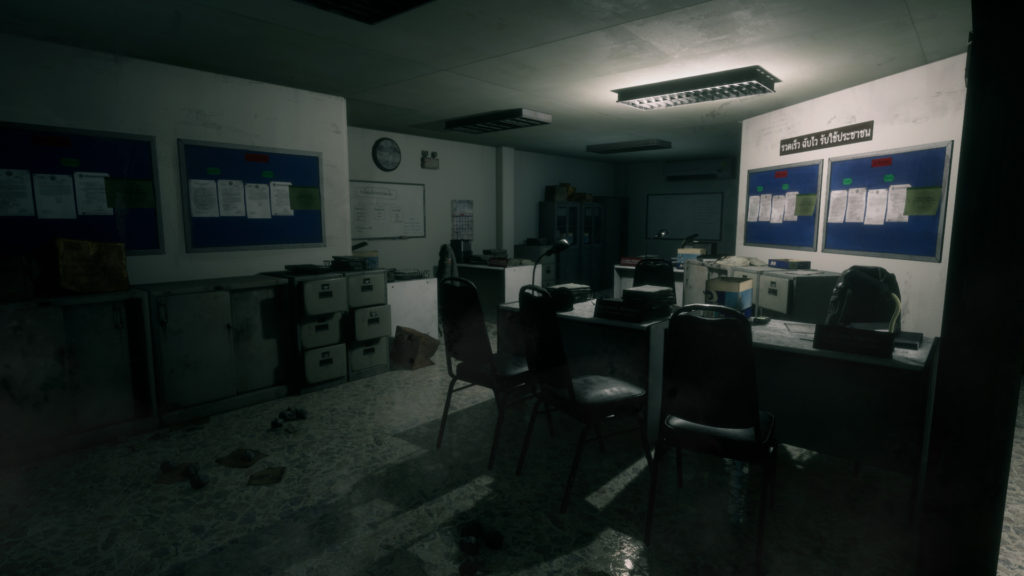 "Most horror-based PC games are played behind the glow of a computer monitor, sitting at a desk. With the console version we want the experience to be akin to watching a scary movie with a friend or loved one by your side – someone that can share all of the terrifying moments with you, and then laugh about them later… after you’ve caught your breath."

Are there any changes in the console version of the game as compared to the PC version?

Most horror-based PC games are played behind the glow of a computer monitor, sitting at a desk. With the console version we want the experience to be akin to watching a scary movie with a friend or loved one by your side – someone that can share all of the terrifying moments with you, and then laugh about them later… after you’ve caught your breath. The console version will also lend itself to easy streaming for those who wish to share the experience with an audience. Additionally, we hope that players will find that the PS VR version of Home Sweet Home is the most immersive and gripping horror experience to date!

How exactly are puzzles and investigations used in the game?

Similar to stealth, we use puzzle to mix up the gameplay and atmosphere. In order to advance the story, players will need to solve puzzles at various points throughout the game. In the process, players will also discover collectibles items, documents, and hear radio news broadcasts. All of these items relate to the spirits and the game’s overarching story. Apart from that, pages from Jane’s diary will also be littered throughout the game. By reading these entries it gives the player some insight into Jane’s world and her relationship between her and Tim.

How long would you say it takes to play through the entire game?

Roughly 5 hours. Maybe more if the player is susceptible to a few good scares! Then it’s likely that they’ll be proceeding through the game a little slower and with extreme caution. For the completionist who wants to find all of the collectibles and get all of the Trophies and Achievements… maybe a good 7-8 hours.

What can you tell us about the game’s story and setting?

The story revolves around a man named ‘Tim’ whose wife ‘Jane’ goes missing. One night, after sinking into a deep depression, Tim falls asleep and awakens to find himself in a strange and unfamiliar place. He immediately begins to search for an escape and starts to piece together clues regarding his wife’s disappearance. At the same time, Tim will discover that he is not alone, and is being hunted down by malevolent spirits. As players progress through the game they will unravel mysteries, solve puzzles, and the game’s dark story will begin to unfold.

Are there any games in particular that inspired this game’s development?

Definitely Silent Hill; it’s our game director’s favourite horror game. What mainly inspired us was the atmosphere, pressure, and psychological ambience that we’ve spread throughout the course of the game. We sought out to create an experience that would stick with the player long after they’ve completed it.

With so many horror games out there, what is it that sets apart Home Sweet Home?

The difference stems from the effective implementation of Thai beliefs, mythology, and traditions. It’s absolutely great to see a resurgence of horror games on PC and console, but none of them have fully utilized a Thai setting. Some parts of the gameplay stems from real-world Thai rituals as well. We feel that all of these elements combined help to create a sense of uniqueness that has the ability to captivate players.

Are there any major challenges you’ve faced in getting this port ready?

Maybe not for the console port, but for the initial development, yes, there were a couple challenging aspects that we faced. The first challenge was technical experience. As Unreal Engine programmers are quite scarce in Thailand, it was very hard to find the right people to get the job done. The second challenge was game design. To make a game that not only looked scary, but also featured enjoyable gameplay was definitely a big challenge. Also, level design. We constantly needed to think about pacing and when players would be introduced to a new story element, enemy, puzzle, etc. 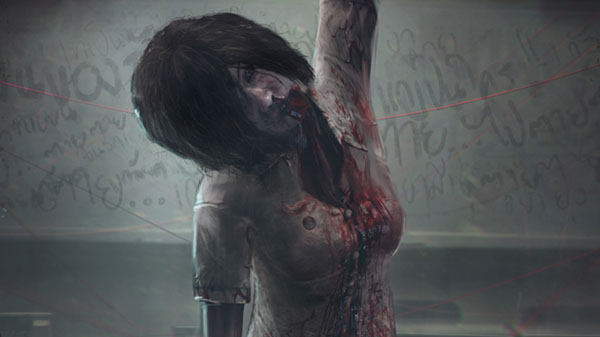 "It’s absolutely great to see a resurgence of horror games on PC and console, but none of them have fully utilized a Thai setting. Some parts of the gameplay stems from real-world Thai rituals as well. We feel that all of these elements combined help to create a sense of uniqueness that has the ability to captivate players."

Will the game feature Xbox One X specific enhancements. What can players expect if they are playing the game on Xbox One X? Is 4K/60fps on the cards?

While 4K isn’t currently supported, Home Sweet Home does run in 1080p at a solid 60fps.

The same applies for the PlayStation 4 version of the game. It was paramount that we locked the game into 60fps to ensure a smooth gameplay experience that didn’t take the player out of the setting… especially while playing the game with PS VR.

Do you have any plans to bring it to the Switch?

Home Sweet Home is tentatively slated for release on Nintendo Switch. Unfortunately, we do not have an exact date at this time.

At the very least, we expect to see a higher graphics resolution output, and 4K will likely become a resolution standard. Future game will obviously have higher graphic requirement, so we’ll naturally want to develop games that are far more realistic.

Furthermore, what are your biggest complaints with PSVR and what improvements would you like to see in the next PSVR if Sony makes one?

VR in general is still in the early stages of development and we’re just now tapping into its potential. We don’t necessarily have any complaints, but we’re eager to see where hardware manufactures take it next.

Loot boxes in some game can actually be fun and rewarding, which of course can lead to an overall positive player experience. However, there are some loot box business models that can really downgrade the player experience and tarnish what could have otherwise been an enjoyable game. That said, we are not totally against the idea behind microtransactions and loot boxes… but, we certainly do not support the ‘pay to win’ loot boxes business model.