Homefront: The Revolution Gets A New Trailer 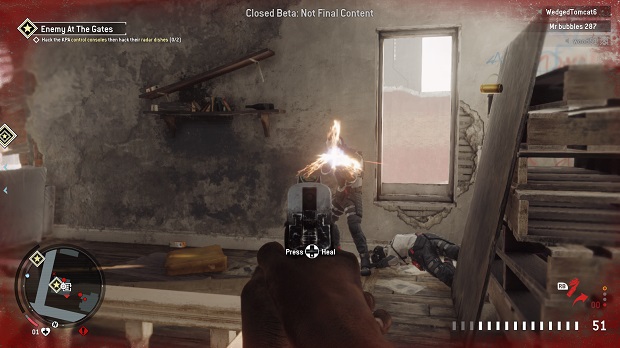 Homefront: The Revolution, which is the long in development sequel to 2011’s Homefront, is finally set to launch in May this year- the sequel, which continues the story of the communist Korean invasion of the United States, promises to finally fulfill the potential of the first game, which had some great ideas, but faltered in the execution- hopefully this game manages to tell a better story in a better campaign, and also realizes the potential of its unique multiplayer modes.

This sequel received a brand new trailer, which you can see for yourself below. The trailer showcases the fundamentals of guerrilla warfare, which the game’s story emphasizes as a subdued and invaded America tries to fight back against the invaders. Which is all well and good, if you can actually buy into the game’s underlying premise in the first place.

Homefront:The Revolution will launch on Xbox One, PlayStation 4, and PC in May. The game’s beta is exclusive to the Xbox One.