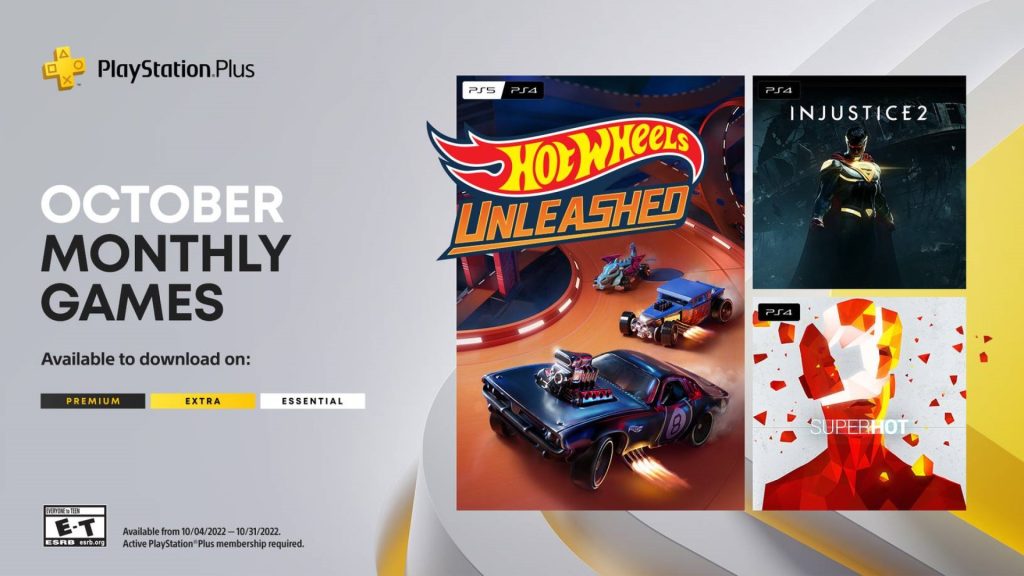 Looks like there isn’t going to be a PlayStation Plus leak this month, for once. Sony has officially announced what the lineup of free games for PlayStation Plus subscribers for the month of October 2022 is going to be, and it’s safe to say that it’s a solid one.

Starting from October 4 until October 31, PS Plus will have three free games on offer- Milestone’s acclaimed arcade racing game Hot Wheels Unleashed, NeatherRealm Studios’ superhero fighting title Injustice 2, and indie fan-favourite first person shooter Superhot. These will, of course, be available to subscribers of all tiers- Essential, Extra, and Premium.

That means subscribers have until October 3 to redeem last month’s games for free- Granblue Fantasy Versus, Need for Speed Heat, and TOEM. Meanwhile, Sony says the lineup of games to be added to the Extra and Premium tiers for October will be revealed in the coming days, so stay tuned for those details.