Hothead Making a ‘Hitchhiker’s Guide to the Galaxy’ Game 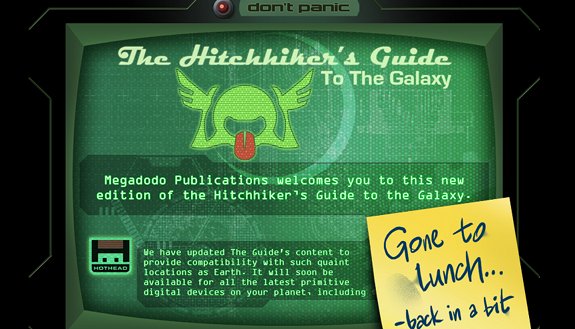 Alright well this is HUGE news for me as I think Douglas Adams, the creator of the Hitchhiker’s Guide to the Galaxy story among others, is a comedy genius.  It started off as a book of course entitled Hitchhikers Guide to the Galaxy, which was then made into one of the funniest movies I have ever seen, but that us just my opinion.  You might love the film or think it is stupid, but never the less it is a crime to not have watched the film all the way through and maybe even a second time as you might not understand some of the jokes the first time around. Even though Douglas Adams continued to make sequels in the form of books the first one is still the only one that has been made into a film. 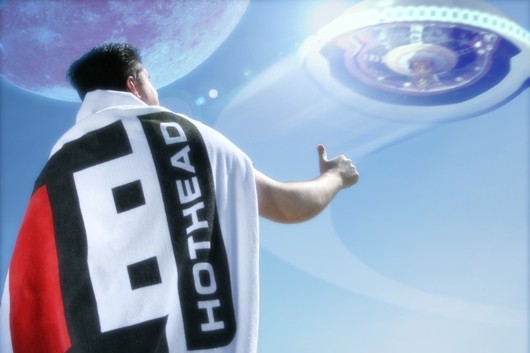 The only asset from Hothead Games

Now the movie is being made into a game with of course no details whatsoever are out, no release date window and not even what platforms it will be on.  An Official Site was put up but doesn’t really detail anything except ‘Do Not Panic!’ which you can check out here.  Only details we currently have are that Hothead Games will be making it and I am really looking forward to it… does 42 mean anything to anyone?  No?  Well then go away!  Just kidding stay… please.  Anyway Hothead jumped on the chance to work on a game for such an awesome movie, I just hope they hold down their end and make a good game while collaboration with Douglas Adams on this project WOULD BE IDEAL.  Hothead’s Joel DeYoung only had this to say about the game..“We’re super excited to be involved with such a legendary creation as The Hitchhiker’s Guide to the Galaxy”.  Well that clears everything up.. wait that doesn’t clear anything up. Hothead if your at E3 this year, we are coming for you!  Keep it here for the latest.  If you want to play the old school text based game for Hitchhiker’s Guide to the Galaxy play her for free.