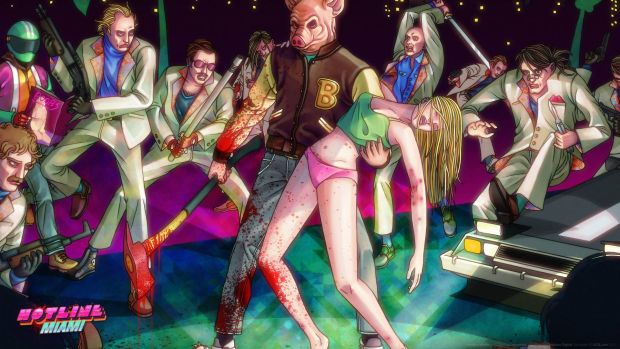 Hotline Miami 2, the sequel to 2012’s breakout indie game that used the vibe and aesthetic of the 1970s to deliver one of the smarter, more compelling game experiences, will be launching in Q3 2014, Eurogamer reports.

“New stuff, old stuff, weird stuff and violent stuff all converging with some surprises,” the developer said on their Twitter feed. “Should be worth the wait.”

Hotline Miami 2 is launching on PC, Mac, PlayStation 4, and PlayStation Vita, although the release date above probably refers only to the PC version.

The sequel is going to play like the first game, but it will build on it, following multiple characters in a story that is equally bizarre and provocative, but, again, going bigger and potentially better on everything. It will also feature an ultra hard Hard Mode, because clearly, your masochistic needs would not be met otherwise.

Will you be picking this game up? And on what platform?