House of the Dead: Scarlet Dawn Announced For Japanese Arcades

House of the Dead is back! 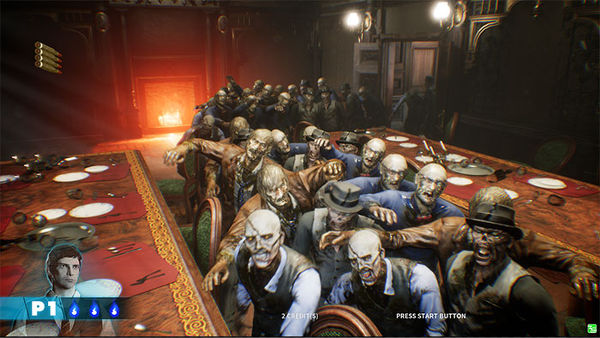 Remember House of the Dead, Sega’s gloriously campy and over the top lightgun based zombie action series? The games were huge on consoles, but the reason the property is as beloved as it isis because of the arcade games, which is where the IP debuted, and became iconic.

It sounds like a new House of the Dead game is on the way- and fittingly, it will be to arcades that it will be coming. After almost a decade long hiatus, House of the Dead: Scarlet Dawn will be coming to Akihabara’s Club Sega later this month; the initial debut is meant to be a test, and presumably, a nationwide release will follow afterwards. For now, it is unknown if there are any plans to bring it to the west, where the arcade scene is far less thriving than in Japan.

It is also unknown whether or not there will be a console version of the game- though given that Overkill did well on Wii and PS3 previously, one would hope that Sega will see it fit to port the game eventually.