Future titles from the arcade developer will be powered by Unreal. 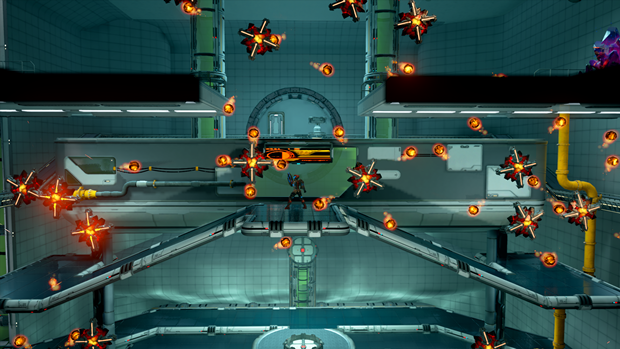 The developers of such beloved arcade style experiences like Nex Machina and Super Stardust HD, Housemarque have announced that they’ve licensed the popular Unreal Engine 4 to power their next game, which we can expect to be shown soon.

While historically, Housemarque would work with their own in house engine, they first tested Unreal Engine 4 with their last title, Matterfall. The popular game development suite has been behind many high profile titles of the generation, helping developers bring games like Tekken 7, Rime, Gears of War 4 and the upcoming Final Fantasy 7 Remake to life. Many developers choose to work with Unreal Engine 4 because of its robust tools and flexibility, which Housemarque CEO Ilari Kuittinen states in a press release as central to their decision.

“We have made the decision to use Unreal Engine 4 exclusively going forwards. Unreal 4 enables fast prototyping, contains modern pipelines and editors for artists and designers and provides really valuable documentation and support forums. Plus, it’s still very customizable so we can still use our award-winning rendering and visual effects tech with the engine. We’ve got some exciting stuff in the works!,” Kuittinen stated.

Housemarque recently announced that they would be moving away from the arcade genre after their latest title, Matterfall failed to meet expectations, and the developer will explore new genres such as multiplayer experiences with robust communities. There were no details given on this upcoming project.