But the Wii U version will have to be remade from scratch. 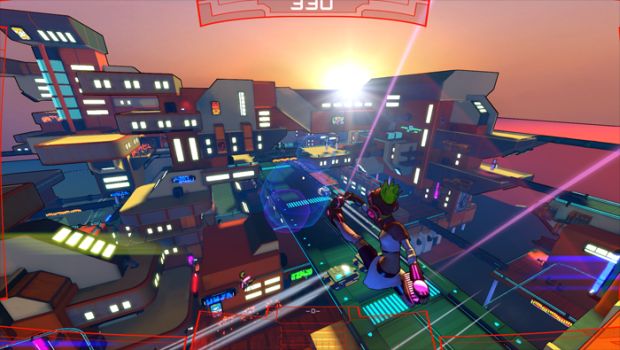 Midgar is currently working on a promising looking upcoming game, Hover: Revolt of Gamers. The game is already available to PC gamers via Steam: Early Access, and it is due to come out for Xbox One, PlayStation 4, and Wii U as well- development on those versions seems to be coming along swimmingly well. Well, at least for the PS4 and Xbox One versions. The Wii U version’s development seems to have run into a few hitches.

“They’re progressing well. There’s absolutely no problem, I’ve been working on consoles for a long time and the technical part is not really an issue,” said Jérémy Zeler-Maury to WCCFTech. “The most complicated part about releasing on consoles is complying with the requirements of the manufacturers and right now I cannot say how much time it will take after the PC version, but by using Unity we know that compatibility won’t be a problem.

“The WiiU version of Hover is the most complicated thing and will be done after the console releases on PS4 and XB1. It will require us to recreate the game from scratch in terms of graphics. We’re using Physically Based Rendering and other rendering technologies that don’t really run well on WiiU. Also, we promised during the Kickstarter campaign that we would tune the gameplay properly, we don’t want to do a cheap port, so it will take some time.”

I am glad to see that they are still taking all the versions seriously, and that they are committed to doing them all justice equally. Still, I can’t help but wonder if this is all not a precursor to the Wii U version being cancelled outright, maybe in favor of an NX port, like it has been with so many games.