Though it boasts solid specs, it comes with a steep price tag attached to it.

The Chinese computer company Huawei may be in some hot water in the Western Hemisphere right now, thanks to its phones allegedly including backdoors for the Chinese government, and some other compliance related scandals halting their sales in the United States. But they still remain one of the biggest producers of computers, tablets, and smartphones by volume, and today, they introduced their newest product.

That newest product is the Mate 20 X tablet. Interestingly enough, Huawei’s introduction of this tablet should raise some eyebrows among the gaming hobbyists—the company specifically introduced it as a better portable than the Nintendo Switch, as you can see in the images from their presentation below.

Then there’s the other factors—the Switch has some of the best games on the market, and has the ability to play The Legend of Zelda: Breath of the Wild, Mario Kart 8 Deluxe, Splatoon 2, and Super Mario Odyssey, not counting the literally 1000+ other games on it. The Mate 20 X plays… Android games. The Switch has physical controls which are equivalent to a full fledged controller (in some regards, thanks to the addition of an accelerometer, a gyroscope, and HD Rumble, beyond a standard controller). The Mate 20 X comes with a one sided controller attachment, that admittedly has an actual D-pad, and a Circle Pad, and that’s it.

So, you know- three times the cost, far lower quality of games, half-baked (literally) physical controls. But it does have better specs. I’ll leave you to decide whether or not it is the better device. 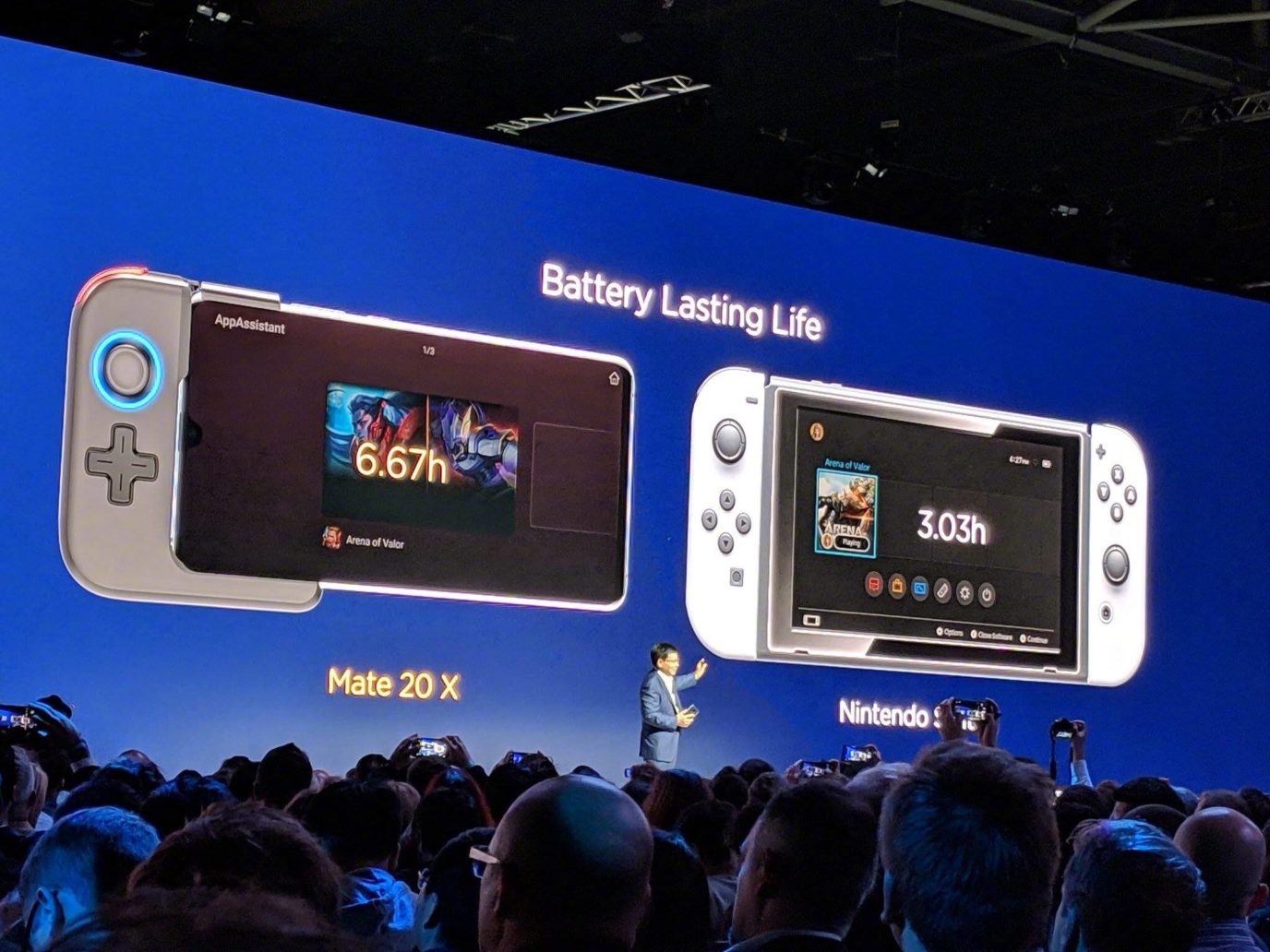 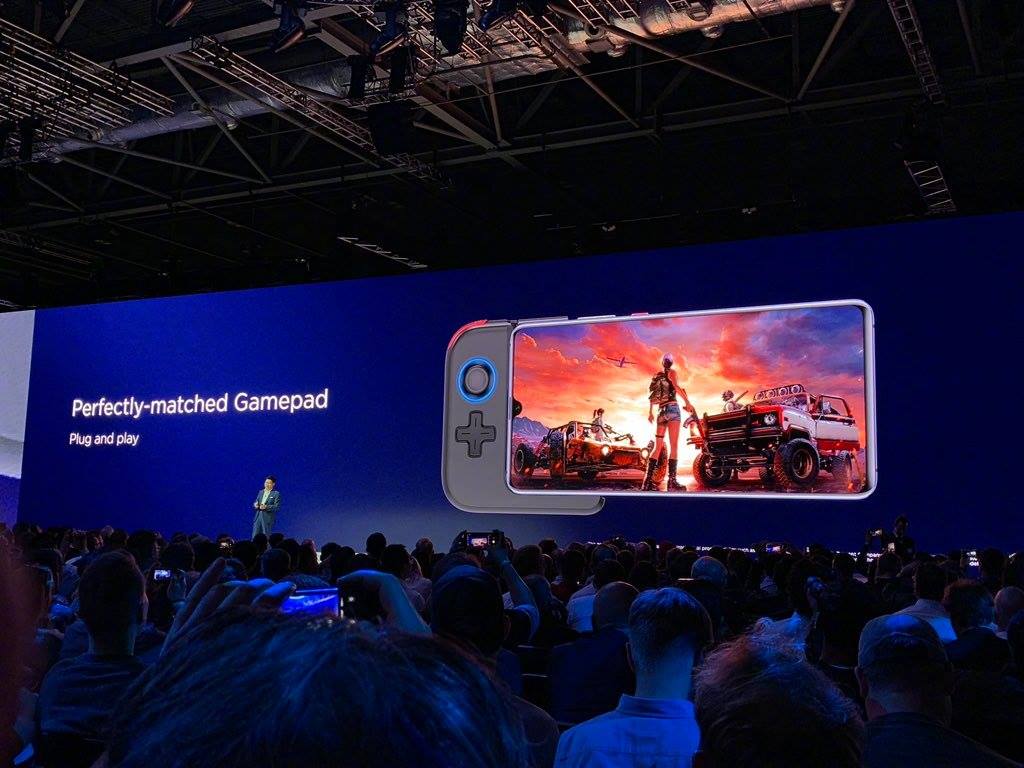 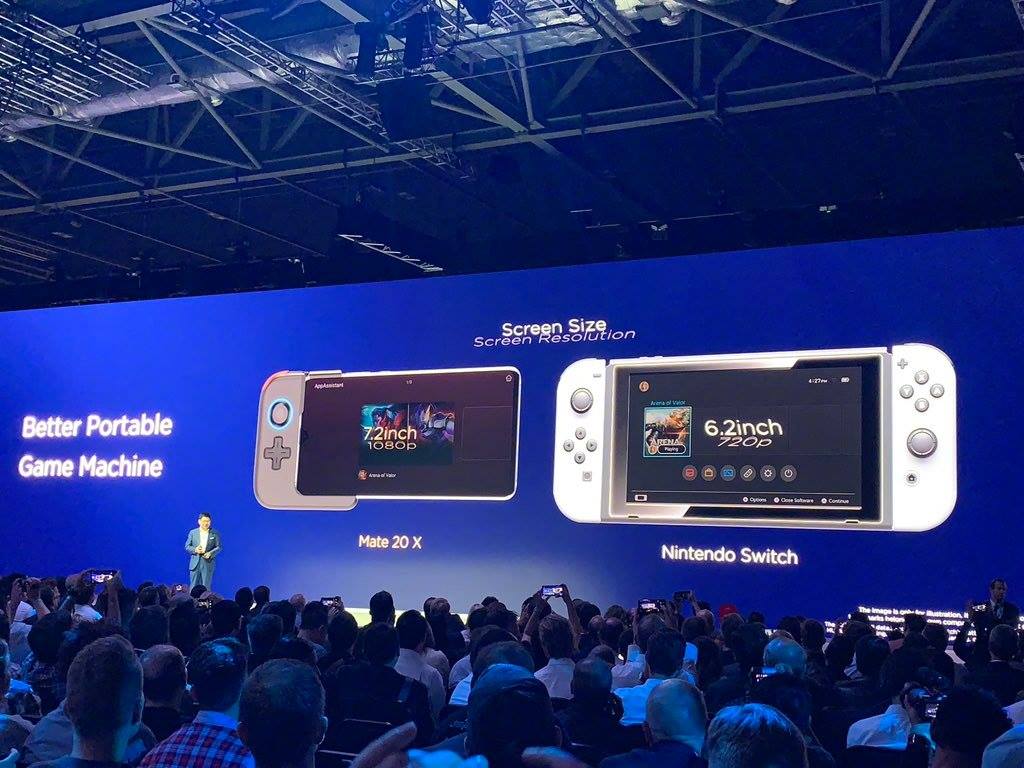 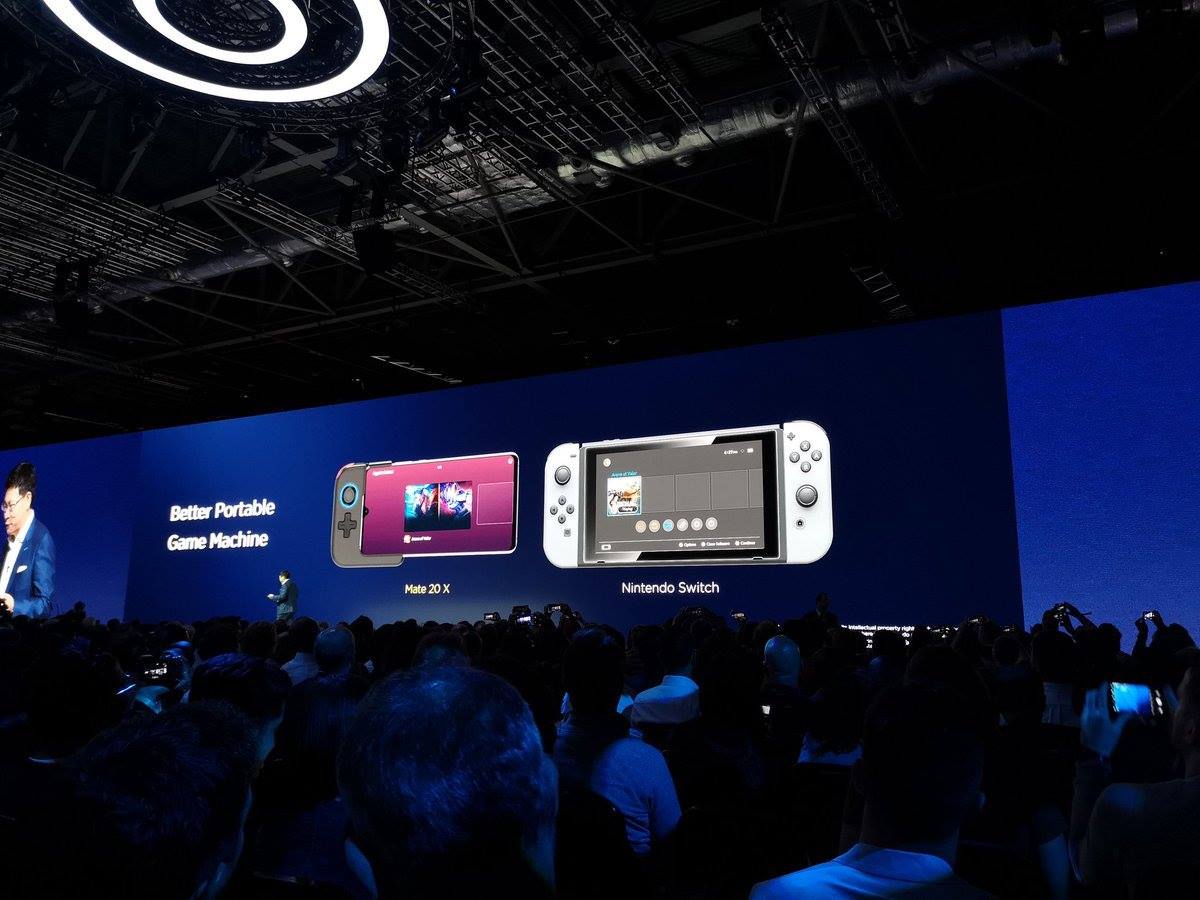