Hunt: Showdown Might Get Beetles That Allow Players to Scout Their Surroundings

Crytek has been releasing teases that would indicate a new drone-styled piece of equipment in the form of a beetle that scounts an area for its handler for Hunt: Showdown. 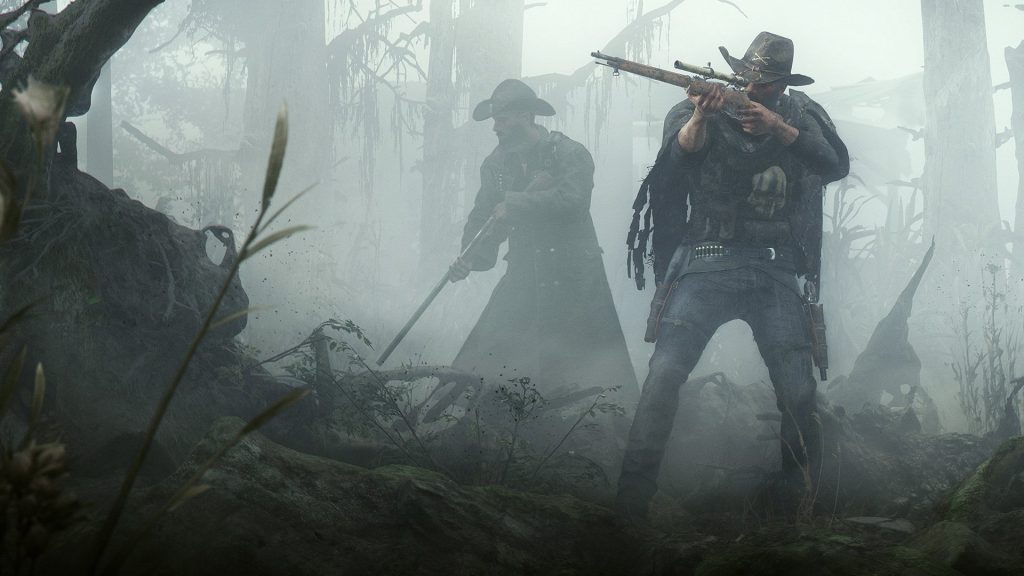 Crytek has begun teasing a new addition to its intense multiplayer shooter Hunt: Showdown. The teases, made over the game’s official Twitter account, seem to indicate a new usable item that might allow players to scout the area around them.

The studio has ultimately released a short teaser on Twitter that shows off how this equipment will be usable in the game.

Considering the setting for Hunt: Showdown, Crytek’s teases have started laying the foundations for how such an item would fit into the game’s overarching narrative.

The studio has been describing how beetles work with their handlers to scout out the surrounding area, giving their handlers better situational awareness in the process. Crytek has been tweeting out quite a bit of lore surrounding this, including a final blurb about scientists being yet to have concluded their research on the subject.

There has yet to be an official confirmation of such an item—being beetles or otherwise—making its way into Hunt: Showdown. Considering how much of an impact such an item would have on the game, however, it will likely be added alongside a major update that potentially brings a new Monster to its bestiary.

As current findings are relatively new, and scientists have yet to conclude their research, we can only assume that further information will be revealed in the near future regarding this species, and their origins. pic.twitter.com/OfRPlCSZiN