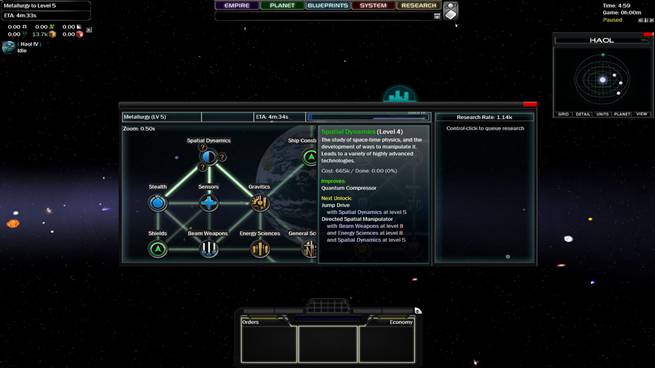 Videogames publisher Iceberg Interactive and game development company Blind Mind Studios have their heads far above the clouds now that they have come to a publishing agreement for Star Ruler, the space RTS for PC. Star Ruler will help players obtain galactic domination from September 2011 onwards.

Iceberg Interactive CEO Erik Schreuder says: “Star Ruler is a great looking game that actually makes you feel like you are in space, from enjoying a stellar-size view for strategic moves to zooming in to the thick of the ship-to-ship combat action when needed. We will hold back the retail release until the game has reached its full potential, something the developer is continuing to work very hard on, while extending its core of followers, a core that we aim to greatly expand on with the in store release later this year.”

Andrew Ackermann, owner of Blind Mind Studios says: “Blind Mind Studios is proud to partner with Iceberg Interactive to bring Star Ruler to store shelves. We hope players are as excited as we are for the upcoming retail release; the studio is in full swing, preparing the game for launch. It’s going to be something special.”

About Star Ruler
Take command of a vast interstellar empire and safeguard your species from total extinction in a procedurally generated 3D galaxy (with the option to flatten it) from 1 System to 10,000+! Prove your species’ ingenuity through a deep and intricate combat system where anything (from individual components on ships to the stars themselves) is a target of opportunity.

Research new kinds of weapons, engines, shields, and more, all of which retain their unique benefits as the game progresses, with a research web whose contents are shuffled every game at your option.

Exploit interstellar phenomena such as asteroid belts and stars and exploit them for yourself or destroy them to deny your foes. Create and destroy new worlds through advanced technological research. Match your strategy against up to 10 other opponents (online or LAN-linked). Save the game when dawn breaks and boot it back up at dusk. It isn’t over until you say it is! Drop in and drop out at any point; disconnecting players will not disrupt the game!

Your weapons, your ships, your rules: Almost the entire game can be modified through Notepad! Easily add new models and particle effects to the game with “out-of-the-box” developer tools. Create new weapons in seconds; create new AI’s through scripts! The Galaxy is yours to rule!