If Sony PlayStation 5 Launches In 2019, What Will PC Gaming Technology Be Like Then?

GamingBolt’s Arjun Krishna Lal on where PC tech will likely be in 2019-20.

With all the speculation around the Playstation 5 and next Xbox and what these as-yet hypothetical next-gen platforms are capable of, it’s easy to miss the forest for the trees: hardware above and beyond what any potential ninth-gen console will likely use is already available on high-end PC. 4K/60 FPS gaming, at close to maximum settings has been a viable proposal for nearly two years now, at least since the launch of the original Pascal Titan X, months after the GTX 1080.

And, with the rather presence of both AMD’s Vega cards and the Ryzen line of CPUs, the actual performance of the components most likely to feature in the PS5/next Xbox is also a known quantity: this level CPU and graphics grunt allows for high(er) framerate gaming at 4K with today’s titles, albeit with some nips and tucks here and there. The console space was far more interesting a decade or more ago: There was no AMD roadmap you could point to to definitively predict how, say, the PS3 would hold up. But with both Microsoft and Sony working with AMD to bring down prices–and expectations–the rumour mill these days is as much about validating what’s essentially common knowledge as anything else. 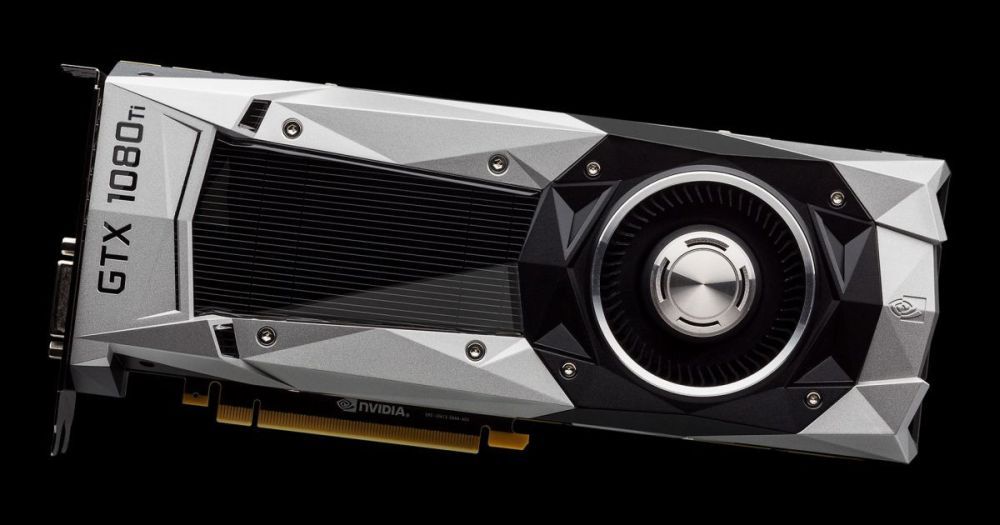 It’s true that consoles play catch up to PC hardware, all the more so now with the prevalence of consoles that use what amounts to off-the-shelf AMD parts. The PS5 and next Xbox will almost certainly perform somewhere in the band between the 1070 and the 1080 Ti, hopefully tending towards the latter. And, keeping current patterns in mind, these consoles will likely compete with mid-range PC hardware from circa 2019/2020. But where  does that leave the high-end? With rumours about the impending arrival of Nvidia’s new consumer graphics architecture at GTC, and with Navi potentially arriving as early as the end of this year PC hardware in as little as a few months from now is likely to offer categorically better performance than what we can expect from the next-gen consoles.

An important point to note here is that both hardware manufacturers are looking to shift to the impending shift to 7nm process at the earliest. AMD’s explicitly placed the transition to 7nm on their roadmap, with a 7nm variant of Vega (primarily for machine learning and not gaming), and 7nm die-shrinks of Ryzen on the cards for 2018, with a new and presumably much faster Navi cards slated for arrival the year after.

While Ampere/Turing is likely to be on the 14nm process this year, the generation after. Whether it’s AMD or Nvidia/Intel, your standard PC build from 2019/2020–roughly contemporaneous with the expected 9th gen consoles, will have a generational advantage in their manufacturing process: at 7nm, twice as many transistors can be fit in the same area as at 14nm. Effectively, this would mean that GTX 1080-class performance could be viable at the $200-300 pricepoint. And at the upper end, we’ll easily see performance that’s 30-40 percent beyond the 1080 Ti.

The Titan V is a case in point here: While it’s not certain as to whether the Volta-based Titan is a stand-in for the 20-series cards we’ll likely see by the month’s end, the very fact of its existence is telling: Right now, in 2018, there’s already a commercially available GPU (albeit at the fantastical price of $3000), which offers meaningfully better performance than the 1080 Ti, which in turn itself almost certainly offers greater performance than a potential 2019 PS5. Quite some time ago, Mark Cerny was quoted as saying that consoles need a minimum of 8 TFLOPs of GPU grunt to handle 4K gaming reasonably well.

This is roughly Fury/Fury X levels of performance. Considering the fact that ninth-gen console GPUs will continue to be manufactured on TSMC’s 16nm process there are certain hard limits in place in terms of die size and power consumption. The Xbox One X is already pushing the limit of what’s possible in a console form factor and relatively low power draw. Without the move to a new architecture, and/or a shift to a smaller process node, it’s physically impossible to squeeze much more than 8 TFLOPs out of the PS5/Next Xbox, unless a significantly larger, more power-hungry (and expensive) design is used: What’d be the point of getting a console if it costs as much, eats up as much power, and has the same footprint as a midrange PC?

On the CPU side, things are even more straightforward. We expect the 9th gen consoles to utilize Ryzen processors. In the PC space, with second-gen Ryzen slated for arrival this year, we’ll see processors sporting more cores and likely running at higher frequencies than what’s possible with the consoles. And now that Intel’s decided to stop sitting on its laurels, we’re likely to see more SKUs in the vein of their Coffee Lake lineup. Whether AMD or Intel, all but the lowest-end CPU options are likely to trounce the consoles, if due to nothing else but their higher thermal and power budgets allowing for higher clockspeeds.

With those bounds firmly etched in place, it’s quite easy to see that, if anything, the console-PC divide will only widen in the coming years. This would have rather unique implications in terms of just how that extra hardware may be put to use. For the last five years or so, running current-gen titles at 4K–as much as 9 times the resolution if you count the stray 720p titles on the Xbox One–has put high-end hardware to good use. Moving into the early 2020s, with console hardware that’s expected to put up a good show with native 4K gaming, but with the mainstream adoption of 8K still some time away, how exactly could the extra hardware be put to use? Until now, real 4K gaming’s been a genuine differentiator between consoles and PCs.

But what next, when the average console can hand in a relatively uncompromised, native 4K experience? We’d be interested in seeing a resurgence in high-framerate gaming. Displayport 1.4 supports 4K/144 Hz output and by 2019/2020, we might finally have PC hardware that’s capable of consistently dishing out such high framerates. This’d be a big win, at least until the marketing machine decides that you just have to have an 8K monitor. Will we see mid-cycle refreshes built around 8K gaming before everything getse beamed up to the cloud? Who knows? But irrespective, the next few years look distinctly promising for PC gamers, especially those a bit strapped to upgrade.