emarkably, it’s already been five years since the PlayStation 4 launched. In the intervening time, we’ve seen the rise of 4K—from extreme PC bell/whistle to and, finally, tosuch listicle-worthy ubiquity that “4K capable” consoles were launched which can do a pretty decent approximation of the premium PC experience on the big(ger) screen. We’ve also seen the coming of multiple GPU hardware generations in the PC space.

If there’s a truism in the hardware space, it’s this: things change, fast. And with that in mind, with all the idle talk about the upcoming PS5 and next Xbox, we thought we’d do a little thought experiment: what would the PS4 have looked like if it had released a little later? Or, leave aside nomenclature—PS4, PS5, PS4 Pro whatever—let’s ask this question: what would a 2018 console from Sony look like, and how would it stack up to 2013’s PS4?

It’s easy enough at first glance to say “well, that’s what the PS4 Pro is,” but appearances can be misleading. While the Pro most certainly features more powerful hardware than the PS4, it’s important to remember that it was designed with a very specific purpose in mind: run current-gen games at higher resolutions, so they don’t look abysmal on 4K screens. The Pro is a PS4 and while that certainly does due justice to early adopters of the PS4, it’s a significant constraint in terms of what the Pro could have been hardware-wise, particularly on the CPU side of things. So the Pro doesn’t offer a good picture of what a hypothetical 2018 Sony console would look like. What would it look like, then? How much could $399 buy you today? 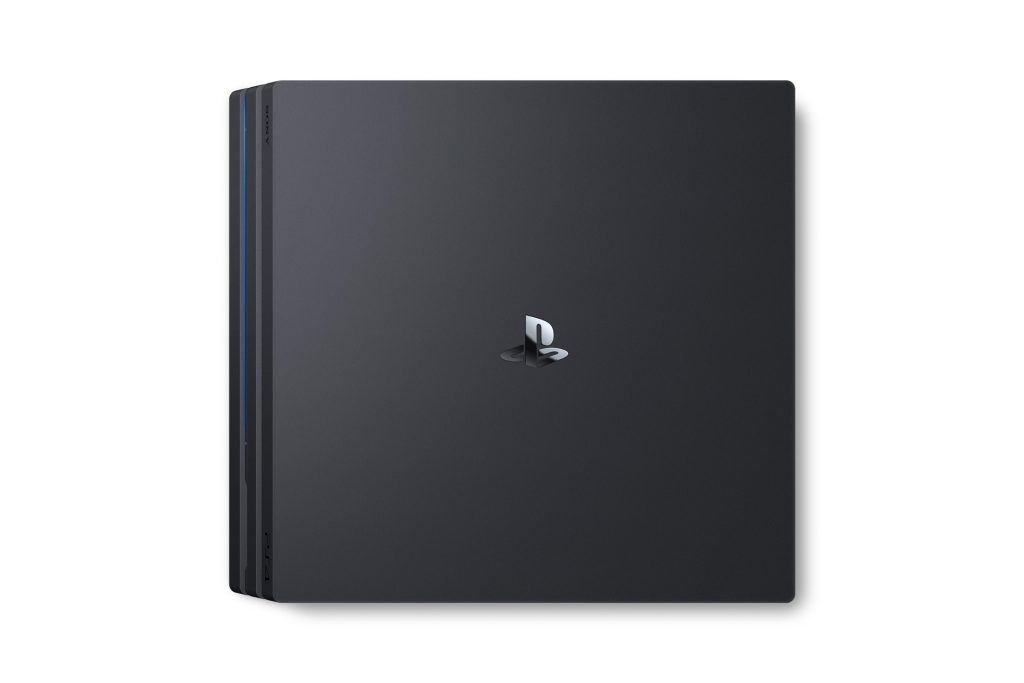 "It’s easy enough at first glance to say well, that’s what the PS4 Pro is, but appearances can be misleading. While the Pro most certainly features more powerful hardware than the PS4, it’s important to remember that it was designed with a very specific purpose in mind: run current-gen games at higher resolutions, so they don’t look abysmal on 4K screens."

Back in 2013, the Jaguar-based processor in the PS4 was a large part of the reason the console could hit a $399 price-point without forcing Sony to sell at a several hundred dollar loss as with the PS3. It was also a key constraint on the PS4’s capabilities: for several years now, low-end Intel processors including dual-core i3s and Pentiums, have outmatched the PS4 in CPU grunt. This wasn’t entirely Sony’s fault.

Back in 2011, AMD had bet the bank on wide, multi-core CPU designs: rather than designing dual and quad-core parts with a high IPC as Intel did, AMD opted for something of a brute-force approach: Turn up the clockspeed and increase the number of cores. Bulldozer, its successor Piledriver and their derivatives shipped in SKUs that went up to 8 cores and 5 GHz with the FX-9590. An 8-core 5 GHz processor sounds powerful but in gaming benchmarks, even premium models like the 9590 and 9370 often trailed i3s let alone i5s and i7s. There was a time when I’d ran an (overclocked) FX-8370 and an i5-4440 against each other. The 8370 with twice the number of cores, and running 1.5 GHz higher did little more apart from getting uncomfortably toasty.

In comparison, the PS4’s CPU is essentially an 8370 running at 1.6 GHZ: 40 percent of a processor that itself loses out to the cheapest Haswell i5. Bulldozer and its ilk, unsurprisingly, turned out to be terrible options for gaming in the PC space, barring some APUs which were relevant more for their integrated graphic performance than for their CPU grunt. But for the sake of maintain backwards compatibility, the PS4 Pro shipped with the same Jaguar processor, though running at 2.3 GHz.

"For the 2018 PlayStation, a custom design featuring a 28/32 CU GPU, hitting higher clocks than the One X’s, wouldn’t be too much of a stretch. Performance-wise, such a part wouldn’t be much more powerful than the PS4 Pro’s GPU."

If anything is to change in a 2018 Sony console, it’d be this. A 2018 Sony console would invariably feature a Ryzen-based CPU at its heart. Although power consumption and price remain major factors, Ryzen’s exemplary performance in mobile—as recently seen with the 2500U and 2200U—offers a tantalizing glimpse of the kind of CPU performance we’re talking about: Even in a TDP-limited mobile scenario, the quad-core 2500U compares favorably to the desktop 1300X. A conservatively-clocked eight-core variant could put up a good show in comparison to modern i5s. If Sony were to release a standalone console this year, this would be the biggest point of departure from what came before.

Things remain interesting on the GPU side of things as well. The PS4 Pro arrived in 2016 with a rather lackluster GPU akin to an underclocked RX 580. But this is 2018. A few ago, Intel outed a line of Kaby Lake processors for mobile kitted with AMD Vega GPUs. We’d thought hell freezing over was more likely, but it is what it is: Kaby Lake G is a thing and, in power-limited scenarios, it still performs roughly on par with a GTX 1060. Then there’s the gorilla in the room, the Xbox One X, a console that already incorporates Vega-based GPU hardware. While it’d certainly be nice to have, this would, in some respects, be a corner Sony’d have to cut to reach that $399 price-point.

While a 2018 PlayStation isn’t likely to use something akin to the now long-in-the-tooth Polaris-based GPU in the Pro, cost constraints would likely preclude it from including as much GPU grunt as the Xbox One X has on offer. Again, we feel it makes sense here to look again towards Vega’s mobile incarnations. The higher-end Kaby Lake G 8305 features a 24 CU Vega GPU with 3.7 TFLOPs of compute which, thanks to Vega’s hardware optimizations allows it to keep pace with the GTX 1060 in some instances. For the 2018 PlayStation, a custom design featuring a 28/32 CU GPU, hitting higher clocks than the One X’s, wouldn’t be too much of a stretch. Performance-wise, such a part wouldn’t be much more powerful than the PS4 Pro’s GPU.

"At 1080p, free of the burden of tall marketing promises, a 2018 PlayStation could dedicate GPU time towards higher-poly models, and expensive techniques like real-time GI."

Where it’d differ is in terms of how that power would be put to use. The Pro and the Xbox One X are both victims of bad marketing: Neither features hardware that’s powerful enough to offer a premium 4K gaming experience, the Pro more so than the One X. Yet, both have a glut of GPU grunt for powering 1080p experiences, and it’s important to note that 1080p is still where the majority of gaming—on console and PC—is at. While a 2018 PlayStation may feature an objectively weaker GPU than the Xbox One X, it would likely utilize its resources in a fundamentally different way.

If PS4 Pro-class GPU hardware and a Ryzen CPU were used to build 1080p gaming experiences, we’d likely see something akin to a generational leap. At 1080p, free of the burden of tall marketing promises, a 2018 PlayStation could dedicate GPU time towards higher-poly models, and expensive techniques like real-time GI. The greater amount of processing power available would free the GPU from pulling compute duty as well, and would allow for higher fidelity physics, more reactive environments, and deeper AI. While it may not be as powerful as the One X, a 2018 PlayStation would be free to put its available resources to the best possible use.

All said and done, we’re not likely to see a real piece of hardware like the one we’ve described here. The next PlayStation and Xbox will likely take another year or two to launch. By that time, 4K adoption rates will be high enough that 4K will be a tick-box feature for the mainline console. Moreover, it’s not inconceivable that we’ll have console hardware actually capable of delivering good 4K experiences then. But 2020 is still quite a ways away. Until then, it doesn’t hurt to dream, does it?