The story starts out with you in a burning crater, and just everything just demolished everywhere from people dead to buildings just destroyed. You find out that you are not like everyone else; you have literally electrifying super-powers running through your body, and you can shoot these electric powers through your fingertips in this sandbox game. But how you use these powers are entirely up to you because you can be a super-hero or a villain who makes this game about moral issues become more inevitable. But since the crater issues, the government has quarantined the area and this brings gangs to run the streets and police and citizens just fearful of their lives so they just cower down. 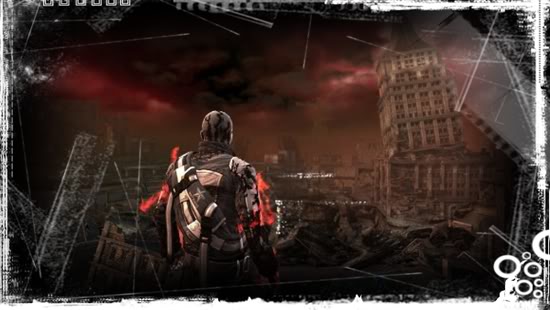 But there are things that aren’t that great about this title. The graphics aren’t the greatest with things taking some time to pop up if you are moving fast. We came across several glitches, like Cole running through walls and fences.

How the moral issues face out as Cole spells out his thoughts to you. Should he let people get some medication, or should he scare them off and let his boys get them. But always the decision process isn’t as easy as it sounds. But you will just have to see how your consequences make the story change.

You also get the Assassin’s Creed jumping style by climbing buildings quickly and easily, but it is not as well implemented with you trying to climb up to a roof and just keep hitting the top part and can get quite annoying. But rest assured, it isn’t annoying enough to water down the entire experience. But there are some more good things about the climbing; when you jump and try to land on something, it knows what you are trying to do and forces you a little bit to it so you just don’t accidently fall off the side. But this is isn’t always a great thing because being pulled to all the objects can get annoying when you are trying to go down the building and it pulling you to every object. But as you progress through the game, you get to unlock great powers like gliding through the air like a helicopter but slowly decreasing to ground to sliding on rail road tracks and power lines in the air which these two moves lets you get across the three island map quickly because you can get going at amazing speeds.

Like other sandbox games such as Grand Theft Auto, there are always those hidden things to find, but these aren’t that hard to find because if you tap L3, the objects will show up on the map. In this game you can find these things called blast shards, which there are 350 of them, and they give you the ability to store more electricity. There are also drop points which fill you more on the story “before” the bomb. 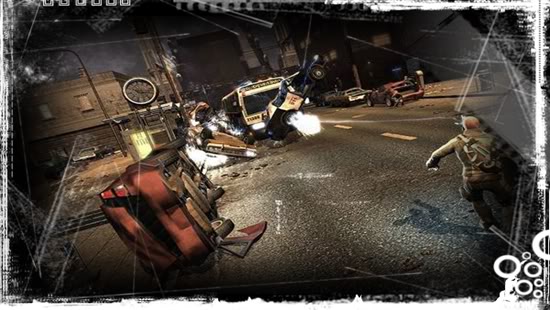 You have many attacks in Infamous, but you have to unlock them. You start out with a standard electrical blast which is the main thing you will use to bring down villains or torture the citizens. I know, sounds fun by just sending electrical bolts through the veins of your foe. But you get other great powers from an electrical shockwave, electrical rockets, and electrical grenades which is cool because if you are a good character, you can use this to handcuff enemies, and if you are an evil villain, the grenade splits into multiple grenades. This is kind of like an RPG (Role-Playing Game) due to you upgrading your character with the XP (Experience Points) you earn from killing enemies and completing missions.

The graphics aren’t the greatest to what we are seeing in games with the other characters having ugly animations and the textures of everything from buildings to roads just having grainy edges, but the gameplay makes up for it. Cole looks good but the rest like I stated doesn’t really. He moves smoothly with lighting from the electrical powers, which have a glow in some of the dark, damp sewers give you that more of a magical fell that also makes up for the downside of the graphics. The lighting just makes it more of you being the super-hero and not just a game.

Even though there might be some glitches by walking through fences and railings, and the visuals might not be up to par, but it makes up for it through the sheer entertainment. The game never takes a step back and lets you always get bigger and better missions. But when the game ends, you will want to go back and see what would have happened if you were a villain or vice-versa. InFamous is a great game and shouldn’t be missed.

Visuals not up to par, Some glitches like walking through fences and railings

Final Verdict:
EDITOR’S CHOICE
InFamous doesn't truly excel at the visual point of view, but its variety mission and fun powers makes it standout in the genre of open world games.
A copy of this game was provided by Developer/Publisher/Distributor/PR Agency for review purposes. Click here to know more about our Reviews Policy.