The first superhero fighter is free to own on select platforms. 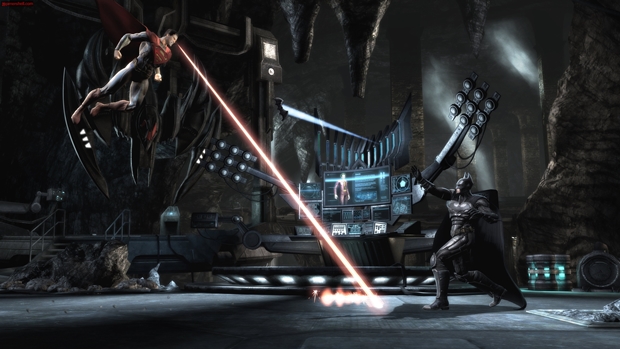 The combination of NetherRealm Studios, the developer most known for their Mortal Kombat series, and the various DC Comics superheroes was a pairing that could have easily gone one of two ways. Thankfully, it ended up going the way of good, and the mashup worked very well. This generation’s Injustice 2 was a great refinement of that system, but it all began with Injustice, and now you can revisit it free of charge.

As announced via the official WB Games Twitter, the game is free to own from now until next week. It’s a bit of an oddball deal here as on PS4 and PC (via Steam) it’s the Ultimate Edition that contained all of the DLC. The Xbox version is only the vanilla 360 version since the Ultimate Edition never released on Xbox One, though it is backwards compatible. There are also Vita and Wii U versions that are still available to download, but it seems they won’t be part of the promotion.

Injustice will be free to own on those platforms until June 25th. Rumors are also that a third game is in development for next generation consoles, so keep your ears to the ground for that.