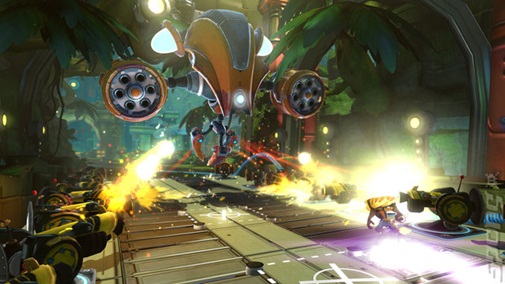 Ratchet and Clank games could still be made in the future as the studio, Insomniac Games, still wants to keep experimenting on them. CEO Ted Price revealed that these games are close to him and because of the structure of these games, where there are no rules, they can take it in new directions.

“They’re great games, I’m really proud of what we’ve accomplished with them,” he told OPM.

“I think that, speaking for the team, we all want to continue experimenting with Ratchet. From the very beginning it’s been a universe that didn’t have any rules. We felt free to continue to keep taking it in new directions and maybe that’s what we’ll do,” he added.

“I don’t like to talk about where we’re going with future games, all I know is that Ratchet will always be near and dear to our hearts.”

There has been no new Ratchet game announced for the PS3, but maybe we could see one for the PS4.