Insomniac’s Overstrike: 7 Facts You Should Know

When it comes to gaming, knowledge is power. Whether it’s arguing with some fanboys as to why they suck, working out the best tactics online, or making a sound decision on your next vital gaming related purchase, you need to make sure you know your stuff. With that in mind here are seven facts you may want to know about the recently announced Overstrike

A blend of characters

Overstrike revolves around the eponymous Overstrike 9 team, a group of individuals so reckless and deadly that they are only called in when the chips are truly down. Though we aren’t aware of the kind of situations that will require Overstrike 9’s help, we know that the team consists of a reformed mercenary, a thief, a scientist and an ex-detective. It sounds like an interesting mix of personalities to be sure, but their unique abilities also look set to alter the way players will enjoy the game. The video shows just a few, such as the barrier gun and electric crossbow. Knowing Insomniac, the characters will have many more unique abilities that will ensure that fans will definitely need to alter their tactics based on their character choice. 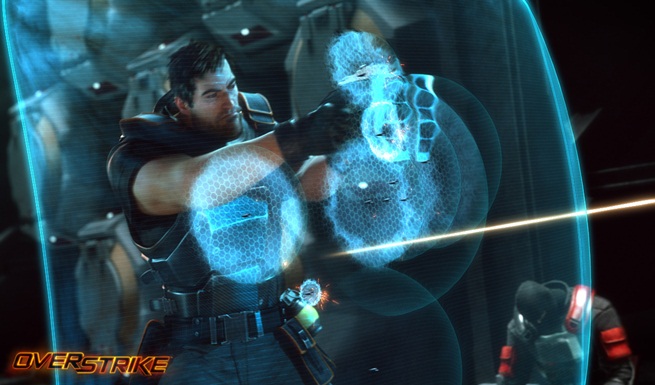 Expect cool gadgets galore; it is Insomniac after all

Moving on from the idea of weaponry that is unique to each character, just think of how off the walls some of these gadgets will be. Considering Insomniac’s continued work on the brilliant weapons in the Ratchet and Clank series, you just know there’ll be some crazy tech for players to get their hands on in Overstrike. The trailer shows off just a few, but there’ll be plenty more surprises in store for us in future I’m sure.