Posted By Kartik Mudgal | On 06th, Feb. 2012 Under Interviews | Follow This Author @KartikMdgl 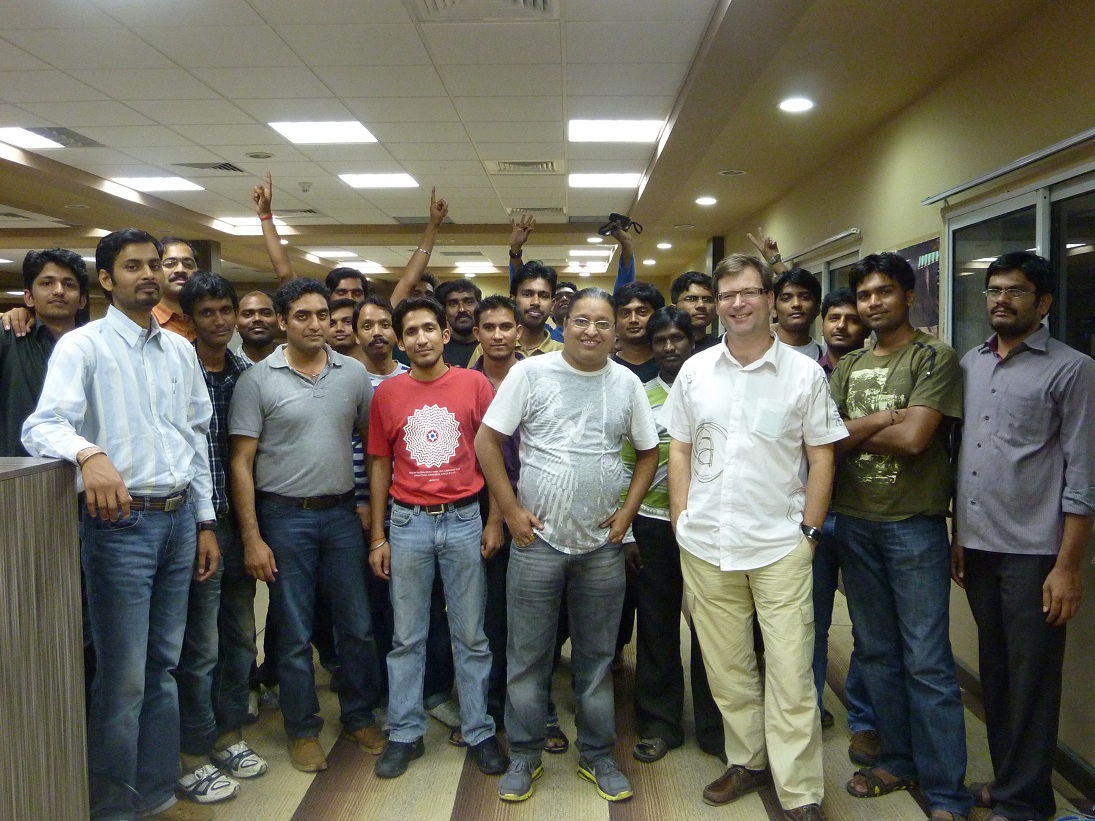 Smash ‘n’ Survive is a car combat game developed by an Indian Studio, Version 2 Games. The game will be released exclusively on PSN, and has been development for quite a while. We never really had much information on the game until recently, and at a first glance, it certainly looks better than other mediocre efforts by Indian studios – notably, Ra. One and Hanuman the Game.

So, I recently got the chance to interview the guys from Version 2 Games, and we can finally share what they have to say with our readers. Rajat Ojha, the president of Version2Games gives us a lot of information regarding their studio and the Indian development scene.

GamingBolt: Tell us more about the studio. As an Indian development studio, what challenges did you face while creating this game?

Rajat Ojha: We are a fairly new studio and we started around 18 months back in September 2010. We are wholly owned subsidiary of Zen Technologies Limited, which is one of the world’s most renowned simulator development company. We are based in Hyderabad, India.

We faced tons of challenges and the biggest of them was making the game work on PlayStation 3. It was the first ever experience for each one of us on the system. There were other challenges like getting the right amount of resources, as nobody had worked on this console, so we were very cautious in selecting the team.

GB: What’s the budget for Smash ‘n’ Survive? Did you guys face any financial difficulties, and how is the work environment at the studio?

RO: The budget for Smash ‘N’ Survive is around USD $1 Million, and we didn’t face any financial difficulties, but we faced delays – which definitely gave damages to early ROI. We try to keep absolutely chilled-out environment, but still make sure that we adhere to the processes. Every Monday, we review our project and try to see the deadline using Earned Value Management (EVM). We have a very thin hierarchy and everybody contributes equally and criticism is also easily accepted.

GB: Why isn’t the game available at retail? What was the reasoning behind making it PSN only?

RO: We started out as retail game and also finalized the publisher, but we were too young to understand all the pros and cons, and it was way too complicated for us. Digital game market was just getting bigger, with some of the finest releases, and digital gives you an opportunity to shape up your destiny, so we decided to go for PSN. Xbox 360 was already out of question because Microsoft does not send their devkits to India for some reasons best known to them. Being our own digital publisher helped us learn so much, which we couldn’t have learnt otherwise. 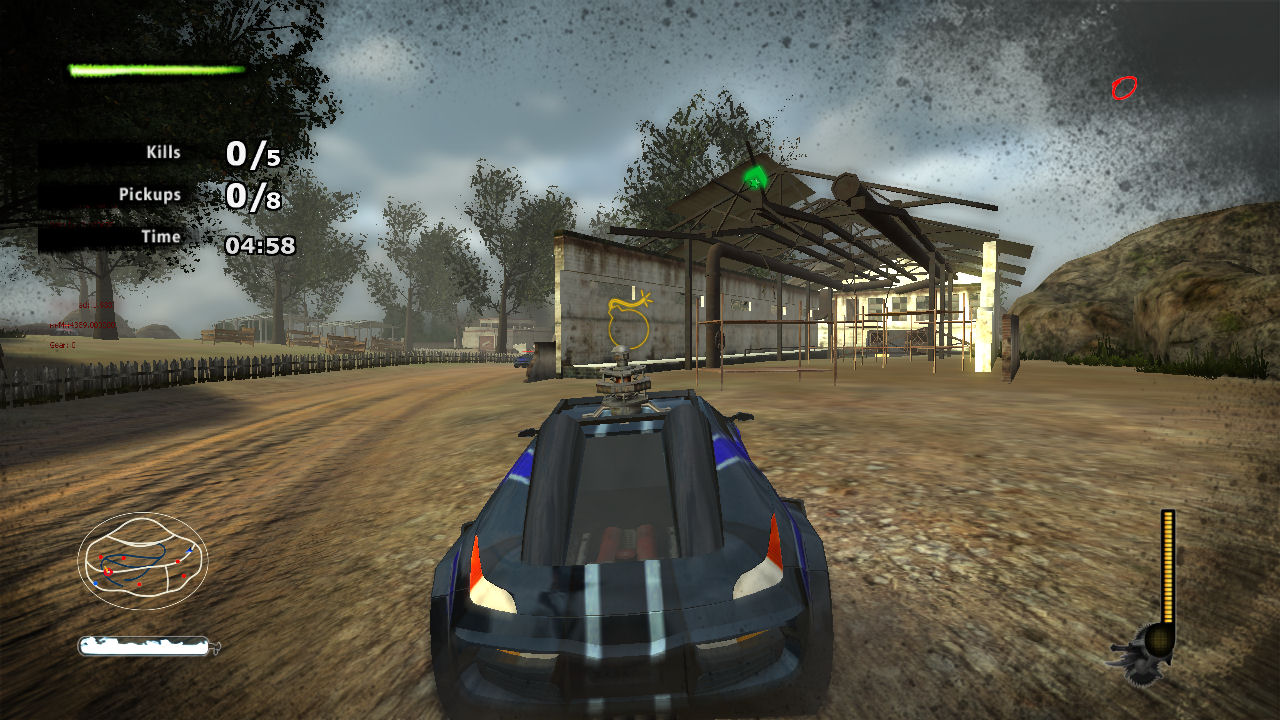 GB: Twisted Metal is coming soon, and as you guys know, it’s a car combat game as well. Do you feel releasing the game now will make plenty of people overlook Smash ‘n’ Survive?

RO: For us at V2G, the comparison between Twisted Metal and Smash ‘N’ Survive does not exist and the only similarity is the genre. Our game doesn’t have guns and rocket launchers, instead we focus on melee weapons and some other geeky weapons like flame thrower, magneto repulsor and sonic boom. Our missions are quite different and offers an absolutely unique experience like planting a bomb or diffusing a planted bomb; controlling the territory; escorting your mate to a safer place from a place dominated by opponent, destroying the convoy etc. We are making sure to give lot of goodies (DLC) in coming time to keep the interest alive.

GB: I was immediately interested when I heard about this game first. Why did you guys choose to make a car combat game when the racing genre overall is in a decline?

RO: Oh, thanks for showing your interest and hope everybody shows the similar interest once they get to know what we offer. Our game is not at all racing, except there’s one checkpoint race which is basically our training mission where player can understand the basic handling of our vehicles, and after that till next 18 missions, there’s no racing.

This is absolutely a new experience where you can’t have mindless fun; you need some tactics for sure. The reason why we chose to make a car game was simply because we had been doing lot of vehicle simulators and done simulators for simple passenger vehicles like 16×16 vehicles, so we decided to exploit that experience. We have also been hardcore fans of Carmageddon, and there was huge vacuum in vehicle combat genre, so we thought of reviving it. We knew Twisted Metal was in making but were not sure whether we will collide with them.

GB: The Indian game development scene is really poor right now. We are mainly used to mediocre games; do you think that impression will change with your game?

RO: The impression will certainly change. Users will experience a polished, robust and unique gameplay which has not been witnessed so far from any Indian studio. I’m sure that once into the game, everyone will appreciate the effort put into the game to make it fun and challenging.

GB: Do you feel the game will be reviewed well? What are your sales expectations from this game?

RO: It should be. This is our first game and it’ll be little too early to comment on possible reviews. We had close to 100 people coming to our office to play our game and most of them completed the full game without feeling bored for a single second. There had been lot of versus battle and shouts & screams were very inspiring. 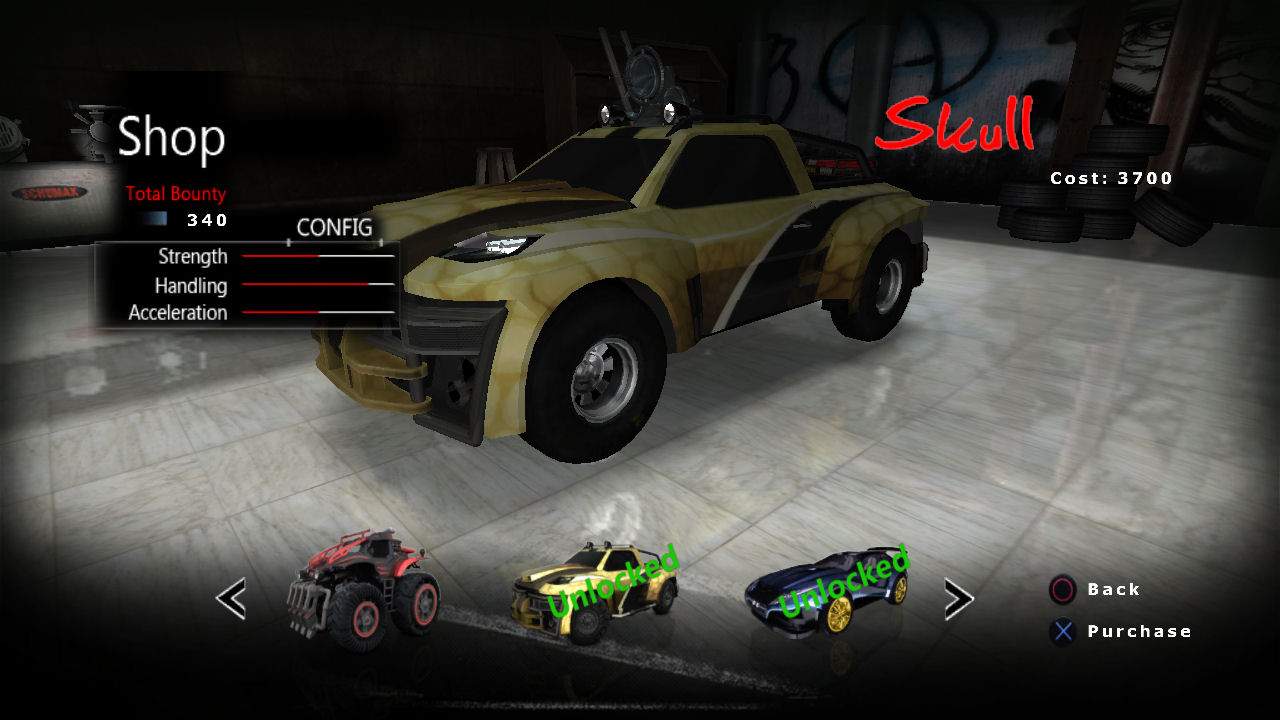 GB: Tell us something about the Indian game development scene. Do you think it is making adequate progress to get noticed on an international stage?

RO: Indian game development is getting better but it’s definitely not adequate progress, it’s far from it. The good thing is that Apple, Steam and Android have provided platforms which can be utilized to showcase great ideas and these are being exploited by Indian developers immensely. There had always been talent but not enough money, or not enough publisher partnerships to reach out to masses, and these platforms have made it so very simple for developers to easily reach out to masses.

GB: What future projects do you have in the pipeline? Are you guys going to tackle some other genre, or stick to racing games? What does your studio excel in?

RO: We have two more projects in pipeline. We’ll surprise the world with our next game because that’s absolutely unique and also has breath taking graphics and characters. That game will definitely put India on the global map. The team is very experienced on Playstation and technology we are using, so there are no hiccups so far on that project, and we’ve also learnt to be on track till the game finishes. Another project is in the design phase right now. We will not stick to racing game, we want to try different genre and that’s the freedom you can enjoy being indie. We are good at making games and we want to be great in that. Technically, we have strong defence simulation background, so we can keep exploiting the same.

GB: Is your studio capable of making a big AAA game? Is the studio comparable to an international studio when it comes to the development tools?

RO: Absolutely! We have everything that it takes to be capable of making a big AAA game. We have learnt our lesson very well and now we are very clear on what will work, and what will not in terms of technology implementation and tools, so that makes our planning really solid.

The game will be released on February 22nd on PSN. Stay tuned for our review of the game.