Is Microsoft Preparing an Xbox One Elite?

New SKU of the Xbox One may be inbound. 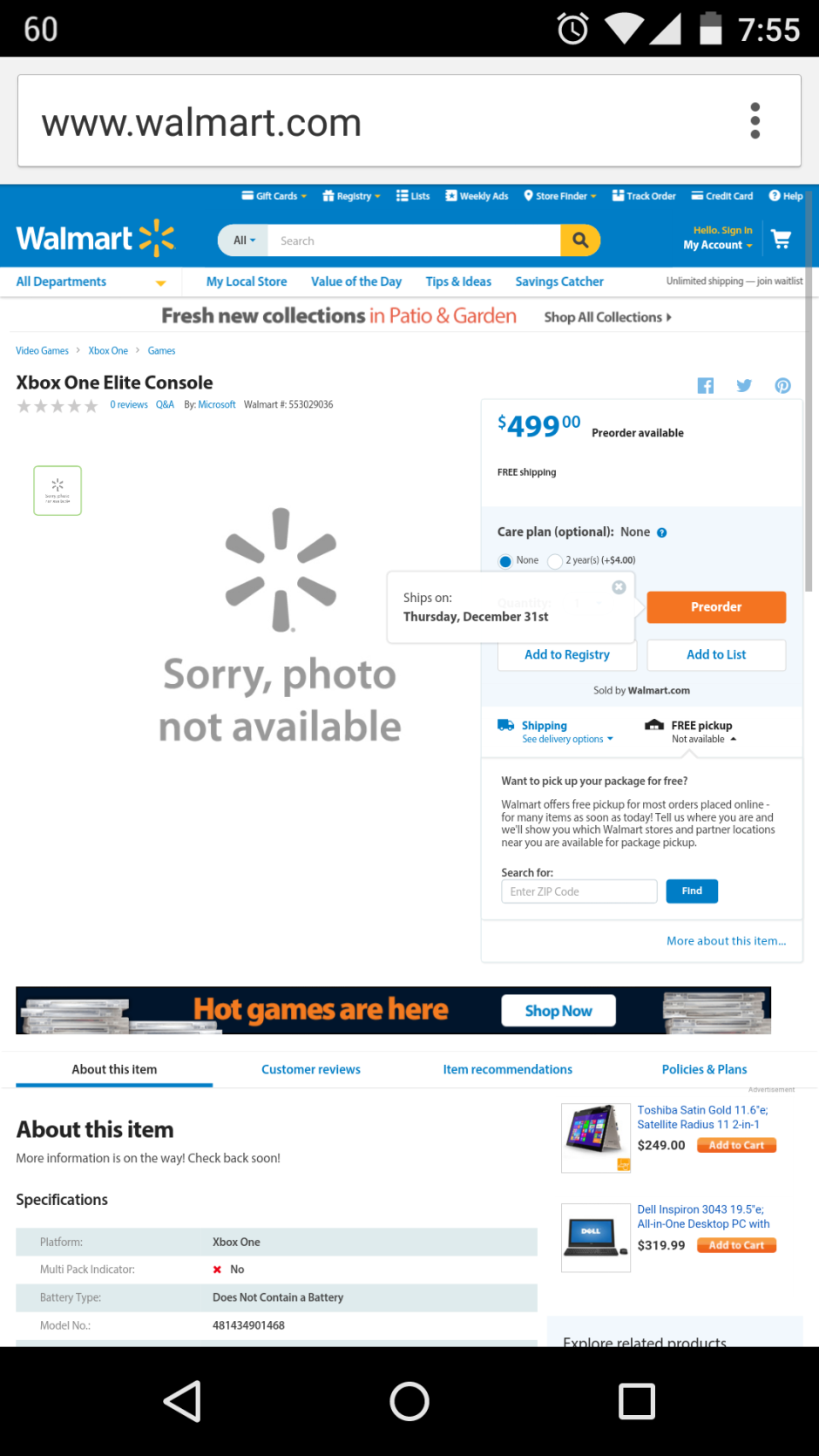 Microsoft may be preparing an all new SKU of their Xbox One console, a recent listing on Walmart’s website seems to indicate. The listing is for an ‘Xbox One Elite,’ and while it completely lacks any other details of any kind, we think it might not be hard to understand what it might entail. We may be looking at a 1TB SKU of the Xbox One, with the recently announced Xbox One Elite Controller included.

That would certainly make it the ultimate configuration of the Xbox One (and one certainly befitting the ‘Elite’ nomenclature)- really, at this point, the only thing that would be lacking from the bundle would be the Kinect, and the Kinect is useless. And hey, who knows, maybe there will be a further variation with the Kinect too!

Having a higher end SKU of your console is not something that is exclusive to the Xbox One either- just today, Sony announced the PS4 Ultimate Edition, a variant of the system that is a little bit lighter and slimmer, with a matte finish overall, and 1TB of on board storage. Microsoft announcing their own top end variant would not be anything new, and would indeed be even expected.