It’s Time To Make Your Peace With Them, Because Open World Games Are Here To Stay

Come PS5 and Xbox Series X, and open world games are still going to be everywhere.

Around the end of last generation, people were sick and tired of first person shooters and cinematic linear adventures – we had had a glut of those in the PS3/360 era, owing to the success of games (such as Uncharted 2: Among Thieves). Generally, people were hoping for more open ended games that respect player agency more by the end of the previous console generation. And thanks to the success of The Elder Scrolls V: Skyrim, this generation saw exactly that happen – we saw games go open world, wherever possible.

And as is usually the case, this overabundance of the genre means that we now have people sick and tired of open world games, longing to return to prescribed linear adventures instead. Many look at the onset of the new generation as hopes for, if not the pervasive return of linear titles, then at least for open world games receding in the background, and giving way to whatever other fad the industry will chase next. However, for those people, I have some bad news – that’s not going to happen. Not only are open worlds not going away with the next gen (or beyond), but even more games will continue to go open world. 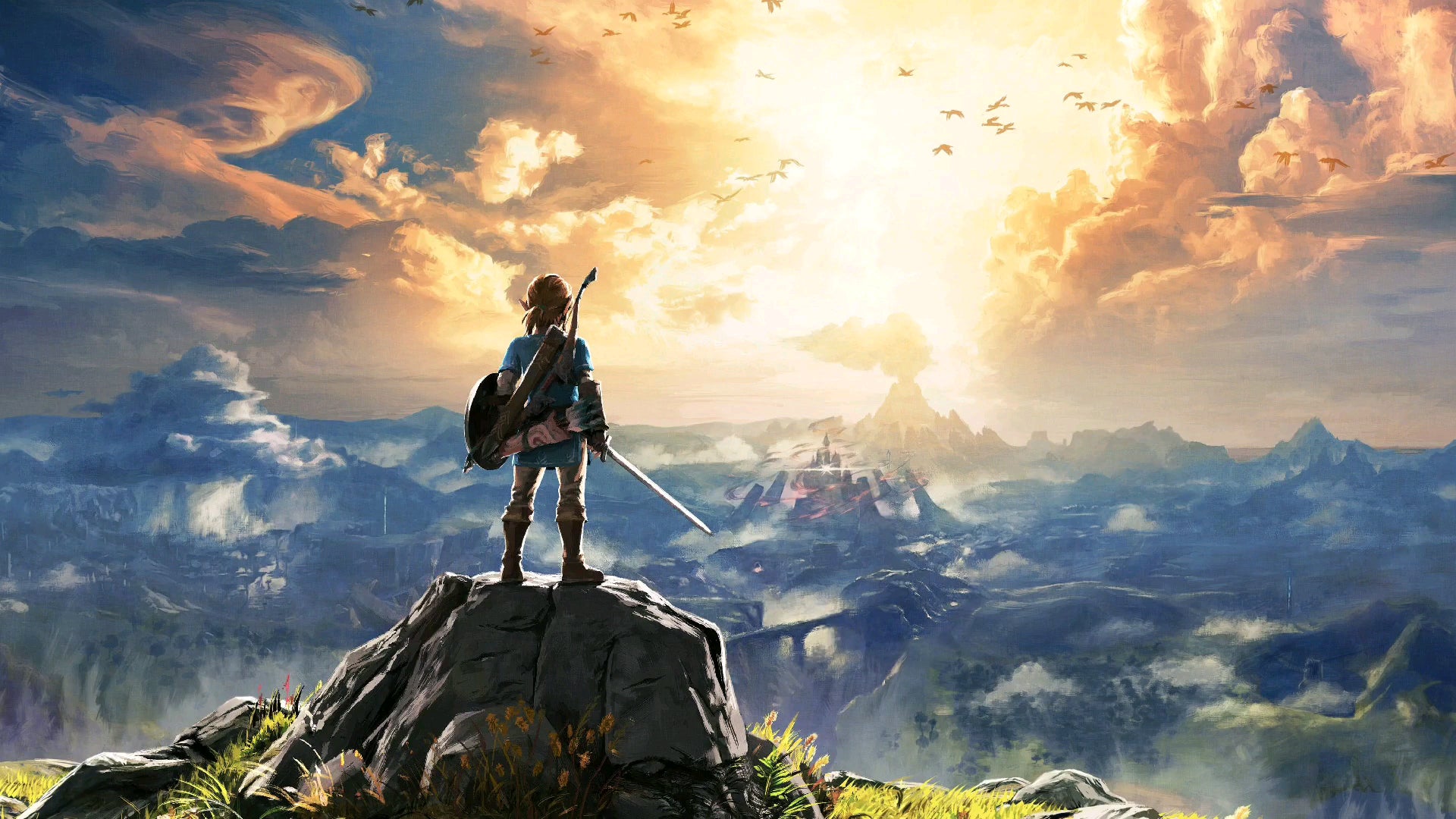 There are a great many reasons for this, but let’s start with the most basic and most obvious – open world games are among the best received (on Metacritic, three of the top four rated games of the generation are open world, and the fourth one has multiple smaller open sandboxes), most acclaimed (four of the six consensus Game of the Year awards for this generation went to open world games), most influential (I don’t even need to get into this, given that the reason we have so many open world games to begin with is because of the influence of Skyrim, but also look at The Witcher 3 or Breath of the Wild if you want more proof), and, most importantly (at least for publishers), the bestselling games (GTA5 is the bestselling game ever, Skyrim and The Witcher 3 are the bestselling RPGs of all time, Breath of the Wild is the highest selling Zelda game ever, Ghost Recon Wildlands is the most successful game in its series, Assassin’s Creed Odyssey is the most successful game in its series, Spider-Man is among Sony’s most successful games ever, Ghost of Tsushima is Sony’s biggest new IP launch of this generation).

That last reason is actually more profound than you think – typically, AAA games not made by Nintendo or Rockstar sell a whole lot at launch, and then just trail off into nothingness; with open world games, we have games that continue to stay on charts for months or even years after launch. And not just for Rockstar games like GTA5 or Breath of the Wild, either, but games such as Wildlands, Assassin’s Creed Osyssey, Horizon Zero Dawn, The Witcher 3, Skyrim, Forza Horizon 3, these are all games that have seen substantial sales for years after their initial launch. Because open world games by nature allow for new possibilities and scenarios to be discovered, invented, or contrived by the player years upon years after launch. You can’t be sure that you’ve seen everything in an open world after you’ve finished it – in a good open world game, at the very least, there’s always going to be something new you never chanced upon yourself even after a hundred hours into the game.

All of this goes to demonstrate that the anti-open world sentiment is really a very niche, very loud minority pushing back against the popular trend (why they are doing that, we’ll get to in a bit). It’s evidence that open world games are, in general, overwhelmingly popular, acclaimed, and successful, meaning no developer or publisher has any reason or incentive whatsoever to walk away from them.

Here’s the thing, though – open world games are the ultimate expression of what video games set out to do. The whole idea of a video game is to immerse a player within its world and have the player inhabit and interact with that world. Linearity and prescribed progression and interactions existed because of technical limitations – making true open world games on the Nintendo 64 wasn’t exactly feasible, for example. But developers want you, the player, to inhabit the worlds they make. They want them to feel so expansive as to feel limitless. They want the player to feel like they can interact with anything, anywhere.

While there are, obviously, many developers who choose to make linear style games because that’s what their creative vision dictates, on the whole, open world games are video games achieving the goal they’ve been working towards ever since we moved away from single screen arcade games on the Atari 2600, and started getting long adventures to draw players in such as The Legend of Zelda, Super Mario Bros. or Final Fantasy way back on the NES. For most developers, an open world is a natural fit to their vision – that’s why so many chase the genre.

You can see this even with games or developers that haven’t quite gone fully open world yet this generation – even those have started to embrace more openness, where previously they confined the player to more linear spaces. Uncharted experimented with open worlds with The Lost Legacy, while The Last of Us Part 2 goes even bigger with an open world segment early on, while making each of its encounters a free form sandbox. Monster Hunter basically has multiple open world maps within it now with Monster Hunter World. God of War isn’t fully open world, but it’s embraced openness and player agency, with a wide open central hub full of secrets and hubs that players can explore, and a story that they can choose to defer as long as they want, while they check out the game’s not-quite-fully-but-still-pretty-much-almost open world. After a series of hyper linear games, Pokemon includes a vast, open world area for players to explore and traverse.

Developers aren’t just doing this kind of thing on a whim. Developing an open world is a monumental undertaking, requiring an insane amount of effort and coordination. Even just having open world elements (like the examples we just went through) increases the work load exponentially – because the truth is, any time you expand the number of variables you have to account for, you have to take into account the permutations and combinations of all those variables and their possible interactions that come with that. You don’t just decide to go open world because it’s the cool thing to do, it is an insane amount of workload (not to mention the money needed to actually do all those things). Developers are doing this because they want to – because, as I said previously, in general, open worlds represent the ultimate realization of video games as a medium.

… well, good open worlds do, in any case. I do empathize with the people who feel jilted by open world games, or wish their favorite franchises would go back to being linear again, because a badly done open world is appalling, being full of tiresome busywork and repetition that can burn anybody out. And unfortunately, due to the complexity of making open world games as discussed previously, bad (or even underwhelming) open world games are regrettably common.

But I do feel that players who decide to direct their ire at the entire genre and style of games are basically throwing out the baby with the bathwater. You’re not tired of open world games, you’re tired of bad open world games (and that’s fair). But those bad open world games aren’t representative of the genre as a whole. Just as you wouldn’t use The Order 1886 to prove why linear games are bad and should go away, pointing to Ghost Recon Breakpoint or RAGE 2 to decry open world games entirely is misguided – especially since, on the whole, we are starting to get more good open world titles than bad ones now. 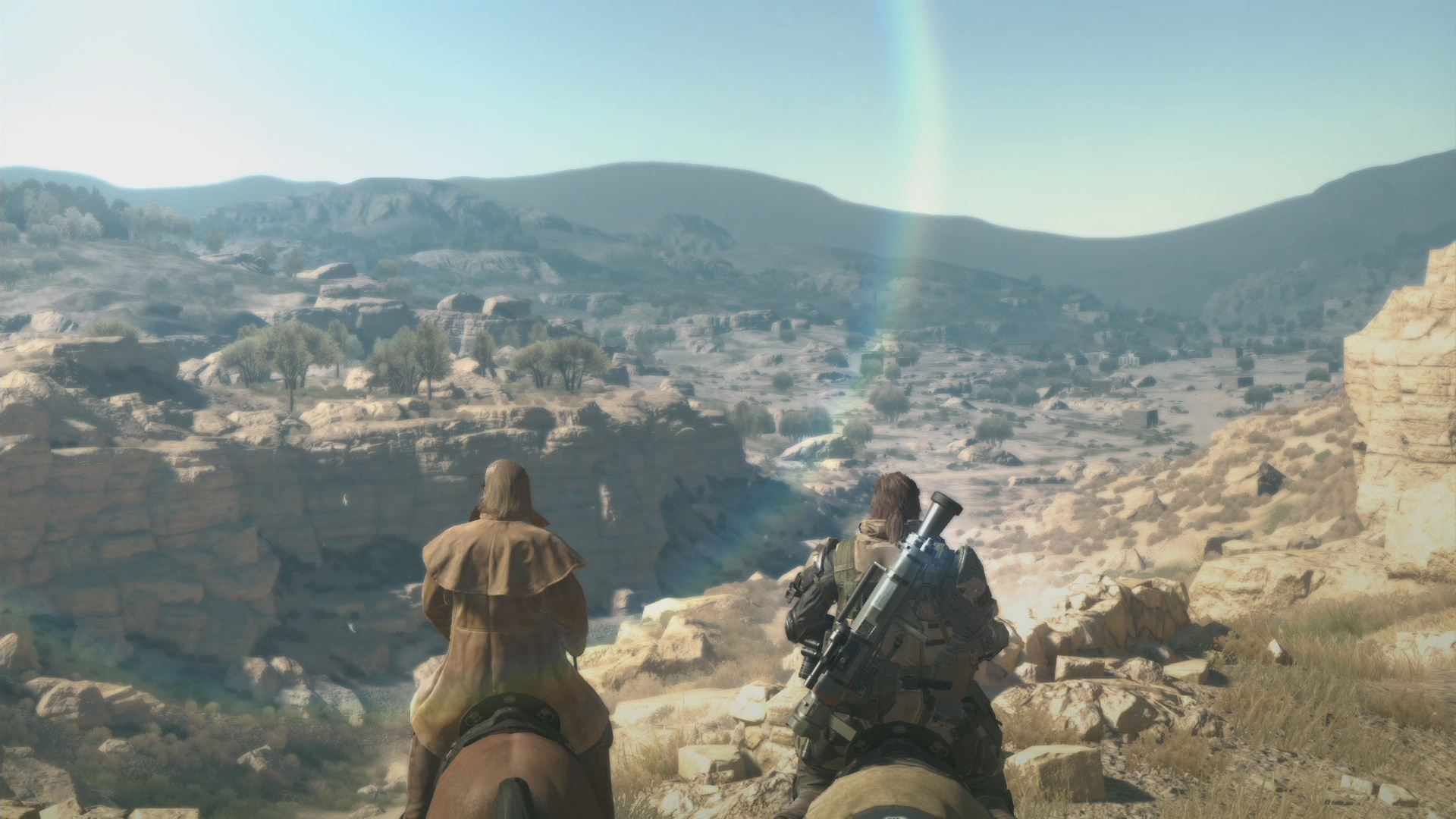 Then there are players who feel going open world has led to the loss of what they once loved in their beloved franchises – Metal Gear fans are unhappy with the diluted storytelling of The Phantom Pain, Mass Effect fans are unhappy with a whole lot of things in Andromeda that it’s easy to assume wouldn’t have been as bad if the developers hadn’t had to work on its open world, Mirror’s Edge fans contend that going open world ruined Catalyst.

All of those gripes are fair, and even true – Mirror’s Edge would definitely have been better served being a linear game, for example, while the diametrically opposite demands of sequential storytelling and open world games means that open world titles will have to compromise on either their openness, or their storytelling, or both, to some extent (meaning Metal Gear fans do have a point). But, again, I feel like this is more down to the individual game or developer, and their execution of their vision, than it comes down to the open world itself. Who in their right mind would have hated a Mass Effect Andromeda that didn’t have all the shortcomings it did, while also allowing you to explore these vast, wonderful alien planets on your own terms? Would Metal Gear fans truly have found The Phantom Pain disappointing if Kojima had been allowed the chance to actually, you know, complete the story?

Even with long running series, it is possible to go open world and largely bring most fans over with the transition – look at Zelda or The Witcher or Monster Hunter (and while there are critics of Breath of the Wild, The Witcher 3, and Monster Hunter World among their fanbases, the overwhelming sentiment towards those games is that of universal acclaim).

So, to everyone who feels jaded with open world games and wants them to go away, I posit: it’s not open world games you hate. It’s bad, or poorly executed, open world titles you have a problem with. And that’s totally fair – but open world games are not going away. They’re too successful, too popular, and too much of a realization of video games as a medium, for that to happen. They’re only going to get more commonplace come next generation (where a lot of the improvements made to next gen consoles, such as their solid state drives, seem to almost be made with open world games in mind, in fact).

So open world games aren’t going away, and given how many people enjoy them, they shouldn’t. It’s time to make your peace with them – and even if you can’t, even if you hate them with a burning passion, it’s not as if there’s any shortage of incredible linear games to play through either. Just this year we’ve had Final Fantasy VII Remake, Persona 5 Royal, and Ori and the Will of the Wisps. There’s enough great games to go around for everybody – stop wishing for other people to not get what they like just because you don’t.