This new and uniqe racer looks to be inspired by LittleBigPlanet due to the whole Play,Create and Share features in the game, which is not a bad thing, in fact its great!

The game seems to offer what many developers leave out, and its split-screen and co-op gameplay, and it sure looks like lots of fun. 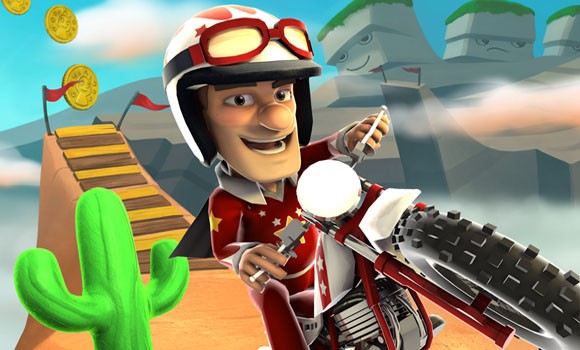 Joe Danger is set to be released on the Playstation Store on June 8, in the meantime, check out its all new trailer below: