JoJo’s Bizarre Adventure hasn’t seen nearly as many video game titles as fans of the spectacularly insane anime series will tell you it deserves, but JoJo’s Bizarre Adventure All-Star Battle, which released late in the PS3’s life in 2013 in Japan and 2014 in Europe and North America was perhaps the best instance of such a thing happening. It translated the personality of the series well with outstanding visuals and music and smartly coupled that with a familiar control scheme that fans of Tekken or the Dead or Alive games were able to adjust to fairly easily. The game was critically received quite well and would host a healthy amount of characters both on disc as well as a handful of DLC characters that would come later. JoJo’s Bizarre Adventure All-Star Battle R is basically a re-release of all of that with a few tweaks and new additions to boot, so suffice it to say, if you even moderately enjoyed the ride the first time, you’re in for a treat this time too.

Along with several new characters on top of the DLC ones released for the PS3 version of the game, bringing the roster up to a staggering 50 characters, JoJo’s Bizarre Adventure All-Star Battle R also has redesigned its campaign mode into a far more interesting “all-star Battle mode” which makes it feel more like a story mode you’d get from any other AAA fighting game these days, as opposed to the more thrown-together grind fest in the original version. Some new stages are thrown in as well as the ability to have a secondary character assist you throughout your fights with special attacks. This isn’t a new idea, as other Japanese fighters like Aquapazza and others have implemented similar things in the past, but it still proves to be a great way to add some more depth to any fighting game and it’s certainly welcome here. I’m also happy to report that the performance has been given the boost it deserves with a rock-solid frame rate and what appears to be some slightly improved character models. If you look closely enough at some smaller animations like mouth movements, you will still probably get the impression that it’s an older game underneath, but the game still shines just fine where it really counts during battles.

"JoJo’s Bizarre Adventure All-Star Battle R is basically a re-release of all of that with a few tweaks and new additions to boot, so suffice it to say, if you even moderately enjoyed the ride the first time, you’re in for a treat this time too."

Along with a reasonably deep move set that features light, medium, and heavy attacks, you also have various hazards on each stage to avoid or use to your advantage. Other characters can also come and go causing even more mayhem. Once you really get your arms around everything, which won’t take too long, you’d be hard-pressed to not enjoy the chaos that seems to constantly unfold. While I wish there was a bit more of a flow to the combos like the games that it emulates, I did enjoy the move sets overall and how different stances can completely change up any given character. It’s something that can make almost any character playable for almost any type of player and that’s a nice thing to see in a genre where you normally don’t have that luxury. With all of that combined, I rather enjoyed the battles and couldn’t wait to see what craziness I was in for with the next one.

Visuals on this remaster are quite nice on the PS5. Despite a native 4k resolution I never noticed any frame-rate drops in my playtime. Granted, the crazy action could have very well obscured the occasional hiccup from my vision, but as far as I could tell the game was running very well and with no major issues to report. The art style is also something that anime fans as well as fans of the fighting genre will almost certainly appreciate to one extent or another. Characters are absolutely brimming with personality and pop off the stages nicely. Mixing 2D art into a 3D world can sometimes go badly, but JoJo’s Bizarre Adventure All-Star Battle R does it in a way where it somehow feels pretty natural.

Some tenants of the original manga’s aesthetic sneak their way in as well, making it stand out very much from other 2D anime-style fighters. Even if the gameplay was bad, which it’s not, the sheer amount of fan service being delivered to JoJo fans on the visuals alone would likely be worth the price of admission for many. From special attacks, finishers, and even regular combos, just about each and every movement a character makes in this game is guided by that character’s personality, and I’m hard pressed to think of a fighting game that has this level of appreciation for its source material and lets it show in such a convincing way through the gameplay – certainly one with this many characters. It really is a sight to see this much attention being paid to each character with a roster this large. 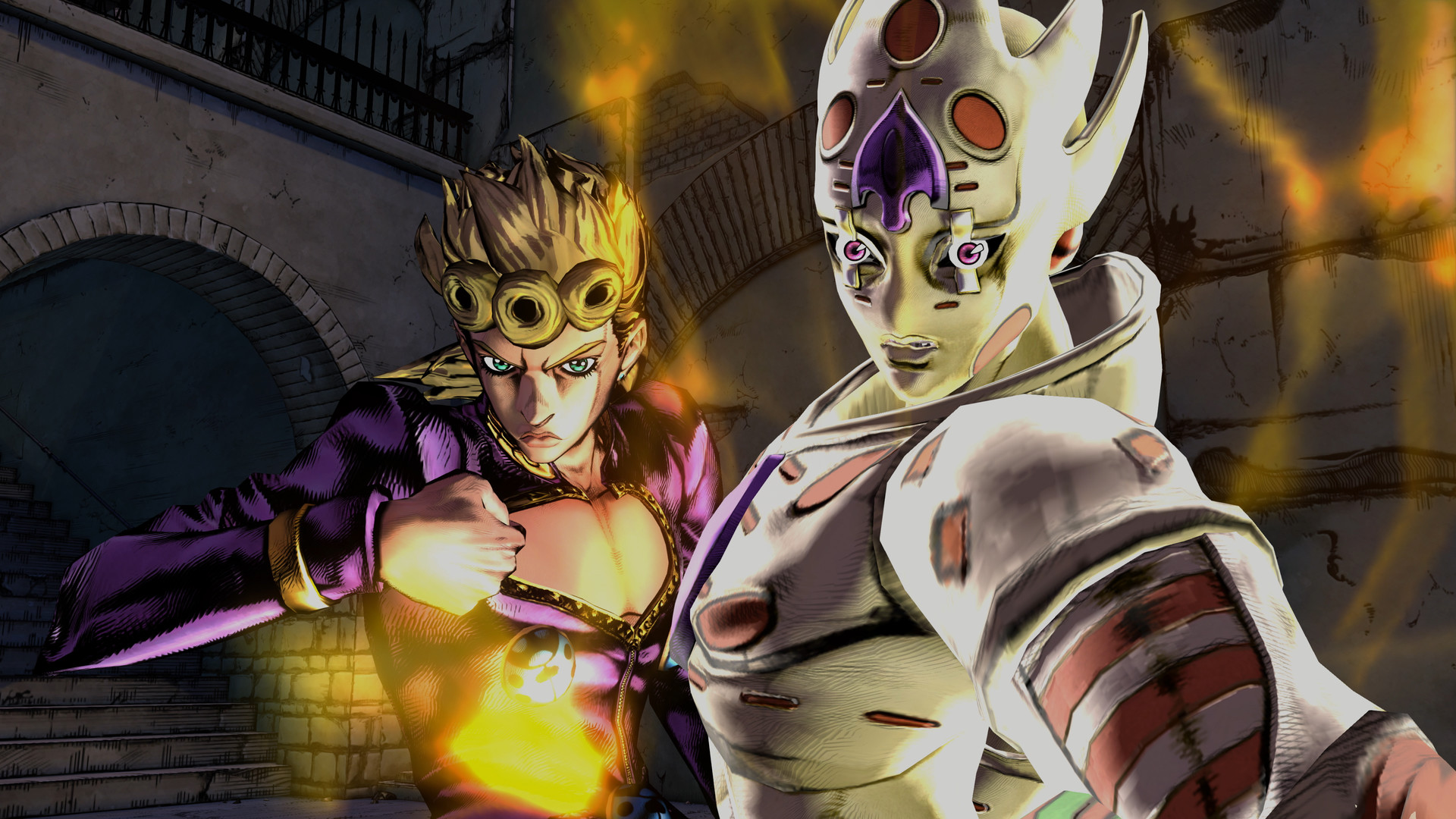 "Mixing 2D art into a 3D world can sometimes go badly, but JoJo’s Bizarre Adventure All-Star Battle R does it in a way where it somehow feels pretty natural."

Of the several ways to play you will undoubtedly be tempted to take the game online. Sadly this is where the game starts to fall apart a bit, as the netcode seems to have been improved minimally from the original release, if at all. This, by comparison to other modern fighting games, makes JoJo’s Bizarre Adventure All-Star Battle R seem woefully out of touch and in over its head. For the handful of matches I was able to find, I rarely had much fun after coming off the exponentially more fun offline modes. Once compared to other, recent similar fighting games like DNF Duel or even Street Fighter 5, JoJo’s Bizarre Adventure All-Star Battle R isn’t even in the same league when it comes to online functionality with the lag and connection issues it currently exhibits. It’s a baffling, and dare I say bizarre, oversight for sure, and will almost certainly ruin the game’s chances of expanding its audience into more serious circles of competitive players if not addressed.

Still yet, if you enjoy a good 3D fighting game with formally 2D characters, or just want to experience one of the shockingly few examples of JoJo’s Bizarre Adventure existing in video game form, you will still have more things to enjoy about All-Star Battle R than not.

Online play is a mess; Combos can be a little stiff.

Final Verdict:
GREAT
Despite dropping the ball in one of the most important categories for a modern fighting game, this is a fighting game that stands out from the pack, plays great, and honors its source material more than it needed to, and that certainly counts for something.
A copy of this game was provided by Developer/Publisher/Distributor/PR Agency for review purposes. Click here to know more about our Reviews Policy.