The profiles are of the following dinosaurs: Stygimoloch, Sinoceratops, Carnotaurus, Baryonyx, Allosaurus… and the Indoraptor. 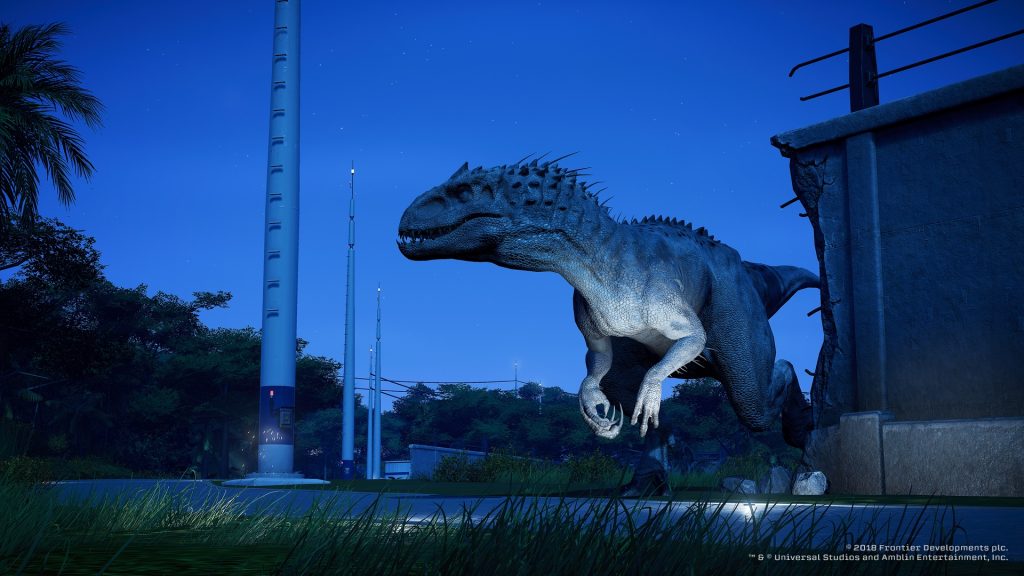 Jurassic World: Evolution released less than a month ago, and we gave the game a very positive review. One of the great things about the game is how unique each dinosaur is, with their own traits and behaviour. Frontier Developments has now released some new videos which serve as species profiles for six different dinosaurs.

The six different dinosaurs we see include the herbivores Stygimoloch, with its bizarre head adornment, and the Sinoceratops, which was first discovered in China. The carnivores includes the Carnotaurus, with its unique horns above the eyes, and the Baryonyx, which is a fish-eating dinosaur. There is also the Allosaurus with its disproportionately narrow and elongated skull. Finally, we see the hybrid dinosaur called the Indroraptor, which was created by Dr. Henry Wu in the film Jurassic World: Fallen Kingdom. This dinosaur is highly intelligent and also possesses enhanced strength and advanced stalking techniques.

You can check out all of the species profiles below. Jurassic World: Evolution is currently available for the PC, PS4, and Xbox One.