As a ‘thank you’ to the Just Cause 2 community, today sees the release of the Tuk Tuk Boom Boom, available to download free through Xbox Live Marketplace, PlayStation Store and Steam! 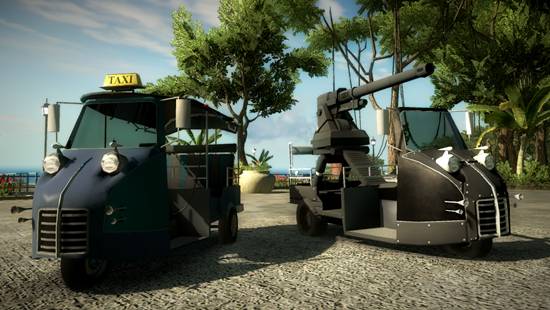 It’s safe to say, there’s never been a ride quite like the Tuk Tuk Boom Boom. Pimped-out and pumped-up, this auto rickshaw rolls with style, grace and a roof-mounted weapon of mass destruction, capable of devastating even the most persistent of pursuers. Other features include heavily reinforced and multi-layered carbon fibre composite shielding, a polycarbonate laminated armour windscreen and quad front-mounted air horns.

From today, players can also access all the downloadable items previously available only as pre-order promotional items.