Indie turn-based strategy RPG Kaiju Wars is making the jump from PC on to consoles. While PlayStation and Xbox versions have a release date, there is also a Switch released planned. 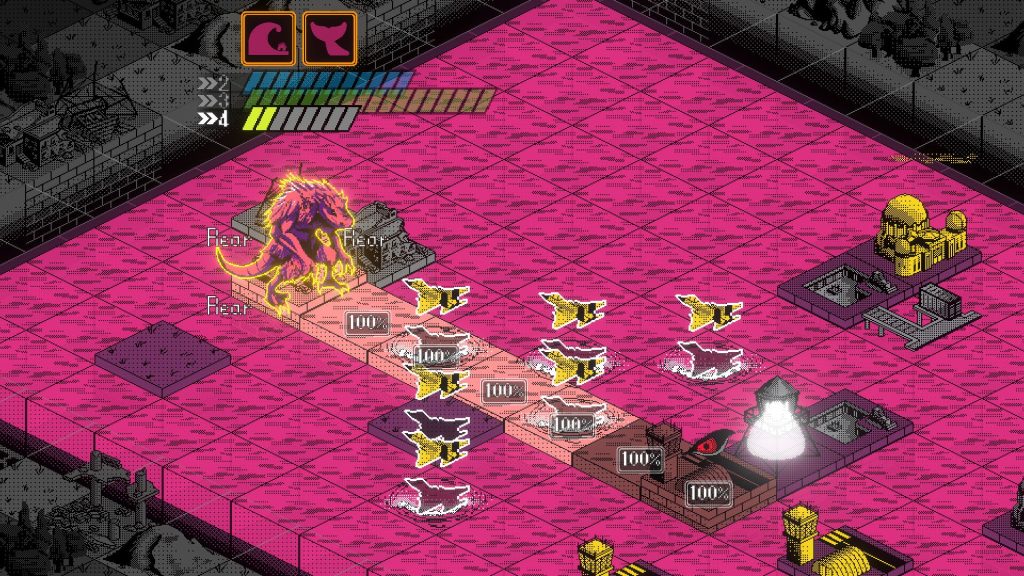 Developer Foolish Mortals and publisher Klabater have announced that turn-based strategy RPG Kaiju Wars will be coming to PS4, PS5, Xbox One, and Xbox Series X/S on November 10.

Originally released on PC back in April, Kaiju Wars is also getting a release on the Nintendo Switch, but there is no release date yet for the Switch version.

Kaiju Wars puts players in the shoes of a military commander that has to command their armed forces to victory against an onslaught of attacks by various Kaiju.

Inspired by classic Japanese Kaiju movies, Kaiju Wars features tongue-in-cheek writing that seeks to affectionately parody the cult classics of yore, and features five unique Kaiju to fight, each with their own strengths, weaknesses, and strategies.

Like the critically acclaimed Into the Breach, Kaiju Wars also places an emphasis on presenting all strategic information to the player before they have to make their moves. This means that players will be able to see where monsters are going and attacking, and there is little in the way of secrets that would mess up a player’s plans.