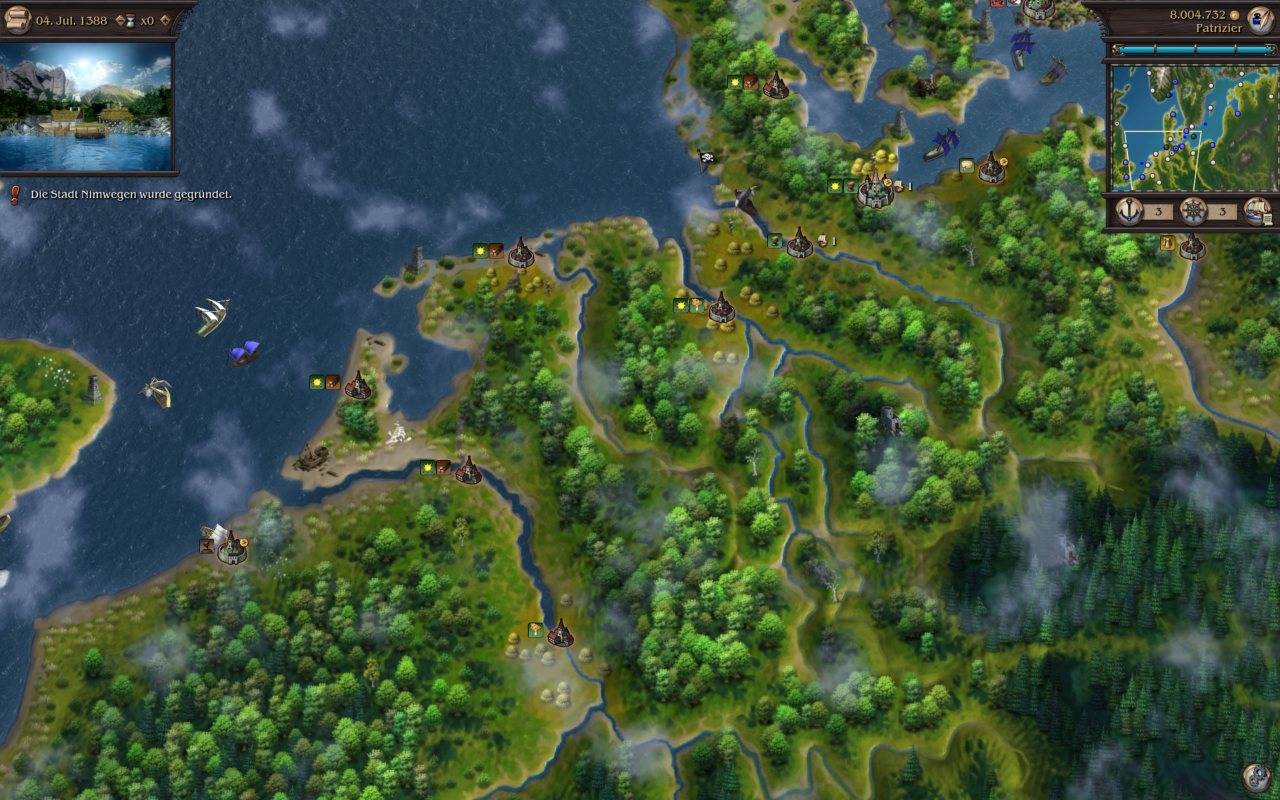 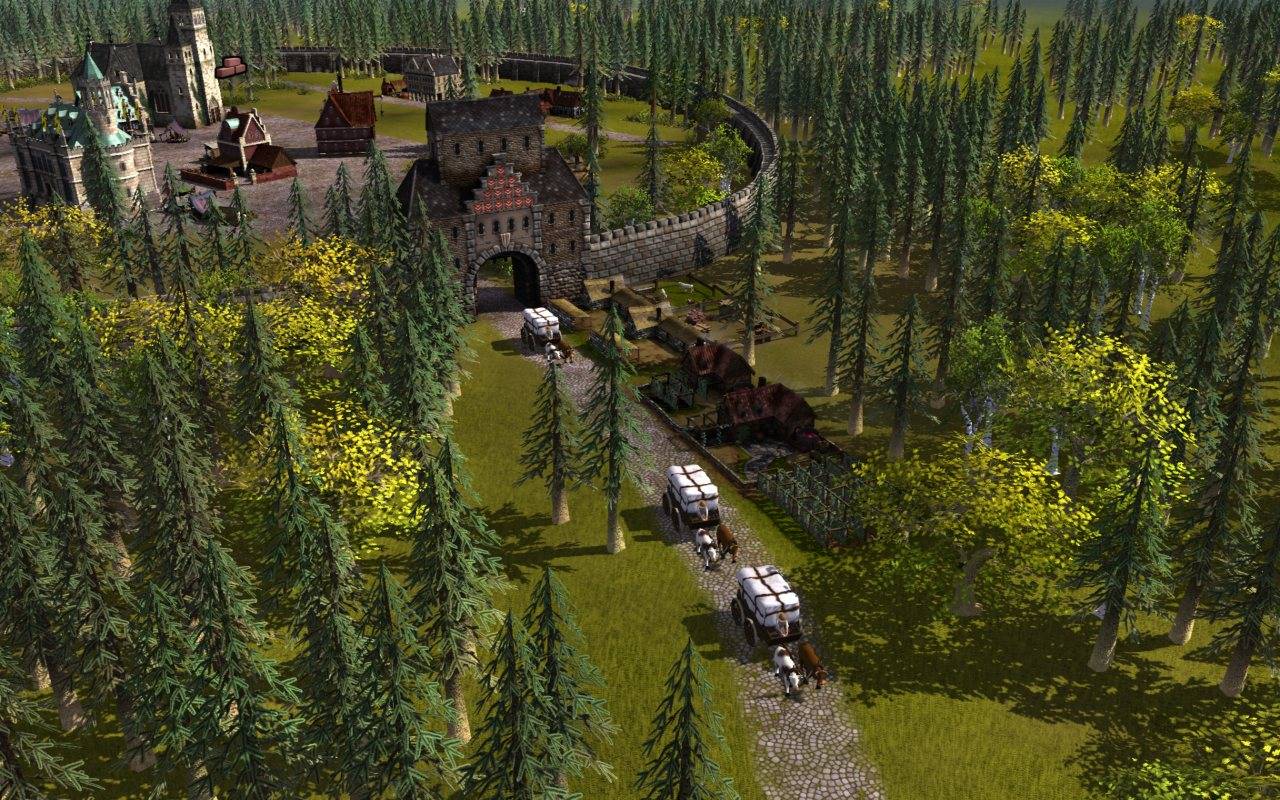 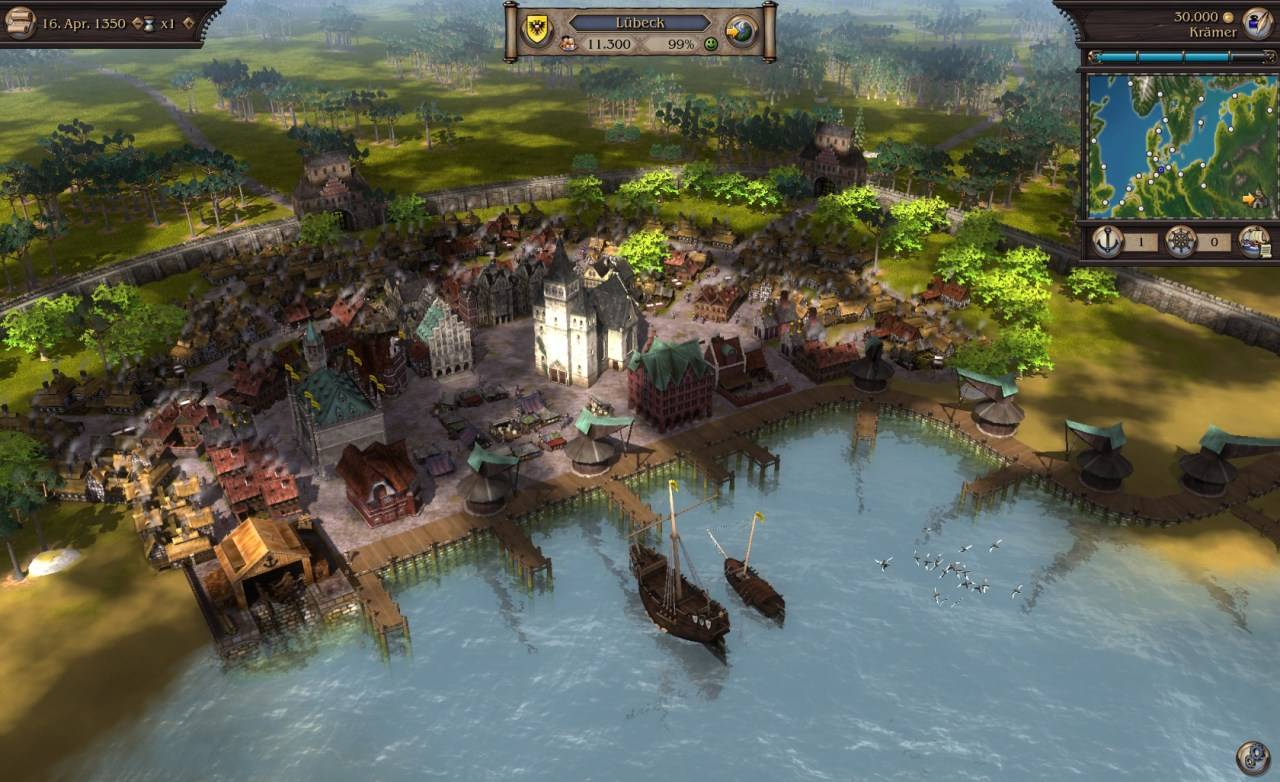 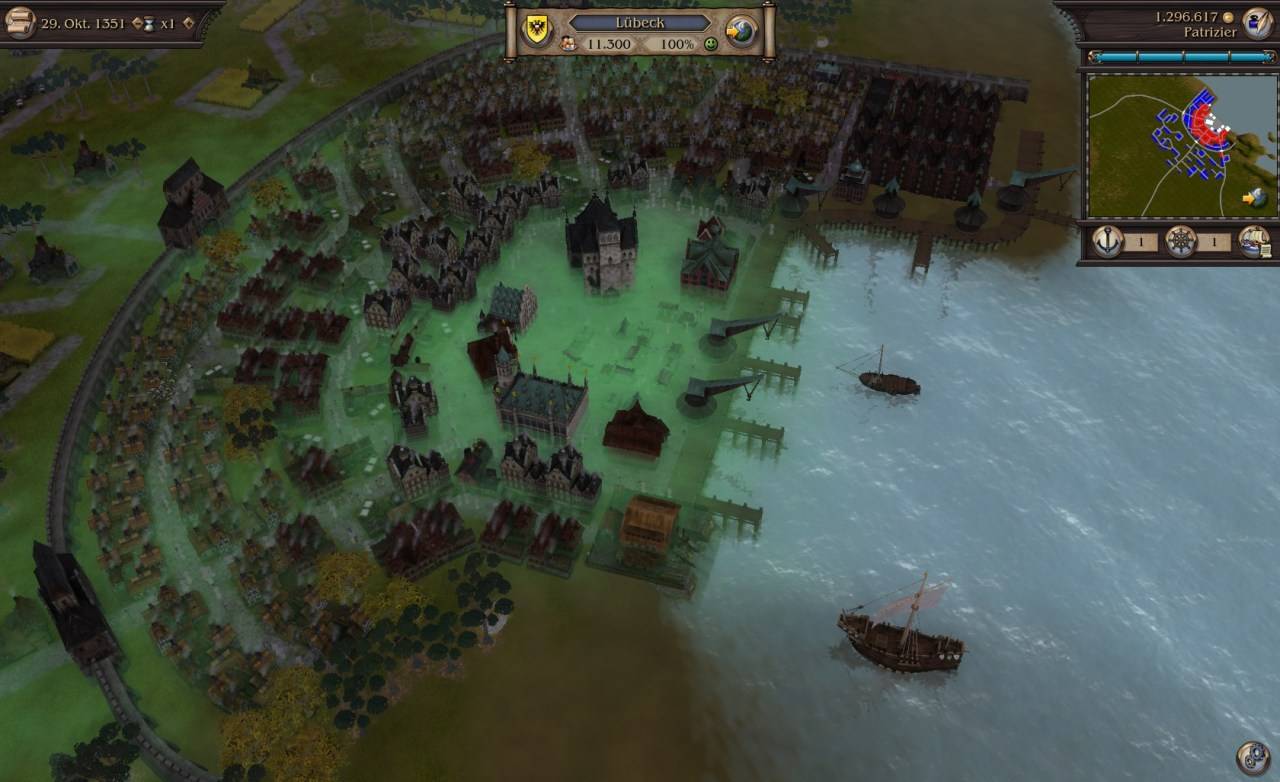 Patrician IV Gold Edition Features:
• Combines the full edition of Patrician IV and the official expansion Rise of a Dynasty into one great game
• Realistically modeled trade system with trade routes between 40 cities on the coast and the mainland
• Become a leading merchant in heartland cities and establish an extensive road network to expand your trade routes
• All towns are displayed in impressive and detailed 3D
• Intelligent rivals, dynamic weather and seasons influence gameplay
• Manage your trading empire with three of your friends via LAN or Internet in a cooperative multiplayer mode
• Become a big time landowner and buy parts of the regional territories to expand your influence and power
• Be elected mayor of your home town or even Alderman of the Hanseatic League and gain new rights and responsibilities.
• Construct your own merchant fleet from historical ship models and research new ship types
• Arm your fleet with convoy ships and fight in impressive naval battles against pirates and rivals