Currently the demo for Kane and Lynch 2: Dog Days is now running, but you have to you must have been able to get into the preview which had limited space.  Next week the demo will be available for everyone to download and let me just say the demo so far has been pretty awesome.  It has a different and unique style than the first game which I wasn’t too crazy about.  The demo will be available for the Playstation 3 on July 27th while the Xbox 360 and PC just have a “Next Week” date set for them. 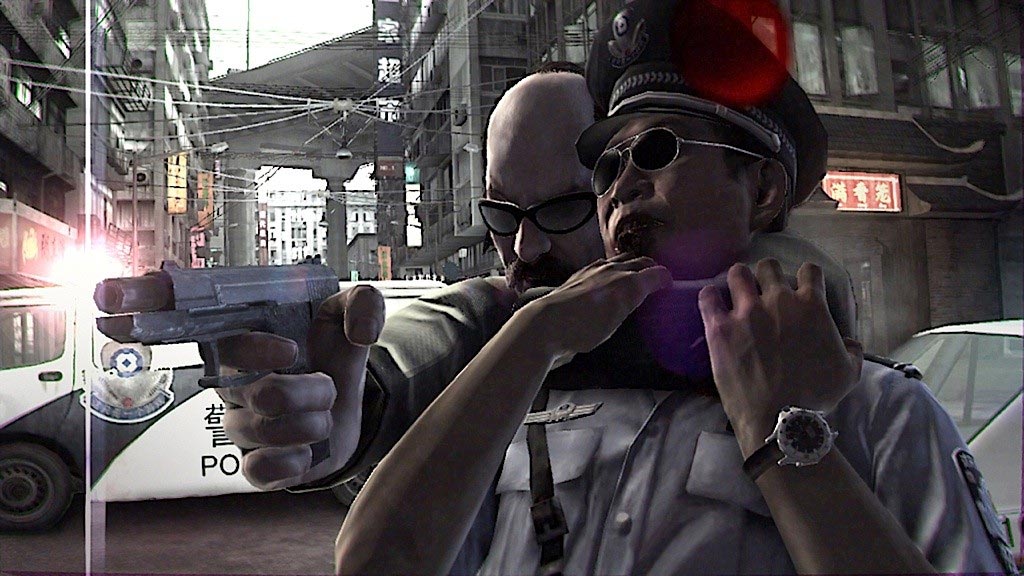 The demo lets you play 3 ranked multiplayer playlist modes online, as well as a campaign level (solo) and an Arcade Mode which requires you to grab all the loot you can grab and then escape with a team as you are swarmed with enemies.  You can also go renegade in this mode and try and take your teams loot by killing them and then escaping… I could not get away alive after going renegade.  Kane and Lynch 2: Dog Days comes out for the Xbox 360, Playstation 3 and PC on August 17th.

Amazon.com Pre-Order Bonus:
get $10 off a future video game purchase. The promotional code will be placed directly into your Amazon.com account within 2 business days after the product ships. Additionally, receive an exclusive graphic novel and a code to unlock the exclusive Goodbye Katty Gun. Both the code for the gun and the graphic novel will be included in pack when the game ships.