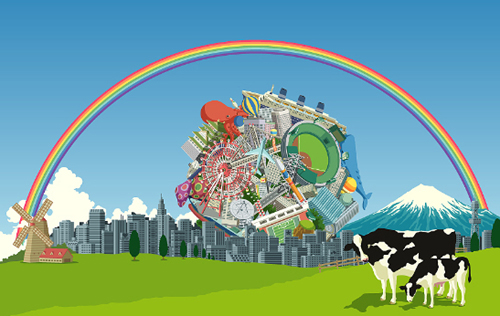 Videogames are not art? Think again. They are. Namco Bandai Games have announced that Katamari Damacy has now been accepted into The New York Museum of Modern Art. It will be on Display in Century of the Child: Growing by Design Exhibit from July 29 – November 05, 2012.

“The inclusion of Katamari Damacy in this ground breaking exhibit is a testament to the creative designs embodied in Namco Bandai’s games and shows the importance of video games in peoples’ lives in addition to being a validation of video games as a modern form of interactive art.”