Kid Icarus: Uprising sells 140K in March in US 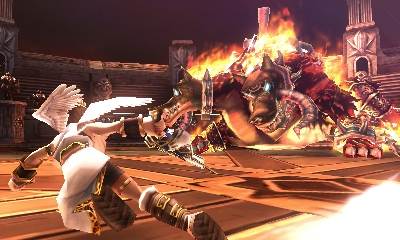 According to the recently revealed NPD sales figures for the month of March, Nintendo’s 3DS third person shooter title, Kid Icarus: Uprising sold an impressive 140,000 units in the month in US.

While the sales figures aren’t exactly groundbreaking- certainly not up to Mass Effect 3’s 1.2 million units- they’re very impressive nonetheless, especially considering the fact that it was only on sale for eight days in the month.

“In a list of the top 10 SKU’s for the month (as opposed to top titles as listed here), 3DS Kid Icarus: Uprising would have been among the top selling individual SKU’s for the month of March,” said analyst Anita Frazier, implying that it was one of the ten best selling single-platform releases.

Hopefully this proves to Nintendo that people are, in fact, willing to spend money on the Icarus franchise, and hopefully we’ll be seeing more of Pit in the future.

We recently posted our review of the game and gave it a perfect 10/10. We called it “possibly the greatest handheld game ever created” saying it “is a game that is as good as the best of the best ever produced by Nintendo”.

You can read the full review here.