Season 2 kicks off with an increase in Instinct to Kill.

Killer Instinct Season 2 has finally begun, and speaking of the game as if it’s a deep intriguing television show that contains a deep lore and grizzly backstory is an overstatement. But the game by its nature is episodic and it makes good use of its free-to-play model for those still unsure whether or not they wish to purchase one of the additional packs.

Killer Instinct is a game that fans have been asking for over the last seventeen years, and along with this new iteration of the game, new characters and stages have been added since its initial release last year. Killer Instinct Season 2 delivers four new characters and four new stages at this point in time, with plenty more to arrive as the season continues. Arriving in the form of a steroid-infused Boxer, a flying dead man, a ruthless blade-welding warrior, and a cybernetic Dinosaur. Killer Instinct Season 2 immediately has my attention…Everything is better with Dinosaurs.

Starting with the game’s character roster we have Maya. If the characters of Killer Instinct actually had legitimate titles to their fighting styles, then Maya’s would be called Jungle. This is primarily what Maya is, and in a weird sense of irony it’s subject to both her name’s sake and her appearance. Designed in a style which I could only describe as an African variation of Xena Warrior Princess. 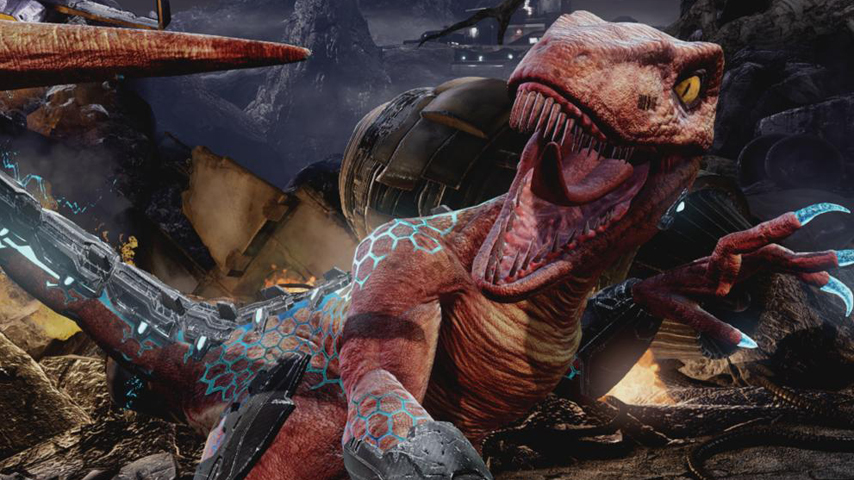 " If I was to describe Maya in one word it would be Jungle."

Maya’s attitude and dialogue which consists of carving her opponent and not being of worthy prey, invokes a predatorial-like nature to her. This goes well with her appearance of rigid shoulder plates and golden dreadlocks.

Fighting primarily through the means of cartwheels and roundhouse kicks, in conjunction with her daggers which she throws at her opponents. Maya’s fighting style appears both wild and well-structured and this delivers both a sense of unpredictability as well as commonness in how she attacks.

Enthusiast players will certainly take the time to practice and keep things diverse as the character isn’t at all that difficult to read after a few matches or so. But Maya does have some tools at her disposal and these will certainly keep her opponents on-guard as they fight. As Maya is able to throws her daggers towards her opponent players will have to get used to picking them back up from the floor, as they simultaneously do battle with the enemy.

Maya is also able to charge these daggers and should players who wish to make the most of Maya’s techniques and put in the time and effort, they should do well at combining strategy and timing as well using the daggers as a means of distraction before unleashing a powerful combo with her kicks. 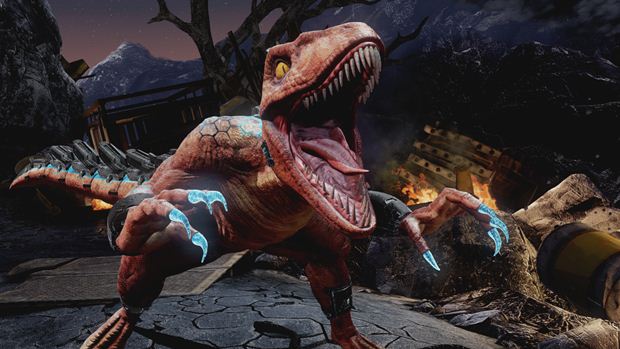 "Fighting primarily through the means of cartwheels and roundhouse kicks, in conjunction with her daggers which she throws at her opponents."

It should be noted that these don’t work well as ranged attacks, as the timing that’s necessary to move in on a combo after the throws have been made, do require some proximity between her and the opponent. Next up is TJ Combo a returning character from the original series that’s undergone somewhat of a graphical upgrade. Aesthetics aside,  his original design has been left intact as are his fighting techniques.

TJ’s attacks are fairly straightforward in terms of linking together combos, his attacks are marginally slower compared to other characters, but what he loses in speed he makes up for in strength.

As TJ is also able to grab his opponents prior to slamming them to the ground, linking combos together are quite effortless once the player has been through a couple matches with him. This gives rise to some fairly unique techniques such as juggling your opponent through the use of jabs and uppercuts.

While I personally didn’t find the character at all too interesting due to his simple aesthetics and lackluster appearance, when compared to the other characters in the game, this isn’t to say he’s a bad character. TJ’s appearance and fighting technique is relatable in the fact that he’s not so over-the-top, nor does he look creepy, dead, or mutated like the other characters within the game. 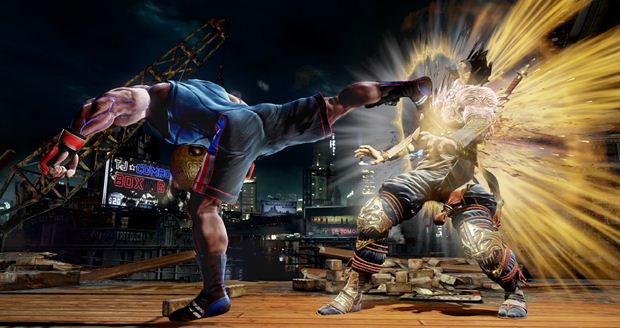 "TJ Combo is a returning character from the original series and although he's taken a serious graphical upgrade, his original design has been left intact as are his attacks."

Moving on to the next additional fighter, Kan-Ra. This walking body-bandage is best described as a cross between Terrence Fisher’s Hammer Film production The Mummy, and Seth Kearsley’s television show Mummies Alive! Kan-Ra’s appearance has death written all over it and seeing how the guy is in fact a corpse, his threatening eyes, rotting clothes, and pale colourless skin go hand in hand with his overall fighting techniques of using what’s prevalent to his theme and background to his advantage.

The character’s abilities work primarily in the way of distraction and pounce. Kan-Ra can unleash projectiles based attacks in the form of insect swarms, and this works well in his favour as it can be used as a short distraction in order to lead on to a more punishing attack.

Seeing as Kan-Ra can attack from a distance this doesn’t imply he’s untouchable. Where characters such as Jago can taunt you from the other end of the screen with endless projectiles of lightning and fire, Kan-Ra’s swarm distraction doesn’t quite work in the same manner. Which means he must move in for an attack in order to get a combo flowing.

What’s unique about this means of distraction however is the ability to grab your enemies from a certain distance using the bandages flowing from Kan-Ra’s body. Using his mummification as a weapon Kan-Ra can slam, twirl, and whip his enemies while simultaneously unleashing miniature sandstorms that knock the enemy into an airborne state, allowing more possibilities for combos. 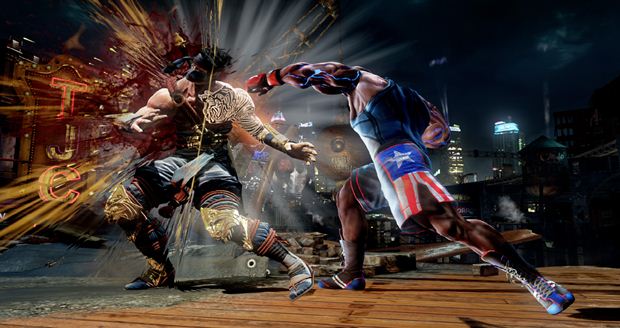 Kan-Ra isn’t all theatricality and deception however, his close range attacks are powerful within their own rights although it will take a lot more practice should players wish to make the most of his techniques. I cant emphasize enough how much anything and everything that exists within the realm of possibility and impossibility, can be significantly better, should it involve Dinosaurs.

Make way for Riptor, a cybernetic Velociraptor that requires no explanation as to what makes it so great. Designed as a military defence weapon, which doesn’t make all too much sense seeing as the character is an augmented uncontrollable predator intent on achieving one thing in the context of gameplay.

Riptor is as out of place as it is brilliant. One of the most interesting things that sets Riptor apart from the other players and this was also noticeable of Kan-Ra, is that they actually look unpredictable.

Riptor’s appearance of long sharp claws, protruding spikes, electric-neon veins, and a fairly lengthy cybernetic tail, will have you questioning two things. Is it going to run in and scratch me to death like Sabrewulf? Or is going to strike me from far with his tail and keep me at bay breathing fire? And once you become aware of this that it can indeed breathe fire and it will tear at you with every blade on it’s body, you have to become quite tactical when going against it. 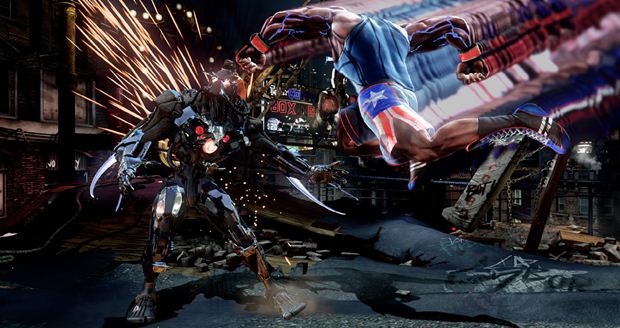 "Is it going to run in and scratch me to death like Sabrewulf? Or is going to strike me from far with his tail and keep me at bay breathing fire? "

Riptor’s attacks work best when in close range of the opponent, and although it possesses a tail which can indeed be used for attacking, it doesn’t provide any tactical advantage for attacking from a distance. Where Riptor mainly succeeds is when the player is able to stay in close proximity of his or her enemy. It’s then when Riptor can be put to good use as it can use just about every part of it’s body as a weapon.

Head butting, tail striking, and clawing all play out at a decently fast pace regardless of whether the player is a rookie button-basher simply trying to have fun, or an expert looking to link together technical combos. Riptor’s attacks also consist of leaping towards it’s opponents which can then lead on to more satisfying combos.

Combined with a quick-retreat mechanic that has it fleeing towards the other end of the stage, Riptor’s fighting style is almost as vicious and animalistic as Sabrewulf’s. Along with these four new characters come four new stages to do battle on, with plenty more to follow as the season continues. 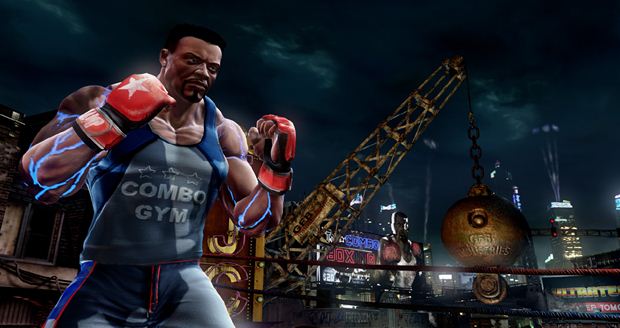 "Where Riptor mainly succeeds is when the player is able to stay in close proximity of his or her enemy."

Downtown Demolition is where TJ Combo struts his stuff, among the dangers of a construction site, wrapped in flashy lights and unfinished buildings, under a city bridge.

City of Dawn holds a theme of nature and beauty much like Maya herself. Ancient ruins covered in plants and wildlife that scurry past the character’s feet and react to their attacks, really do well in showing off the sense of life and dynamic properties that the stage contain.

As opposed to being a simple static background that may as well have been a default screensaver from a Windows operating system. Overlooking a waterfall, the City of Dawn gives a feeling of threat and danger, much like the character it calls home to.

Making good use of the non-existent lore behind Kan-Ra, players can do battle in an underground ceremonial temple known as the Forbidden Archive. In what appears to be a sacrificial circle surrounded by jars, cobwebs, and astronomical ornaments. The Forbidden Archive is clearly well designed as it invokes both a stylistic atmosphere with supernatural horror. 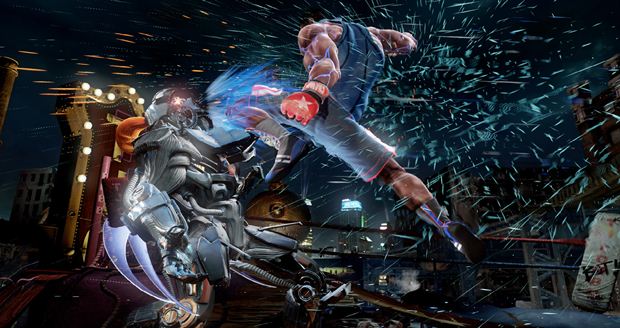 "City of Dawn holds a theme of nature and beauty much like Maya herself."

Last to the addition of the new stages is the Hatchery 09. Rather bland in it’s design which is a shame seeing how the other stages this far look truly impressive. Hatchery 09 doesn’t present much in the way of interesting backgrounds, special effects, or weather properties.

To put it quite simply there’s a mountain in the distance, there’s a laboratory of some sort sitting above it, and the battle ground is the remains of a plane crash. The level says nothing about the character nor is it a visual spectacle when compared to other stages.

As the stage hosts home to Riptor, one would expect a medical lab of some kind with prototypes and failed test subjects of the character trapped behind glass, or caged in to the actual ground of the stage itself. Just something a bit more futuristic that still remains carnage and primal enough for the character to bare reference to.

We will have more coverage on Killer Instinct: Season Two in the coming months. Stay tuned.