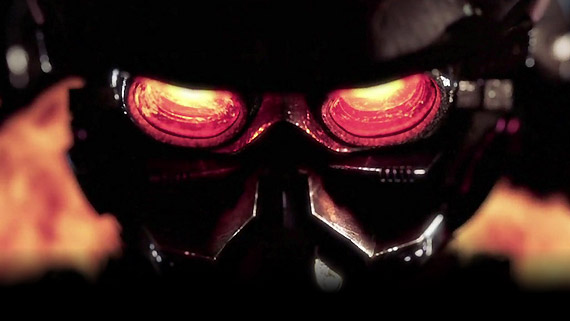 Playstation 3 users will be able to download a Killzone 3 open beta on February 2 in the US and February 3 in Europe. The beta will have the MP05 ‘Frozen Dam’ multiplayer map and all three multiplayer modes which are ‘Guerrilla Warfare’, ‘Warzone’ and ‘Operations’ as well as Botzone.

* Guerrilla Warfare (16 players): Guerrilla Warfare is a standalone multiplayer mode similar to classic Team Deathmatch: You and your teammates must try to kill as many of the opposing team as you can before the timer runs out. In this mode, only the downstream monitor houses and repair bay are accessible, giving the map a very frantic pace.

* Warzone (24 players): If you’ve played Killzone 2, you may already be familiar with Warzone. It’s a round-based multiplayer campaign that consists of five randomly ordered mini-missions. In this mode the power house and penstocks directly under the dam are accessible as well, so there’s more room to come up with different strategies and approaches to your goal.

* Operations (16 players): Operations is a new multiplayer campaign which aims to deliver a more cinematic, story-based gameplay experience, similar to that of Killzone 3′s single-player mode. It consists of a sequence of linear mini-missions, in which the ISA must try to secure the docks and destroy the dam, while the Helghast must try to protect the dam facility.

* Botzone (one player and up to 15 bots): Botzone is an offline multiplayer mode ideal for those looking to get to grips with the controls, the weapons or the map layout before going up against live players. Each of the aforementioned multiplayer modes can be played offline, against CPU-controlled opponents.

Killzone 3 is out exclusively for the Playstation 3, PS Move Capable, on February 23 in Europe, and February 25 in the UK.  The game will also include a beta for SOCOM 4 on specially marked copies.