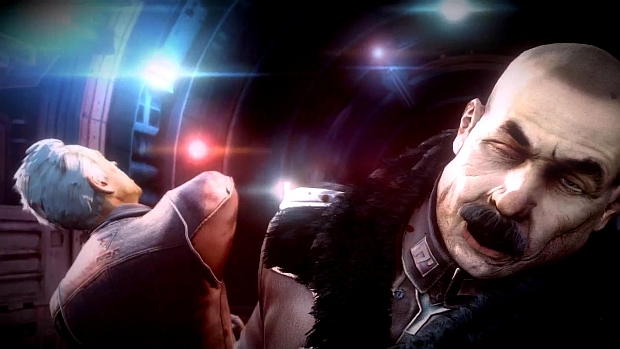 The embargo has lifted on SCEA’s highly anticipated upcoming shooter, Killzone 3. Does Guerrilla Games deliver an excellent package this time around, something that lives up to the brilliant previous installment? You’ll have to read some reviews to find that out. And rather than you having to browse the entire Internet to find those reviews, we have for you a review round-up of Killzone 3 right here.

“Killzone 3 isn’t the game it could have been, but when it comes to capturing the madness of larger-than-life planetside battles, few games do it better.”

“Along with its fun multiplayer, Killzone 3 is so enjoyable because it’s not just a shooter, it’s an experience. Guerilla has crafted scene after gorgeous scene that made me feel like you’re a part of a brutal, human war that is somehow fantastic in setting but also eerily reminiscent of the wars we see on TV. Combine this with the superb pacing and you have a campaign that’s totally fun despite its boring characters and uninspired story.”

“At heart, Killzone 3 is still a ridiculously good looking thrill-fest that challenges little more than your reaction speed – and your visual expectations. She’s not marriage material and eventually, her charms will wear thin. But we can at least guarantee that shooter fans won’t regret spending a fair few evenings alone in her company.”

“Fans of Killzone 2 will love the improved multiplayer, but may find that the single-player side of things has lost a lot of its identity. It’s always polished and breathlessly paced, but it no longer offers a distinct change of pace from the rest of the shooter herd.”

“And even though the game’s overall single-player campaign wasn’t as memorable or as consistent of an experience as I was expecting it to be, the game’s robust multiplayer modes more than make up for those disappointments. It’s definitely one of the better multiplayer games available on PlayStation 3 and easily one of the best-looking games available to console gamers today.”

“It’s hard to say, but Guerilla has always managed to come back with a better critically received iteration of the battle between ISA and the Helghast each time, and Killzone 3 is another step forward for the series.  Now if they could only get me to care about the dreary inhabitants of this (now) colorful world.”

“Guerrilla Games once again has delivered a top notch first-person shooter experience worthy of ample praise. It has everything we loved about Killzone 2, plus local co-op, awesome melee combat, and a terrific narrative. This is a must-buy, but we’re sure you already knew that. In fact, Killzone 3 isn’t just a must-buy; it’s one of the best games to arrive on Sony’s flagship console to date – period.”

“Much like its predecessor, Killzone 3 is a game that pretty much every PlayStation 3 owner should have in their collection. It’s big and flashy, but it delivers on so many levels that you’d be a fool not to give it a go.”

“Killzone 3 is no doubt to be the best first person shooter game that I’ve played since the previous title in 2009. The action that you will be experiencing while playing this game is beyond epic and I’m sure players will be craving for more. While the multiplayer portion of the game does not offer any new things except for new maps, the single player mode is where the game truly shines thanks to the phenomenal storyline and non-stop heart pounding action from the beginning to the end. Did I mention that the end of Killzone 3 hints up a sequel? Bring it on Guerrilla!”

“Killzone 2 fans will lap up this continuation of one of the PS3′s best games. It’s a well made game with a much better story, more rounded characters and oodles more variety.  Gone are the sole dull greys and browns of Helghan of old, the planet now serving up rich jungles and snowy outposts in amongst the heavy metal of the urban settings, and it’s all the better for it. It’s not perfect, but it’s smart enough to know that, instead offering a ballistic run-through that’ll keep you busy until it’s complete.”

“The feature set of Killzone 3 is impressive: 3D support, PlayStation Move compatibility, split-screen offline co-op campaign, and offline multiplayer with bots, but no amount of 3D waggle can change the fact that the Killzone 3 campaign is a miserable experience. Killzone 3 certainly offers more bells and whistles than its predecessor — it’s just a shame they’ve been affixed to an inferior game.”

“Killzone 3’s campaign suffers from the odd low point, but the fast pace of its excellent missions, outstanding online multiplayer, and an all-around better feel more than compensate for the missteps. This is a vast improvement over earlier franchise entries, and the superb multiplayer suite will keep us playing until the inevitable sequel.”

“Killzone 3 is the ultimate ending to a new form of sci-fi epic. It is a story of interpersonal conflict and struggle more than two civilizations at war. By taking full advantage of the PlayStation 3 Guerrilla Games has created an expansive world and proves that even shooters can have a compelling narrative With plenty of variety to keep the action fresh throughout the entire campaign, it never feels tiresome.”

“As close to perfect as online shooters get, and I do not say that lightly. The single-player could still use a little bit of work, but its faults pale in comparison to the amount of entertainment that the multiplayer provides, not to mention that the story mode itself really provides some greatness when it needs to. I don’t think the PlayStation 3 has ever had quite such a rounded, satisfactory package as this, with this level of polish, refinement and pure, simple, unpretentious action.”

“Killzone 3 is the best entry in the series so far and one of the best shooters of all time. The game is the new genre king and sets the visual bar very, very high for future PS3 games.”

“The revamped controls result in the best Killzone experience yet, and the thoughtfully-conceived multiplayer elements will keep you in the game until you’ve maxed out and mastered its finer points. Killzone hasn’t forgotten its roots–it’s just improved its fundamentals in every way that matters.”

“Killzone 3 is epic. Players get some of the best graphics ever and a lot of variety in gameplay. Move gameplay is very intuitive. This Month, Call of Duty will be dethroned.”

“Although it has lost part of the impact of the previous game, Guerrilla Games has again achieved a great first-person shooter, greatly improving the campaign mode and emphasizing its personality.”

There’s gonna be more of these reviews soon, so keep posting the links in your comments as you see them.

Also, check back tomorrow to read our own review of Killzone 3!