As a former Shadow Carja, Ryas works with Avad to investigate a new threat. Hami is tasked with escorting Ryas but despises him for his past.

Here's what you need to know when the Horizon universe expands into the VR space on February 22nd with the PlayStation VR2.

5 Ways The Killzone Franchise Could Make A Return

Killzone is a franchise that seems to have been lost to the times, but there are plenty of directions that Sony could take going forward.

A journalist has claimed that Horizon Zero Dawn's rumoured remaster is being developed by a team outside of Guerrilla Games.

The Shell-Walker, Bellowback, Watcher and Stormbird are all included in the upcoming VR title, which launches on February 22nd, 2023.

Horizon Call of the Mountain is Now Available to Pre-order

The PlayStation VR2 title retails for £59.99 on the UK PlayStation Store and is out on February 22nd, 2023, for the headset.

Stray, A Plague Tale: Requiem, and Xenoblade Chronicles 3 have also been nominated for the Game of the Year category.

Horizon Call of the Mountain News is Coming This Week

Developed by Guerrilla Games and Firesprite Games, the VR title will launch alongside the PlayStation VR2 on February 22nd, 2023.

Sony has also unveiled a Horizon Call of the Mountain bundle for the headset, with pre-orders for the game also going live later this month. 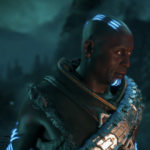 Various fixes for bugs and Main Quests are also live. Improvements to TAA on PS4 and PS5 Resolution Mode have also been done.

Monolith Soft and Nintendo's Xenoblade Chronicles 3, which debuted on top of the charts last week, falls to No. 10.