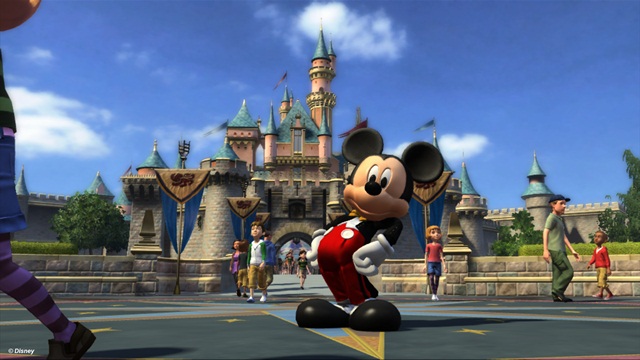 Ever been to Disneyland? If not, Kinect: Disney Land Adventures is incredibly accurate. The developers have done a fine job recreating it in the game, and I can go as far and say that it is basically 1:1 representation. Why is that a big deal? Because it shows that the developers have put a lot of effort in the game. I love small details like these which are insignificant as many people don’t notice it, but it is quite nice when you notice it.

It actually made me a bit nostalgic, as I went to Disneyland ages ago. Coming to the game, it is quite fun and accurate as well. I love this new trend of Kinect games utilizing each and every capacity of the sensor. The realistic depiction of Disneyland makes the game a lot of fun, as the visuals aren’t that bad either. If you ignore the theme, this could be one of the most impressive games on the Kinect, which would have been noticed by many.

You do what you would do in the real place. That’s right have fun. It’s the same here, but is represented by a series of minigames, which should be familiar to most people who have Kinect. There is no age limit for fun, and it isn’t that embarrassing for an adult as well. There are a lot of collectables in the game, which you will find scattered throughout the area. They aren’t that difficulty to find, though. 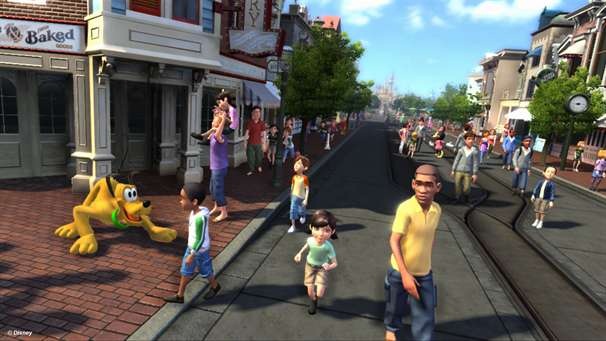 You can find a lot of Disney characters like Mickey Mouse and the likes. You do what they tell you to do like I mentioned before. – take autographs and stuff. There are a plenty of jobs that these Disney characters give, which are quite simple to accomplish. There is no pass required or waiting in long lines, and you could say that the digital version is more amazing than the real life due to this.

The game isn’t on rails mostly, as you have to move the character by guiding them with your hands. It sounds simple but can require some effort. There are 18 attractions in the game, which take you on various scenarios like coming face to face in front of a Black Hole in Speedy Mountain. I won’t spoil other attractions, so it’s better if you check it out.

Since there are so many minigames, the controls can get a little frustrating and convoluted, thus hampering your experience in the game. When it works well, it really works well, but when you start having problems, there is a big chance that you would stop playing this game, out of sheer boredom. The main problem with the game is the controls, but you can’t really blame the developer here, who created Kinectimals one of the launch titles for Kinect. 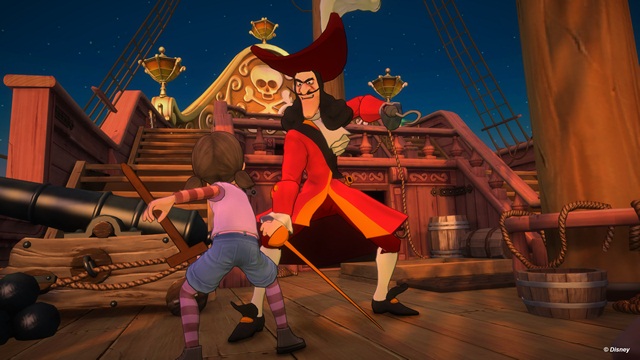 The control issues are still annoying, but that is mostly due to the limitations of the sensor, and if you encounter minigames which is pretty straightforward, it works really well. The main reason you should buy this game is if you have never been to Disneyland, or you have children in your house, or both.

While it’s a good visual showpiece, the controls are a mixed bag and ultimately drag down what is, a very good game. The game is worthy of a purchase if you love the Disney characters and everything regarding that.

Accurate representation of Disneyland. Competent graphics. Some attractions are a lot of fun.

Controls are a mixed bag. The jobs given by the Disney characters are quite simple.

The main reason you should buy this game is if you have never been to Disneyland, or you have children in your house, or both. While it’s a good visual showpiece, the controls are a mixed bag and ultimately drag down what is, a very good game. The game is worthy of a purchase if you love the Disney characters and everything regarding that.

A copy of this game was provided by developer/publisher for review purposes. Click here to know more about our Reviews Policy.
Tagged With: Kinect, Kinect Disneyland Adventures, xbox 360