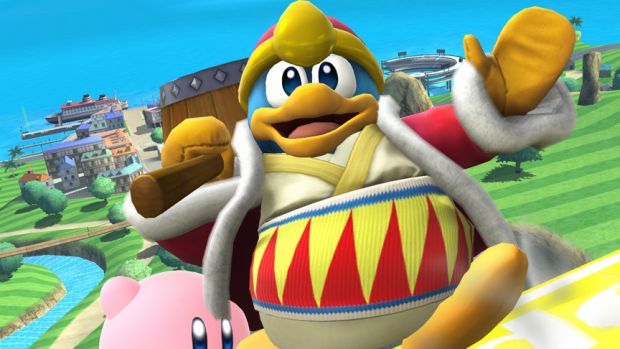 Yet another character was revealed to be joining the lineup for the upcoming Super Smash Bros. game, set to release across both the Wii U and the Nintendo 3DS. The character you ask? The mallet wielding King Dedede from the beloved Kirby series. This news comes courtesy of Miiverse from game designer Masahiro Sakurai. The notice read:

“Pic of the day. Celebrating the launch of Kirby: Triple Deluxe in Japan, King Dedede joins the battle! Check out his evocative facial expressions on the official web site.”

As you can see, the news here is twofold. One that Kirby: Triple Deluxe has released in Japan, great news as there has been a serious lack of Kirby games of late – although a 3DS Kirby title is being released soon -and two, King Dedede is now an official part of the roster.

What are your thoughts on King Dedede’s inclusion in Super Smash. Do you think there was a better Kirby character they could have picked?