Kingdom Come Deliverance Interview: Making The Most Complete RPG Ever

Kingdom Come: Deliverance isn’t your usual open world experience. The main character isn’t a gangster or a sociopath or a superhero. Rather, it takes place in medieval times and has you caught up in the saga of kings and knights and castle sieges. More importantly, it’s crowd-funded and has seen an amazing amount of support since the initial announcement.

GamingBolt spoke to Creative Director Dan Vávra about the game including its enormous size, level design, development for next gen consoles, the non-linear story structure and much more.

Rashid Sayed: You guys recently claimed that the map size of Kingdom Come Deliverance will be as big as Red Dead Redemption. Is this the case of all the three acts combined or is this the size of the first act?

Dan Vávra: First Act only. Second Act will add a new map, which will be little smaller and will take place on both maps and third Act will be very big.

Rashid Sayed: How are you tackling level design in such a massive open world, given that there a ton of activities you can do?

Dan Vávra: That’s is one of major challenges – make it all work together =). We are developing set of tools to make it as easy as possible. We have our own software for writing quets which directly exports data into the game. We have set of rules which are applied to every quest design. But it’s still going to be hard =). 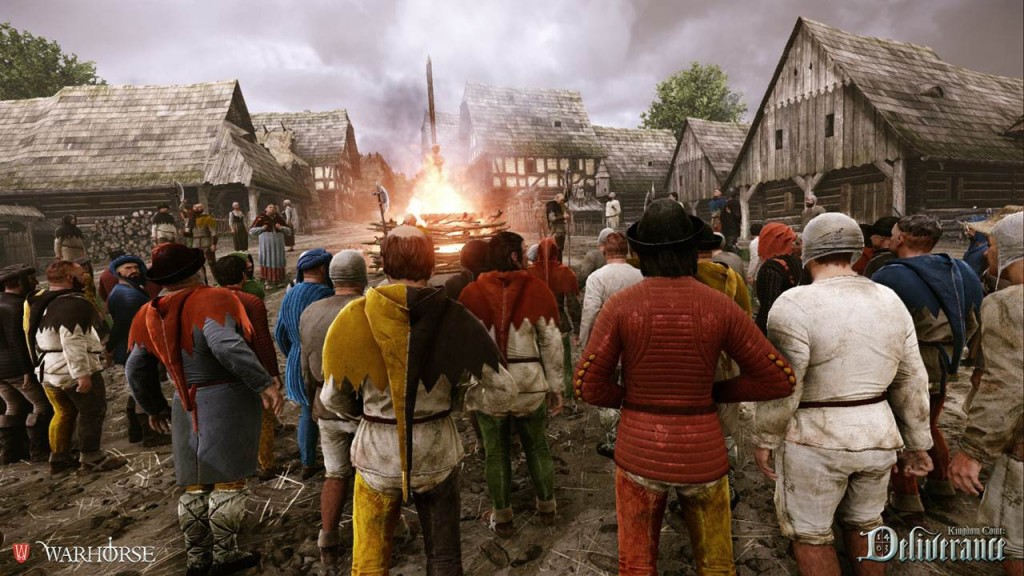 "We did lot of research at the beginning and the world really lives. So when we will try to utilize all of our knowledge, world mechanics and situations, while sticking to our “authenticity is everything” philosophy, we have tons of interesting believable and natural situations for quests."

Rashid Sayed: The game promises to tell a non-linear story. In that case how are you handling the mission structure? Is the player allowed to complete missions in any order and whenever they want?

Dan Vávra: We needed to find balance between good story and nonlinearity. So we are not going to be as free as lets say New Vegas or Witcher 2. The main story has some branches, but still leads to one historic event that can’t be changed. What can be changed are fates of different characters and their relationship to you. All quests on the other hand could be completed in several different ways.

Rashid Sayed: Most role playing games seem to deviate from providing rich side questions by making the player do silly things. How are you planning to keep side quests relevant to the main story line?

Dan Vávra: We did lot of research at the beginning and the world really lives. So when we will try to utilize all of our knowledge, world mechanics and situations, while sticking to our “authenticity is everything” philosophy, we have tons of interesting believable and natural situations for quests.

Rashid Sayed: How are you handling the reputation system in the game? How will NPC’s react depending on the character’s reputation?

Dan Vávra: It’s one of the most complicated systems in the game. I don’t want to go to so much detail. We will introduce this later.

Rashid Sayed: How are large scale battles going to work? Will you have some sort of recruiting system and do you plan to tie it up with the reputation system?

Dan Vávra: You have no power over others in the battle.There is no strategic mode. You are just one soldier out of many. So you will see the carnage from first person. You will see what its like to be a soldier, not general for once. 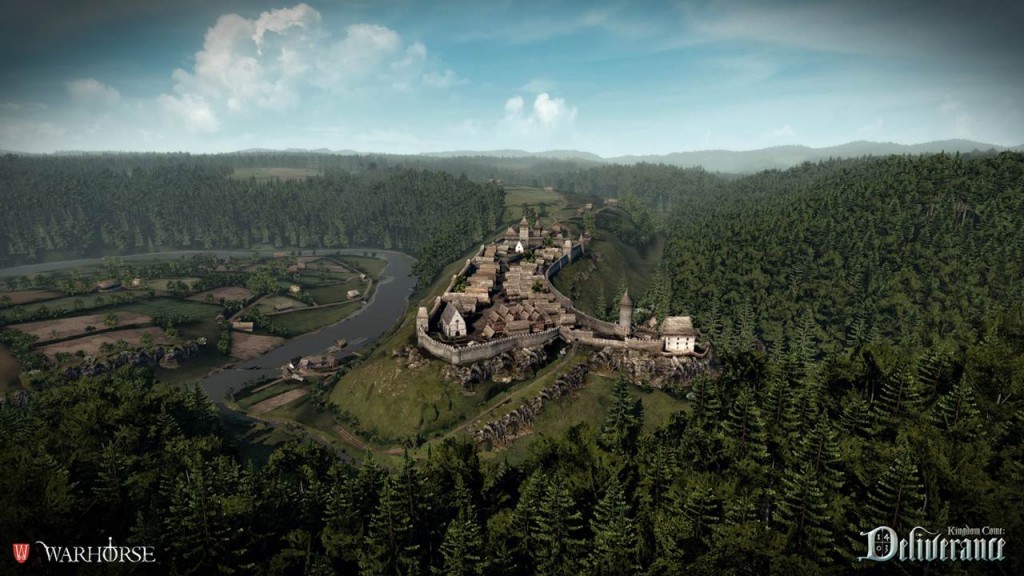 "Acts should be released around 9 months after previous ones. They will work as a kind of DLC, so you need to own the previous act to play the new one. There will be definitely some form of COMPLETE edition."

Rashid Sayed: The Law system in other role playing games like The Elder Scrolls follow a strict location by location rule. If the guards spot the player, you are as good as dead. Are you following a similar approach?

Dan Vávra: No. We set ourselves much a more sophisticated goal. Again, this is something we want to introduce later, when it’s ready.

Rashid Sayed: In my opinion, animation is one of the reasons why Kingdom Come Deliverance looks so realistic. Whether it be horse riding or combat, animation looks amazing. Tell us how did you approached animation when you started working on the game and how are you bettering it even further?

Dan Vávra: If you like it now, you will really love it later! Because, now most of the animations are just handmade and temporary. Our horse animations could be improved a lot, combat system has only like 10% of animations it should have, most of the stuff will be motion captured when the time comes.

Rashid Sayed: What can you tell us about the release date of ACT 1? Furthermore when can we expect ACT 2 and 3? Are there plans to club them together in a single package?

Dan Vávra: Acts should be released around 9 months after previous ones. They will work as a kind of DLC, so you need to own the previous act to play the new one. There will be definitely some form of COMPLETE edition. 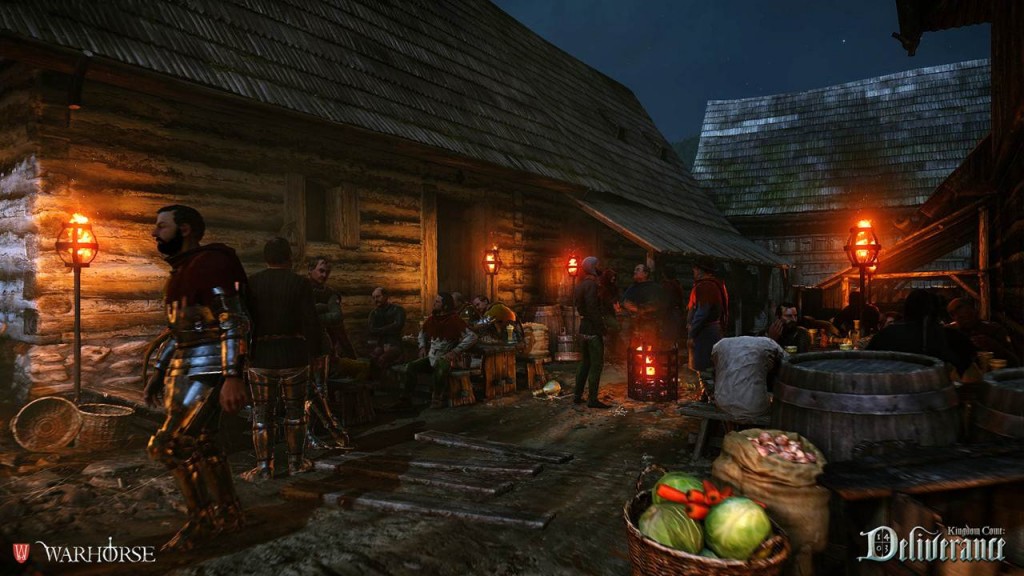 "Where Ryse has tens of minutes of dialogues, we will have tens of hours. It’s also different to prepare cut scene for Ryse, where you have total control over the situation, lighting and scene and Deliverance, where weather, time of day and the scene is defined by the emergent world and you can’t control it."

Rashid Sayed: How will the leveling system work in the game? Also, what about skills?

Dan Vávra: There are no class restrictions, you can be anyone you want. We have tons of skills for basically everything you could do in the game, every weapon etc. and then stats, states and perks.

Dan Vávra: Well, we share the same tech, so the only difference is the size and scope of the game. So technically it’s same, but where Ryse has tens of minutes of dialogues, we will have tens of hours. It’s also different to prepare cut scene for Ryse, where you have total control over the situation, lighting and scene and Deliverance, where weather, time of day and the scene is defined by the emergent world and you can’t control it. So of course, we will have to make some compromise between quality and quantity, the performance capture could be used only for cutscenes and not for every in-game dialogue, but the quality is gonna be much higher.

Rashid Sayed: What can you tell us about horse riding? Are you planning to add dynamic elements to the horse which will affect how the player performs in the battlefield?

Dan Vávra: Yes, the horse has its own AI and could be a little bit unpredictable. 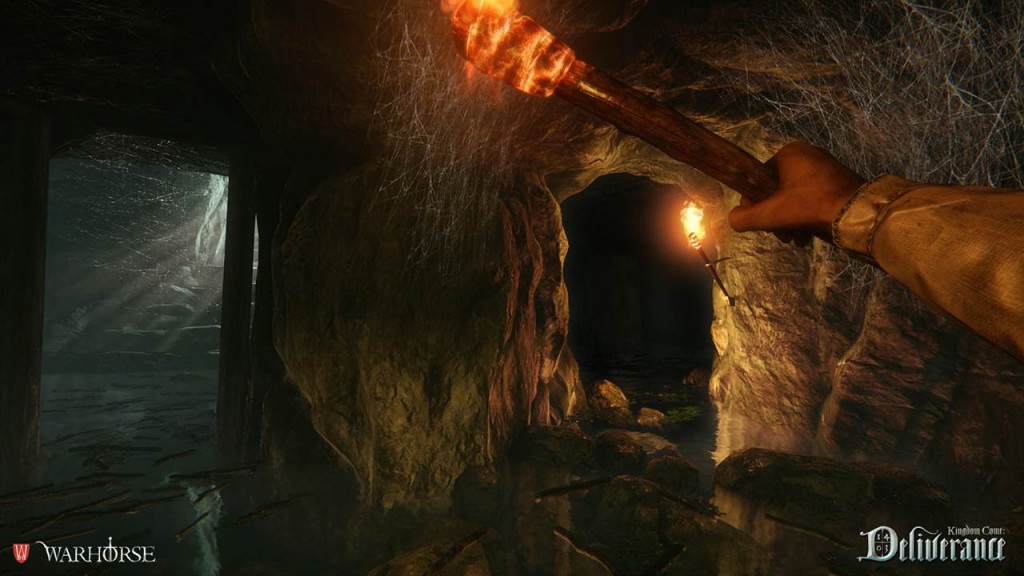 "Yes. It's actually the plan [to develop a franchise], I doubt that anyone will believe me in this money driven world, but it's not because of our greed to milk the franchise, but because there is a very interesting story to tell."

Rashid Sayed: What is the status of approval of bringing the game to PS4 and Xbox One?

Dan Vávra: By the time this interview is released, our relationship with console manufacturers and more details about platforms will be most likely already announced. We are working on it now. [It’s confirmed for next gen consoles].

Rashid Sayed: What are your thoughts on the PlayStation 4? How do you think the amount of GDDR5 memory in it will help the development of the game once you guys start working on it?

Dan Vávra: We think that both consoles are great. It’s a huge leap forward and our game should be running pretty well on both of them. Its too early to tell about the details now, we are not that far to judge them now.

Rashid Sayed: What can you tell us about the technical details of the engine that is running the game? What kind of modifications have you done to CryEngine in order achieve spectacular graphics, physics, scalability and extension to next gen consoles?

Dan Vávra: Most of the stuff we are making on top of CryEngine are the tools and features that are specific for our game. Our clothing system for example lets us to have 16 different pieces of clothes in four layers on every character. Each piece can have any color, could get dirty, damaged or have blood stains. This allow us to create characters for the game very fast and as complex as no other game before. Some very famous developers already asked us if we would like to share this tech with them.

Rashid Sayed: Kingdom Come Deliverance seems like it has the potential to be a long running franchise. Do you think you will be able to extend the world and add more acts? Make it an ever evolving world, may be?

Dan Vávra: Yes. It’s actually the plan, I doubt that anyone will believe me in this money driven world, but it’s not because of our greed to milk the franchise, but because there is a very interesting story to tell. Deliverance is a prequel to large historic events and most of the characters in the game have some roles in those events, so it would be cool to follow their story.