Sounds like the game is going to have plenty of gameplay variation. 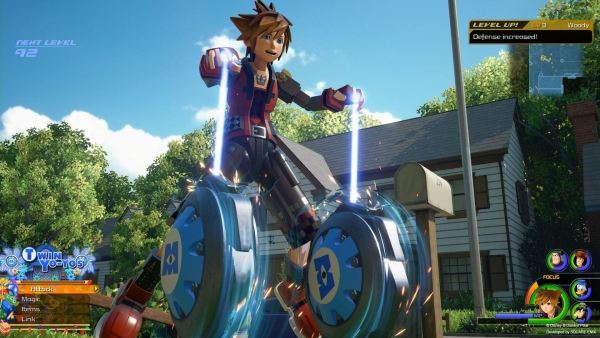 Kingdom Hearts 3 is going to have plenty of variation in terms of gameplay styles and mechanics, which is going to be be driven primarily by the variety of worlds included within the game that players will be visiting. That’s according to Square Enix’s Tai Yasue.

Japanese gaming magazine Famitsu recently sat down for an interview with Square’s Tetsuya Nomura and Tai Yasue, and the pair spoke about quite a lot of stuff, revealing plenty of interesting details. When asked about the variation in gameplay in Kingdom Hearts III, Yasue mentioned that there’d be plenty of it, thanks to each world having unique mechanics for players to fiddle with.

“Each world adopts new features,” Yasue said (translation via Goldpanner and Khinsider). “In OLYMPUS, which you can play a demo of, you can dive from the sky and climb walls. OLYMPUS in particular has a sense of scale to it. Also, KHIII includes the evolved forms of gameplay from past titles in the series. For example, the multi-storey maps from KH3D are even more powered up in KHIII – not only can you kick from wall to wall, you can now also run straight up walls. We have adopted all sorts of elements that allow you to really adventure, and the maps are vertically expansive.”

Kingdom Hearts 3 is expected to launch sometime this year, but it does not yet have a more concrete release date. We expect it to be one of the main attractions at Square Enix’s E3 showings in a couple of weeks, so that’s probably when a release date will be announced. Stay tuned to GamingBolt for continued coverage.