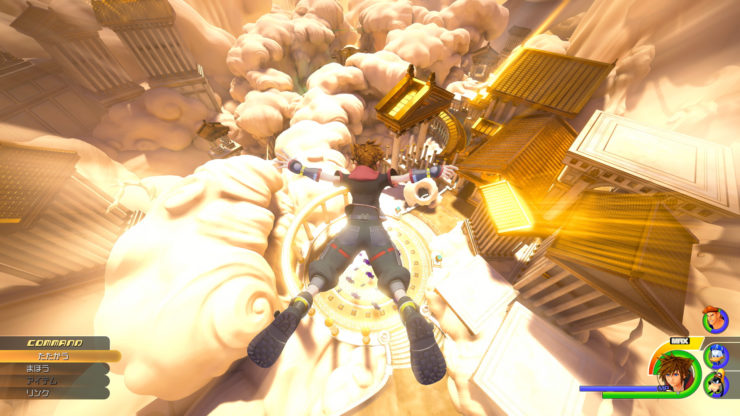 As Kingdom Hearts 3 edges closer to its as of yet unspecified 2018 release, we’re starting to hear more and more about the game. We have some more info for you today, and even though it isn’t an official confirmation by Square Enix by any means, it certainly qualifies as interesting information.

As per a scan of a blurb on Kingdom Hearts III written by the PlayStation Official Magazine Australia (scan provided byKH Insider), it seems like Riku will be a playable character in the game, with perspectives being split between Riku and Sora. What’s more, as per the blurb, worlds based on Tangled and Fantasia will also be featured in the game.

“The latest game in the Disney-meets-Final-Fantasy mash up series is split between the perspectives of best buds Sora and Riku,” the blurb reads. “You will meet a host of new characters whose help you’ll need to stop the evil Keyblade war. Familiar faces and places return but there are new worlds to visit inspired by Toy Story, Fantasia and Tangled.”

The scan also goes on to reveal some details on Kingdom Hearts III’s gameplay and some new mechanics, mentioning new weapons and combat improvements, before notably claiming that players will now also be able to wall-run. “The flow of the action too will be recognisable for fans but there are a few tweaks,” the blurb reads. “For example, Drove Forms return with new weapons, and combat movement has also been improved; you’re now able to wall-run and even climb larger enemies.”

This is, once again, not an official confirmation, since Square Enix themselves haven’t made any such announcements yet, but given the fact that this scan seems to be from the Official PlayStation Magazine, it definitely seems like it could be credible. Either way, stay tuned to GamingBolt, and we’ll keep you updated on this.