The new Kingdom Hearts BBS is almost here. I know its not Kingdom Hearts 3 but its still going to be awesome. The game comes out 9/7/10 for $39.99 and the PSP bundle pack is going to run for $199.99, includes the game and the new PSP 3000. The story takes place 10 years before the events of the first Kingdom Hearts. This time around there are three new protagonists Terra, Aqua, and Ventus each with their own story mode and unique abilities. The game will feature a 16:9 wide-screen presentation, four multiplayer modes, and the American version will include extra boss battles and harder game difficulty options. 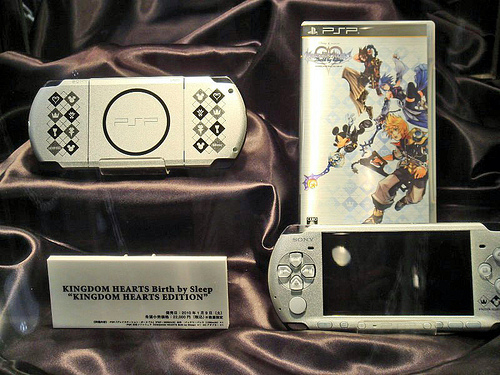 Update: The footage is no longer available.