Kingdom Under Fire II Coming to PS4 in Summer 2015

But, there is a catch. 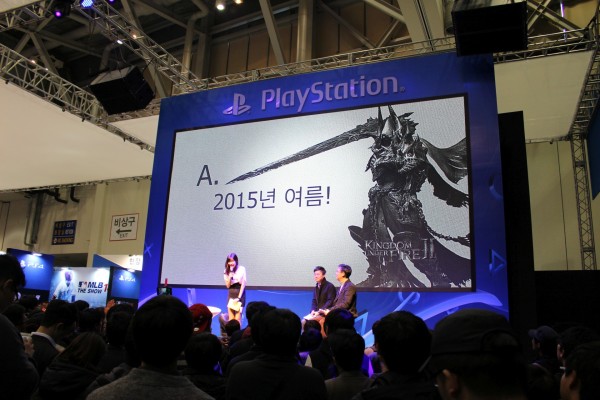 If you’ve been waiting for Kingdom Under Fire II to just f@#%ing come out on (either on the PlayStation 4, or the PC) already, then maybe this news will be heartening to hear for you- it appears that, at least in South Korea, Kingdom Under Fire II will be launching on the PlayStation 4 in Summer of 2015. And if it’s launching there then, then a launch for the rest of the world can’t possibly be too far behind, now, can it?

It is, of course, great to see that the game actually exists in a finished state, and that we might have our chance to go hands on with it very soon, though of course, questions regarding the PC version, and the western release date, still abound. We don’t know yet as to when we’ll learn more about either of those two, but stay tuned to GamingBolt, and we will keep you posted.