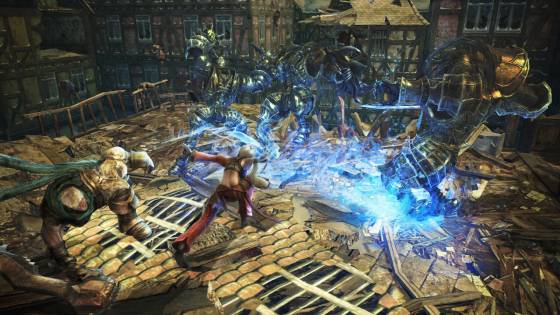 Namco Bandai have released a new gameplay video for their upcoming game, Knights Contract. It looks pretty interesting. See it yourself in the video given below.

In Knights Contract, take a journey through a medieval world of swordsmen and magic where witches have been hunted and brutally exterminated. The game will follow the twisted tale of Heinrich, an immortal executioner, and Gretchen who is a resurrected witch. Once the victim of Heinrich’s blade, Gretchen now has him by her side and the two must work together to rid the land of the malicious enemies who has curse its people. Knights Contract will be available throughout North America on February 22, 2011 for the Xbox 360 video game and entertainment system from Microsoft and PlayStation3 computer entertainment system.