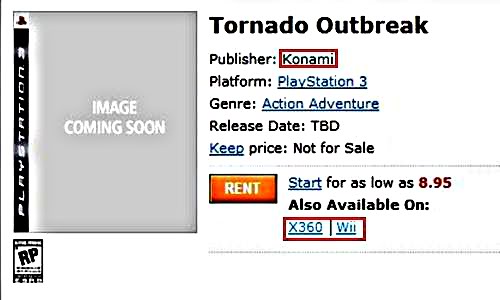 To start this off, Today Kojima posted his teaser about his next project, the teaser shows a count down timer, with a 5 flashing every 5 seconds.

So, today I noticed something interesting on Gamefly, it’s something I read over the internet and decided to further research this. There are tons of people going around saying “The game is called Tornado Outbreak”, and stuff like that, so I decided to look up this game called “Tornado Outbreak”, what I found out is, it’s a game published by Konami, and it’s multiplatform, though there is no mentioning of Kojima Productions, but from from the photos weve seen from the teasers, there is a a storm, a “Tornado Outbreak” in the background.

Could this be what Kojima has been working on? Then why did he have a 5/S on his teaser? We have so many questions, but as we all know, this is Hideo Kojima, and he can surprise us all.

Like i said, there is no proof that this is a game developed by Kojima, it only says Konami, but “Tornado Outbreak” has just made it to the “What could this game be?” topic everyone has been talking about. 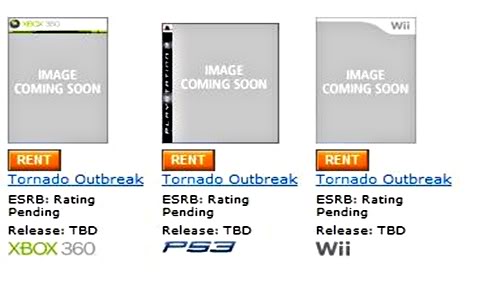 Give us your thoughts! what do you think about this?

And we will keep you guys updated about everything related to this, so stay tuned to GamingBolt.com for more news!