L.A. Noire – Putting the Video back into Video Game?

L.A. Noire is one of those games that has had a long and winding development cycle. With countless delays and a few platform uncertainties along the way, it now finally looks set to release this year in May. With the game having such an allusive focus on the film noire setting and story will L.A. Noire be able to, like games such as Heavy Rain and Shenmue before it, push the graphics and story of the gaming medium further than ever before?

L.A. Noire is the opening project for the upcoming Team Bondi and is set to be published by Rockstar games for the 360 and PS3. With such a strong reputation behind them, people tend to listen when Rockstar publishes a game. I’m sure there are those rolling their eyes at the thought of giving such notoriety to a game from a new and potentially inexperienced developer, but Team Bondi come from a strong enough pedigree to make the hype worth conjuring. 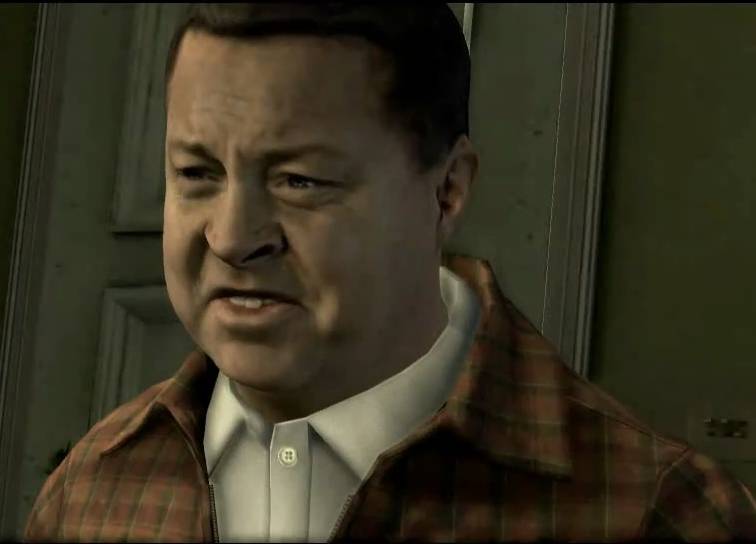 With the most realistic lip-synching seen in a game to date, L.A. Noire could redefine story telling in games

The game is, unsurprisingly, heavily inspired by the stories and presentation of the film noire genre and the title will attempt to place the player within “a perfectly re-created Los Angeles of 1947.” The writer of the game’s story and head of Team Bondi, Brendan McNamara, was once renowned for his scripts for the Getaway series on PS2. Considering the similar focus on crime and thriller elements, we can expect the story in L.A. Noire to be just as engaging as the stories from the two Getaway games. We don’t have a huge amount of info on the story specifics yet, but we do know that players will control a WW2 veteran by the name of Cole Phelps in his job with the Police as he solves various crimes across the city.

There also isn’t a huge amount of detailed info regarding how the game will play. We know that the game will have a heavy focus on mystery and crime solving, more in the vein of an adventure game than traditional combat orientated titles. The game will still contain the open ended feel seen in the Getaway series and other titles published by Rockstar. On this note however Rockstar have mentioned that L.A. Noire will be an open world game as opposed to a sandbox title, though what the specific differences are meant to be is a little hard to exactly define.

What we do have some solid information on is the technology that will be powering L.A. Noire, and it seems mighty impressive indeed if the trailers are anything to go by. Lightsprint’s real-time global illumination looks set to bring the bleak lighting of the noire genre to life effectively in the open world environments of the game. What’s more exciting is the newly developed MotionScan technology that will improve facial expressions and lip-synching animations like never before. The technology mainly revolves around an array of thirty two cameras surrounding each actor in an attempt to bring facial animations to a new extent of realism. It may not sound like much, but the trailer footage speaks for itself. With facial animations of this kind of quality being possible with the MotionScan tech, we can only hope that more titles incorporate similar systems in the future.

The aural aspect of the presentation also looks set to blow potential audiences away. The game is set to include over twenty hours worth of voice acting including Aaron Staton of Mad Men fame contributing his voice to the game’s protagonist. If Team Bondi are also able to capture the noire feel in the background music, then there’s no reason why L.A. Noire won’t have one of the most immersive and stylised soundtracks of 2011.

If the real game looks anything like the screenshots, we're in for a visual feast with L.A. Noire

There just isn’t enough concrete information around to decide how L.A. Noire will shape up as a complete gaming experience. From what we do know already however, it is easy to see that the game will push forward the serious story telling capacity of the medium. With some impressive graphics on a technical level and a stylised and coherent style on the artistic side of things L.A. Noire could well be one of the best looking games ever. With the writing and voice acting coming from a similar background of experience and excellence we could see Rockstar’s latest pet project striking a chord within video game storytelling in the same way that Heavy Rain did last year. In a never ending wave of nameless shooter titles, it will be nice to see a more relaxed and story orientated title hit the big time instead. The noire genre is also horridly under-represented in gaming at the moment but, with a little bit of luck, L.A. Noire will change this when it launches May 17th for the Xbox 360 and PS3.