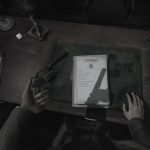 Coming exclusively to HTC Vive, the VR version will include seven cases for players to investigate.

L.A. Noire Remaster May Be Headed To Nintendo Switch- Rumor 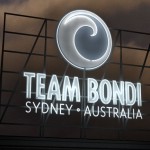 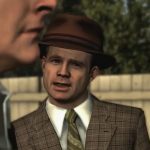 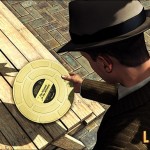 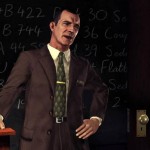 The abusive work conditions at Team Bondi, which came to light a few months back have had some undesirable side-effects for the studio. Understandably, no one wants to work there and Team Bondi boss... Read More

Rockstar have announced that LA Noire will hit PC this fall along with 3D support. Check the PR below: PC gaming aficionados, we hear you. And today, we are very happy to announce that L.A.... Read More

The penultimate DLC case for L.A. Noire, “Nicholson Electroplating” is now available for download via PlayStation Network (£3.19) and Xbox LIVE (320 MS Points). For holders of the Rockstar Pa... Read More

L.A. Noire is a game that will be remembered for a very long time for various reasons. But if there is one thing that gamers and the industry as a whole will probably never forget about the game is it... Read More

Rockstar seem set to release the first official info on LA Noire's debut DLC next week. It said in on Twitter overnight: "Look for news on LA Noire DLC next week!" The 'Nicholson Electroplatin... Read More

[drop-cap]Y[/drop-cap]esterday we presented to you some awesome direct feed screenshots from the PS3 version of LA Noire.  Today we bring to you a feature where we have compared the PS3 and Xbox ... Read More

Is LA Noire the most realistic looking PS3 game to date?

[drop-cap]I[/drop-cap] know, as soon as our readers will read the headline, majority of them will state that Uncharted 2 takes that throne. Agreed. But Uncharted 2 is more of a technical show case for... Read More

[drop-cap]L[/drop-cap]A Noire is a detective game that is based in the 1940’s. Rockstar and Team Bondi have done an awesome job of recreating the look and feel of those times. But how does the ... Read More

[HTML1] Gameplay footage of L.A. Noire has hit the net, and shows off some of the game's side-quests. As you're going about your many assignments, you might get a call on your police radio call... Read More

[HTML1] Rockstar have just dropped the launch trailer for upcoming open-world crime thriller L.A. Noire. If you're at all excited about the game's release (which you bloody well should be) then you... Read More

I've always had a thing for games that ship on multiple discs, so it comes as good news for some that Team Bondi and Rockstar's upcoming open-world title L.A. Noire will ship on three discs for the ... Read More