Large patch for Alien vs Predator released on Steam

Rebellion have released a large patch (full of fixes) for Alien vs Predator. The Patch has been released on Steam.

VG247 states that one of the main additions is that players no longer need Steam to run dedicated server files, along with the dedicated servers now able to use DLC maps, like Swarm which was released last week.

Here is a list of all the updates the new patch includes. 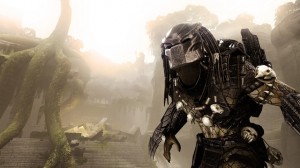 Tagged With: Alien versus Predator, Steam